After a rather rough night and a bit of a rocky start this morning, today actually went very smoothly.It was a fairly quiet day with only three daycare kids.
The rain we had Monday and Tuesday finally moved on, and temperatures warmed up a bit. It was too wet to play in the yard this morning so we made use of the front porch instead. In the field across the road from us were a couple horses we enjoyed watching. 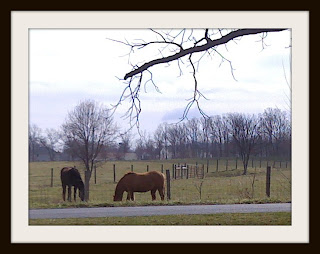 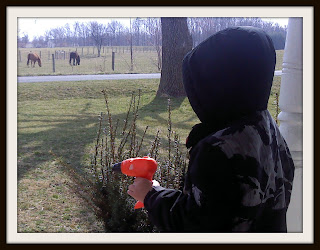 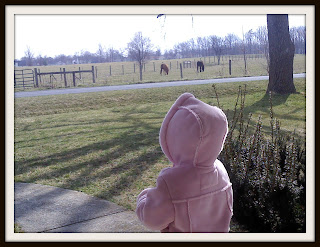 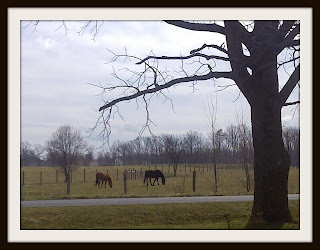 Austin was in charge of lunch today and served scrambled eggs, bacon, toast, hash browns and ﻿fruit cocktail. It was scrumptious.
I guess Michael's midnight awakening made him extra tired today because he took a nap, even though Amanda fed him chocolate just before naptime. All three of the other little ones slept also so I took a much needed nap on the couch.
By this afternoon it was dry enough that we could play in the yard. The kids had fun and Doug puttered around with the old mower. He would like to get it running so Austin can use it this summer. 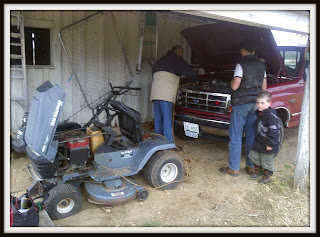 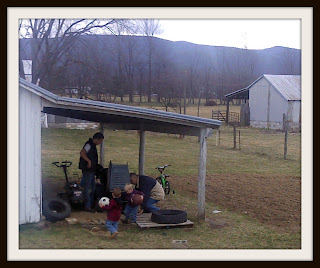 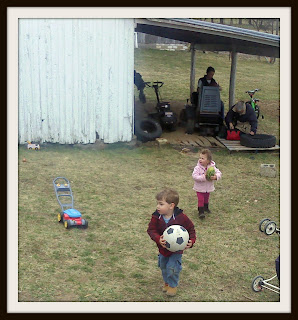 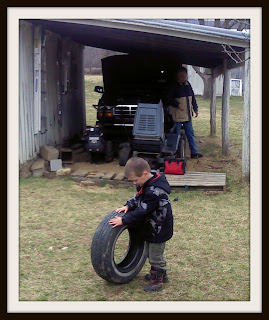 Michael was so happy to have his beloved sister (that's his name for her, "Sister") give him a ride on the riding lawn mower. 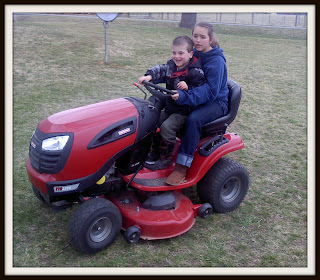 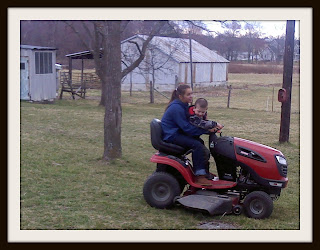 Doug took Austin and Michael to church this evening. Amanda made the rest of us taco pie, corn, grapes and chocolate chip cookies for dinner. She is getting so good at making her chocolate chip cookies that she has the recipe memorized.
Cayson's mother stayed for about an hour when she came to pick up Cayson and we had a nice visit. It was just one of those times when it was nice to sit and chat about nothing in particular, whatever popped into our minds at the moment.
I got the laundry room decluttered today and it looks so much better. I don't know why the tops of the washer and dryer are such inviting places to set random things.
Now everyone but me is sleeping and hopefully I will be soon. Michael is restless again so far tonight but is sleeping at the moment. Hopefully he can get some rest tonight.
Posted by Rose @ Walnut Acre at 11:31 PM