Thoughts After the Earthquake in Japan 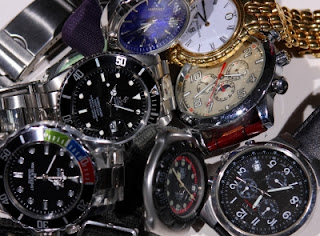 photo credit
I awoke yesterday to the news of the earthquake in Japan and followed it throughout the day. It's horrifying, it's heartbreaking, and very sobering.
I wrote several of my usual blog posts yesterday but they seemed so trite, given the suffering that others were going through. I felt like I should somehow be doing something to make things better, or writing something about the earthquake, or . . . almost anything but the mundane day to day writing and other daily activities that I was continuing to do, by rote.
That morning in Japan started out like any other typical day in the lives of many of those people. People woke up, completed morning routines, and began their day as usual. They had no idea that their lives would be changing dramatically before the day was over. Casual goodbyes were said, the normal daily conversations, some pleasant, some not so pleasant. And that's where I get stuck.
Normal day to day conversations - some pleasant, some not so pleasant. Normal routines by people who had no idea that their lives would dramatically change in a matter of hours.
And I wondered, how many would have changed their routine, how many would have said something different, how many are looking back and wishing for those last hours back so they could make changes for the better? How many look back and say I used that time well? I wonder, if I knew my life was going to be irrevocably changed in a few hours, what would I change? What would I make sure I say? What would not say? Are there things that I would change to make the most of the time we have?
The truth is, I have no idea what will happen today. I have no way of knowing what events will unfold. The only thing I really have is this moment, right now. Now is when I need to let those around me know I love them.
Now, not later. Because I don't know what will happen later. Now is all I have.
Posted by Rose @ Walnut Acre at 7:59 AM