﻿Here is my second edition of Our Hero, where I spotlight some of the things my husband does for us each week. It is all too easy to take these things for granted and this is one way of making sure I remember how blessed I am.
This has not been the greatest week for Doug but I have to say he's handled it with grace humor.
The biggest problem he's been having to deal with is our septic system. The system was inspected just before we moved in the middle of November but now is having issues. And those kinds of issues are not fun to take care of. But . . . he's taking care of them. And tomorrow we have someone coming out to check things over and tell us where we need to go from here.
Taking the trash to the landfill is a weekly chore for him that he takes care of for us cheerfully. 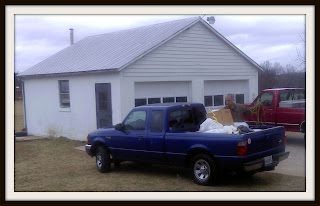 Doug has a very old victrola that was his grandmother's. Michael was asking questions about it so Doug took the time to show him how it worked and even got it to play a little music. Michael was so thrilled. 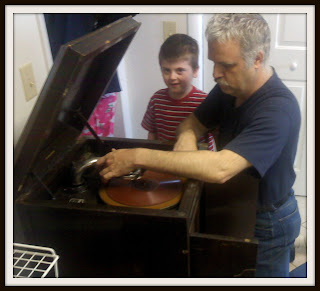 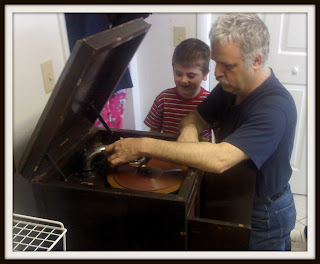 He bought and assembled an outdoor cooker and then because we didn't have anything else on hand right then to put in it quickly, he cooked us some hotdogs. I can hardly wait to make some Shrimp Gumbo in it although the kids aren't that enthused about that idea. I think hearing that one of the ingredients is okra turned them off a little. 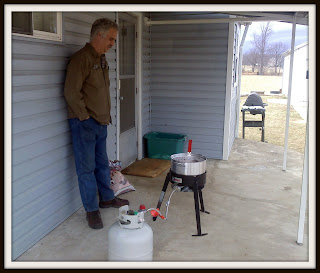 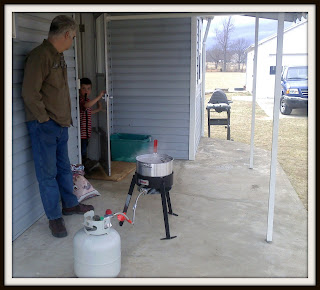 Oh, a side note here. When I was reading the manual for the cooker one of the first statements I read was this -
Sober adult operation ONLY!
Alrighty then.
And one of my favorite things Doug did last week was to buy us a new bird feeder and put it up. Our old one blew down in all the wind we had the beginning of the week. It was here when we moved in and really old and falling apart anyway. So I'm so happy to have this new one up. 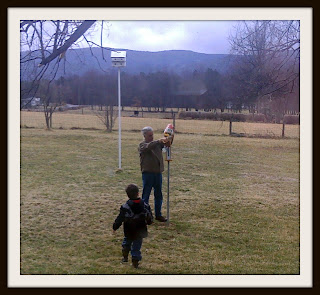 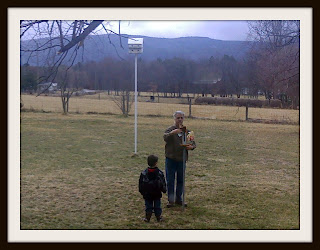 And those are some of the things our hero has been up to lately.