Around here every day is different. Although I may have a plan when I get up in the morning there are still so many unplanned moments and fun things. As well as some not so fun things. But . . . it's never boring.
Michael got a bicycle for Christmas and loves it. But for the past few months he's mostly been pushing it around the yard. Occasionally he would push it to the top of the hill and then coast down. But today he was ready to start trying to pedal. He was so proud of himself! And I was very proud of him too. 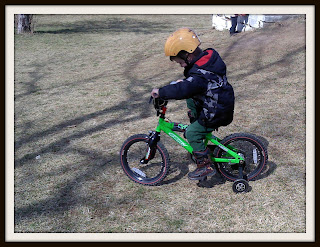 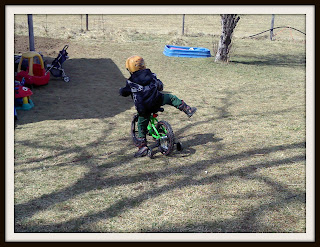 ﻿
Austin made Tortilla Pizzas for lunch and they were really good. He added a very small amount of pizza sauce, spread on the tortilla before the cheese mixture. He also added pepperoni too about half of them. 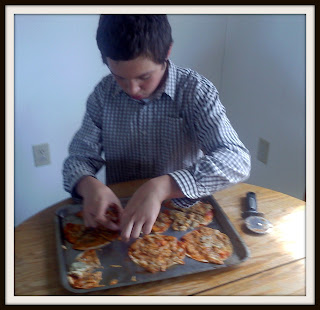 When I was outside with the kids this morning I was walking around looking at some of the random things that were left here by the people who lived here before we bought the house. There was a small pile of cinder blocks. There was also a pile of boards. A lot of the boards had been there so long they were starting to rot but there were also some that were in fairly good condition. I was wondering what good use we could make out of some of these things. I've also had it in the back of my mind that we would soon set up a little outdoor play kitchen for the kids to play in. So I decided to make a makeshift "kitchen" for the kids to have fun with. Austin and Amanda helped me stack blocks to make three short pillars, then we put a few boards across the top. Add some dishes and containers, put a little table nearby and Viola! - a kitchen. 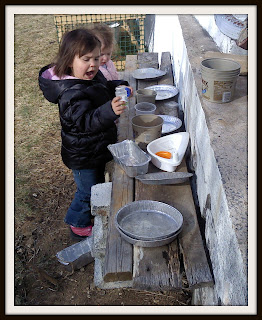 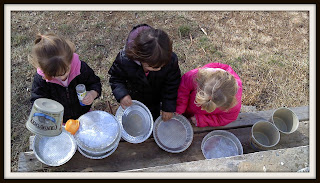 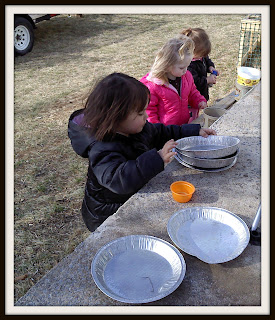 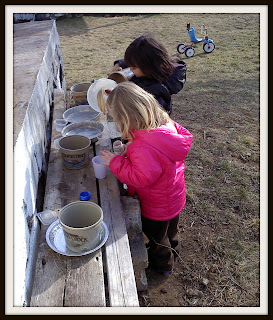 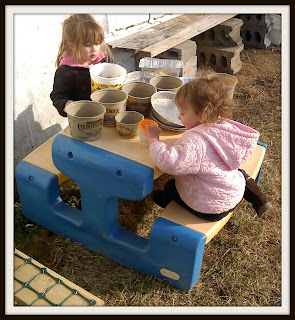 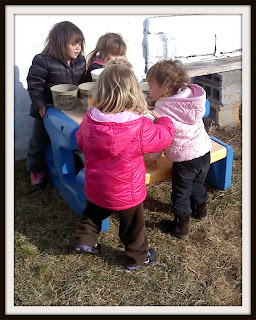 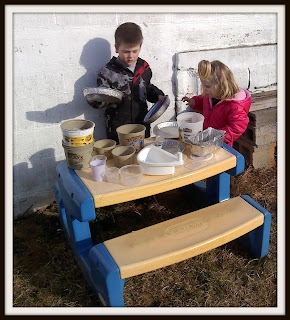 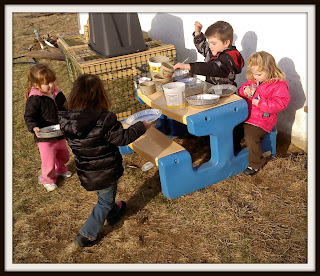 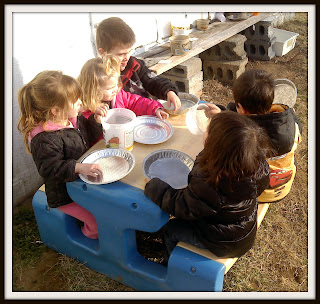 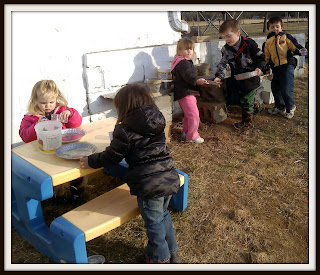 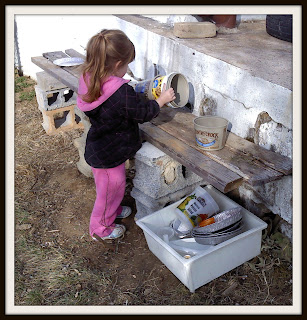 This evening Doug brought home ice cream, a variety of toppings and soda. So we had an impromptu ice cream party. It was a good end to a good day.