Hi, I'm so glad you decided to come by. Feel free to look around and stay awhile.

My name is Rose and I am a wife, mother, Christ follower, homeschooler, childcare provider, homemaker, reader, and many other things as well.

In November 2010 we moved to our new home we now call Walnut Acre. We love it here and are enjoying getting settled in and making it into the home we've always dreamed of. We have a lot planned but the most important things are to remain strong as a family and to follow where God leads us.

I have a wonderful family and I can't wait to introduce you to them. So here goes. 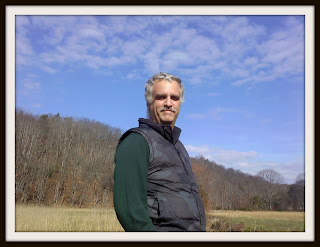 My husband, Doug, is a wonderful husband, father, provider and my best friend. He works at McKee Foods, Inc. as a machinest and has worked their for 18 years. And when he comes home in the evening his enjoyment of working with tools and making and fixing things is still evident in the projects he does around here. He is a good mechanic and does a lot of the work on our vehicles and those of our friends. It has made him very happy to have a garage (he calls it his man cave) on the property we just bought (we didn't have a garage before) where he can work in peace. He is also and EMT and volunteers for our local rescue squad. His scheduled shift is one Saturday night a month from 5:45PM - 5:45AM but he also runs other calls sometimes if he's needed. On Wednesday evenings he helps with the children's program at church. And, since he has so little else to do, he helps with daycare as well, picking up kids from school and doing a lot of the paperwork. I am lucky and proud to be his wife. He is also an Amsoil Dealer. We are hoping this will become a business that the boys can help work in. 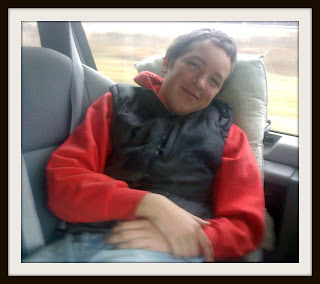 Austin is my oldest and at 15 he is now taller than I am and very proud of it. He's eagerly looking forward to the day when he's taller than Doug as well. Austin loves to build things with his K-Nex, listen to History and Science Fiction audiobooks, play computer and playstation games and help with the daycare kids. He especially loves the babies and they return that love wholeheartedly. He also enjoys doing things with the church youth group. In January of 2010 Austin scared us by climbing a tree and then falling out of it and ending up with a subdural hematoma (brain bleed,) He was in the hospital for two days but thankfully it was a small bleed that stopped quickly and reabsorbed on it's own. There haven't seemed to be any longterm effects from the accident (other than a reluctance to climb trees) for which we are very grateful. 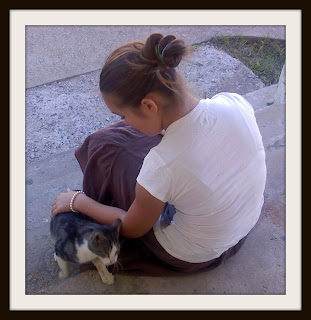 Amanda is a typical 13 year old in many ways although she is very much her own person. She loves animals of kinds and has quite a managerie of pets. Some are supposed to be family  pets but we all know they are really hers. This petting zoo includes two dogs, two cats, and a guinea pig. In the past she has also had pet rats, chickens, hamsters and gerbils.  She also loves to read, and play WebKinz. If any subject catches her fancy she will spend hours on internet researching that subject. One recent one was dogs, and her most recent research has been on "Octomom."  She helps a lot with the daycare although she is a little wary of tiny babies. She really shines when helping with children with special needs, like L. who has autism. She has a natural sense of humor and the patience needed to reach them when sometimes others can't. 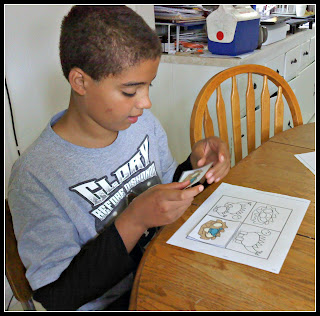 CJ came to live with us in October of 2011. CJ loves to try to build things with wood, grow plants in the garden, do paper crafts and cook. While he deals some learning disabilities and other challenges he also lives life to the fullest. He's always has a plan or a big idea.  He and Michael share a room and are best friends one minute and worst enemies the next - just like brothers. 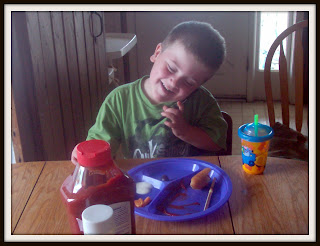 Michael is our adopted son who came to us through foster care. He was born at 27 weeks and spent the first three or four months in the hospital. When I got him at 5 months old he was in the hospital again with respiratory problems. I was able to bring him home along with all his equipment (heart monitor and nebulizer), medications and lots of instructions. But the doctors weren't sure if he could hear or see and hinted that we really shouldn't expect much at all from him. There were just too many strikes against him. He was not developing well, and his muscle tone was extremely poor. For the first two weeks at home with us he did pretty well. If he did set off the monitor a little stimulation, such as talking to him or picking him up seemed to bring him right around. And of course there were all the false alarms when he moved wrong and a wire came loose. It's often hard to tell exactly what sets off the alarm. But early one morning (around 3AM) the alarm went off and I knew as soon as I reached for him that something was wrong. He wasn't breathing and talking to him and moving him wasn't working. I put him down to start CPR and reached for my phone to call 911. Just as I was about to start CPR he gasped a few times and then began breathing normally. At the hospital he did the same thing again so they sent him to a larger hospital just across the mountain. There doctors decided that his airways were very small and that surgery was required to widen them a little. After surgery there were complications with pnuemonia. Finally he was well enough that the doctors decided to try to take him off the ventilator so he could start breathing on his own again. First one, then two tries were unsuccessful. I was told that they would try one more time and if it didn't work they were going to have to do a tracheotomy. The third try was set for late Sunday morning. I asked for prayer in church that morning before leaving early to be at the hospital when they tried. When I reached the hospital I found that they had already tried and it was successful and he was breathing on his own. Thank God for answered prayers. From that point on he steadily got better but we still had a lot of hurdles to cross. Michael did not walk or talk until after his second birthday. But once he really got started he took off. Now at five he runs, jumps, climbs, dances, talks, count to 12, knows his letters and numbers and all of his colors and shapes. He has wonderful problem solving skills, sometimes too good when he wants something he's not supposed to have. There are still things that concern us - sensitivities to cold and noise, extreme temper tantrums, mood swings, very restless sleeping at night to name a few - but we have come a long way and I am very proud to have Michael as a son.


Now that you've "met" us I hope you will follow along with our adventures as we continue to provide childcare for kids, deal with special needs, homeschool, garden, cook, craft, and have all kinds of adventures.