I've been way off my usual schedule posting here for a variety of reasons. My computer went through an update that somehow threw off everything and I had to reset some things in order to even post here. Saturday I was just plain lazy - CJ left for part of the day and Michael went with Doug to work on a friends car. Since the house was so nice and quiet I went back to bed and took a nice long nap. Then Sunday I was at church until almost 4PM practicing for the Easter play.

But we did do some fun things and I got some pictures that I will share here.

Saturday afternoon Amanda and I went to the SPCA  for a couple hours. This Norwegian Elkhound/German Shepherd mix was one of Amanda's favorites and she spent quite a bit of time with it. Her name is Jazzy and she's still a puppy. 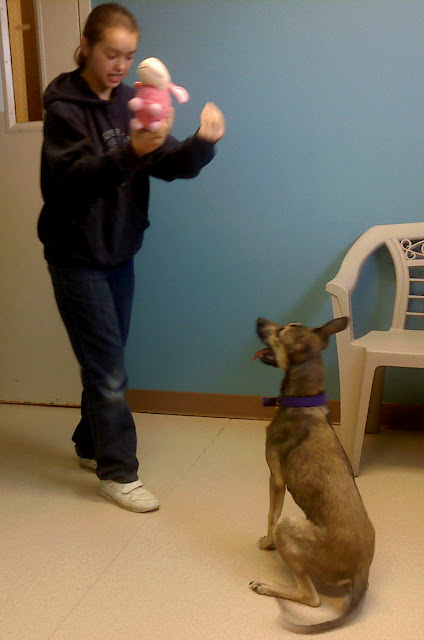 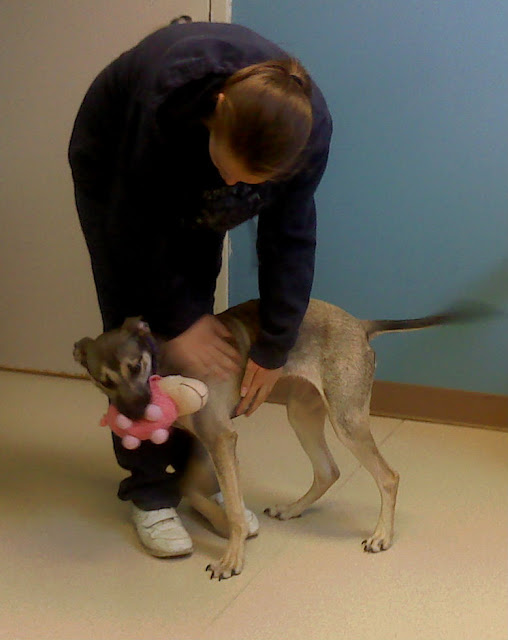 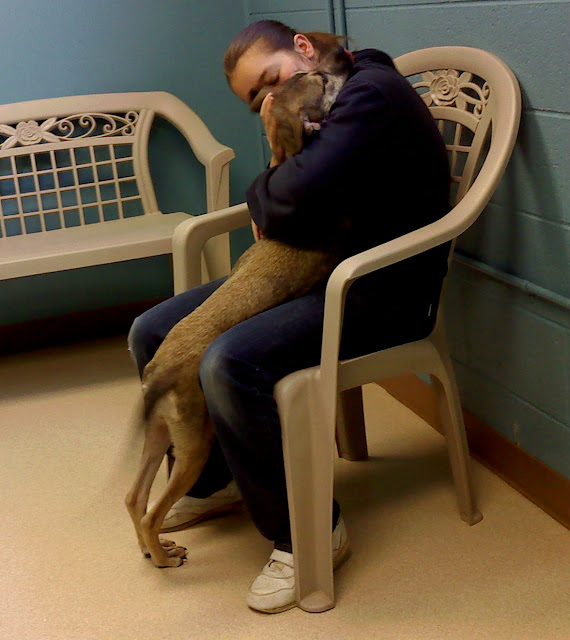 Wagons have been a big thing this weekend. We had someone else's Saturday for a while and Michael was just fascinated with it. CJ kindly gave him a ride in it and he enjoyed pulling it all over the yard. 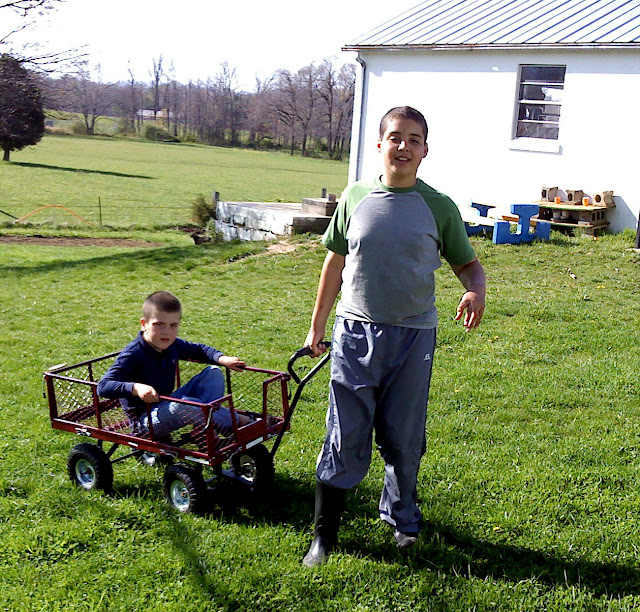 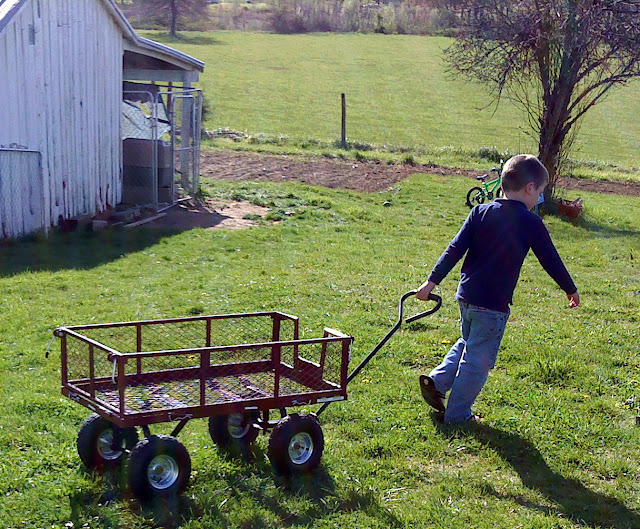 So Doug bought one to have here and he has been having so much fun with it. Of course, the rest of us are getting a workout because his favorite thing is to be pulled around in it. 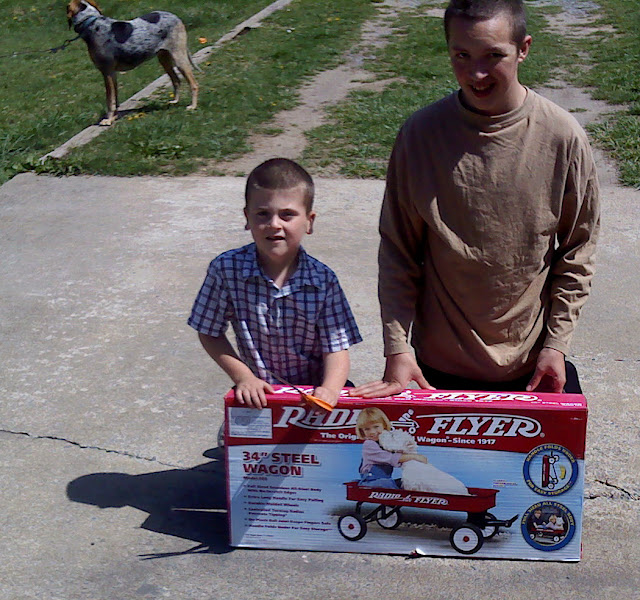 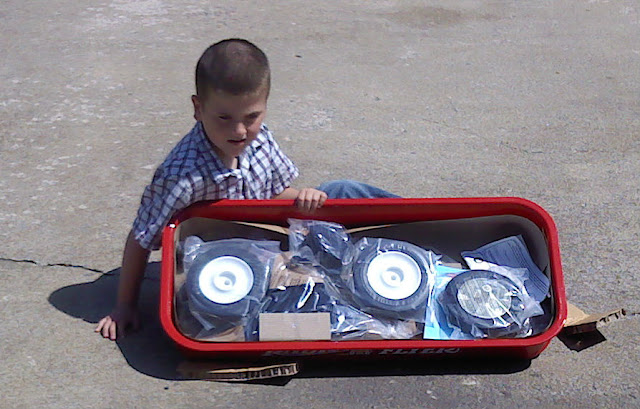 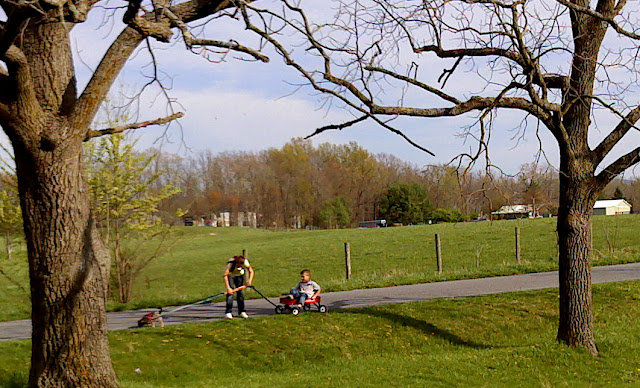 Sunday evening CJ made us some delicious fudge! 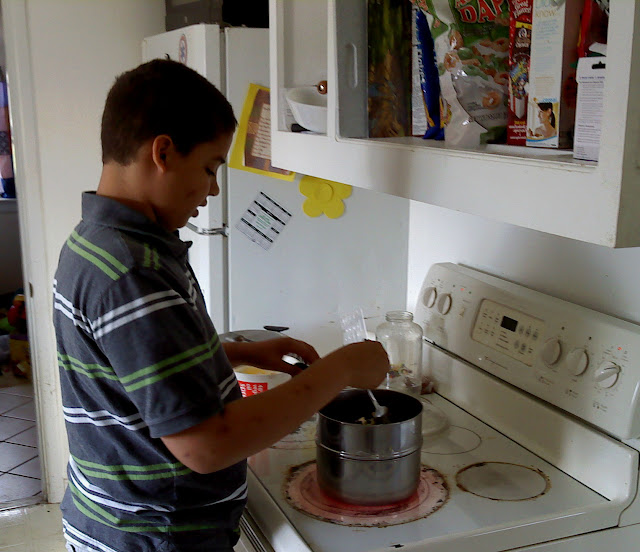 Today was Michael's kidney ultrasound and brain MRI. Because he was born with several tumors, most of which have since disappeared on their own, we have to recheck now and then to make sure everything is still okay. We had to do a lot of waiting but the nurses were good at trying to provide him with things to keep him entertained. While we were waiting for the ultrasound they brought in a small DVD player so he could watch a movie and also crayons and coloring books. 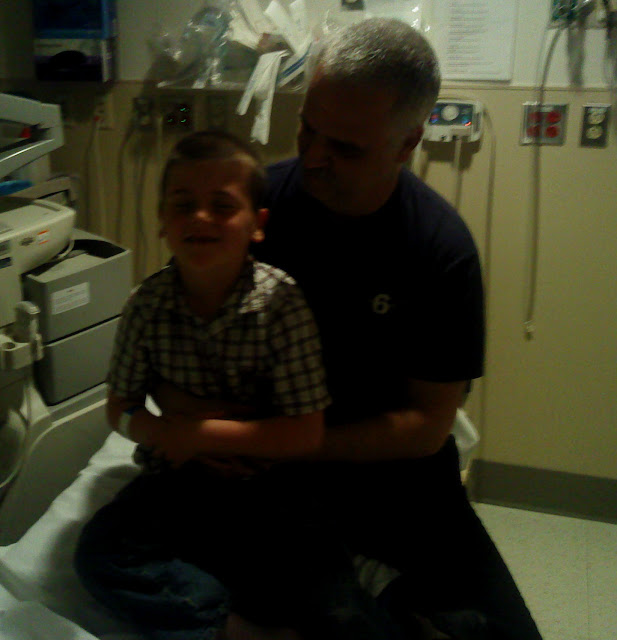 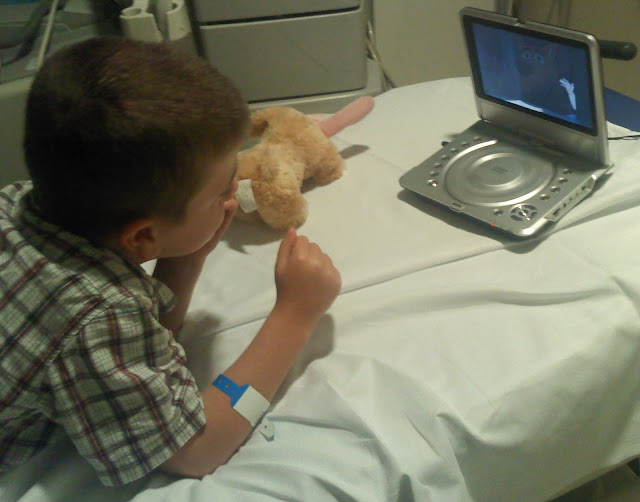 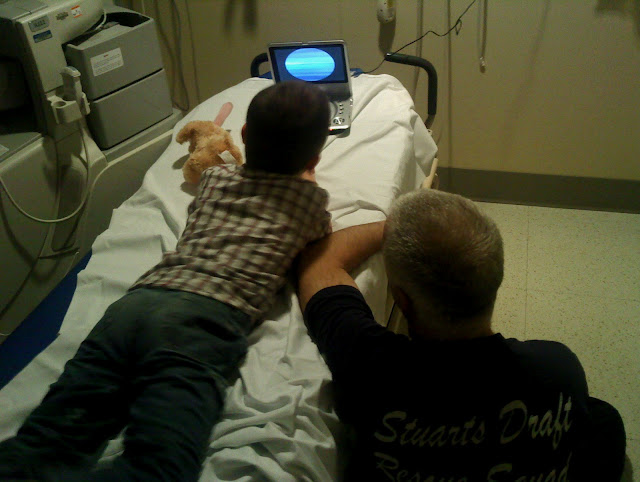 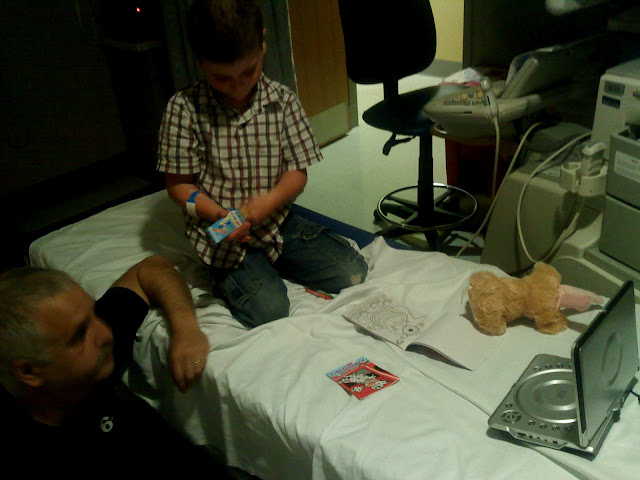 In spite of the long wait Michael did really well. The MRI was  done under anesthesia and he did better waking up from it this time than when he had the tubes in his ears. He was calmer and it took less time to become fully awake.

After we finally got home this evening and after we had dinner, Michael, CJ and I took a walk. CJ was taking lots of pictures of the water and also of the moon.  It was a nice way to relax and wind down a little. 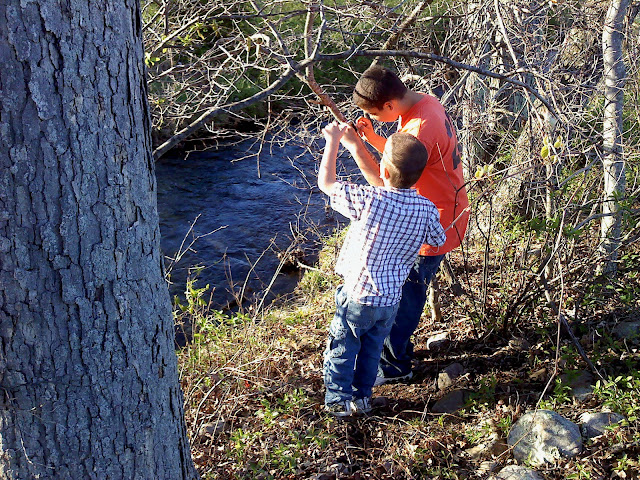 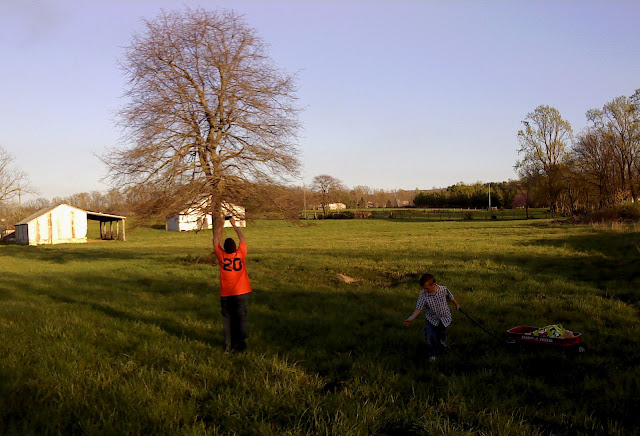 And that's a quick look at the last few days here at Walnut Acre.