Amanda's Afternoon at the SPCA

Yesterday was Amanda's afternoon volunteering at the SPCA. Once a week she spends about two hours with the animals there, just giving them time and attention. There were several other volunteers there as well doing the same thing. This helps keep the animals from simply being stuck in cages all day long while they wait to be adopted.
Max is one of Amanda's favorite dogs and he was the first one we took out yesterday. He's an energetic dog who needs lots of exercise, but he's also a sweet dog once he calms down. 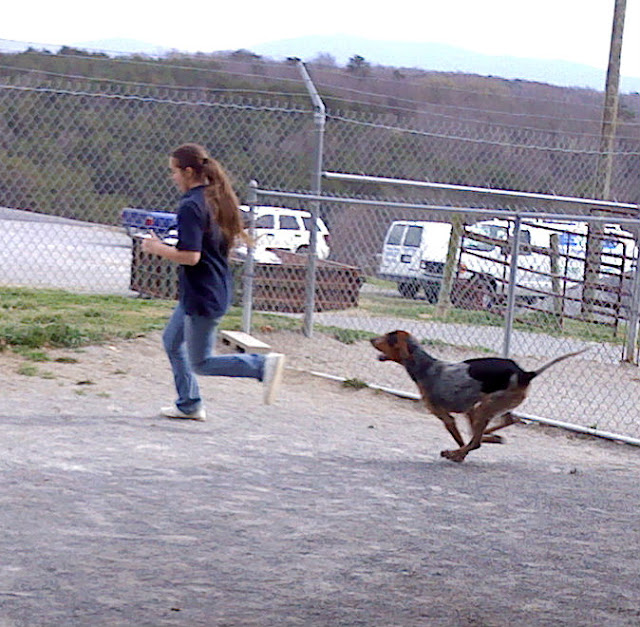 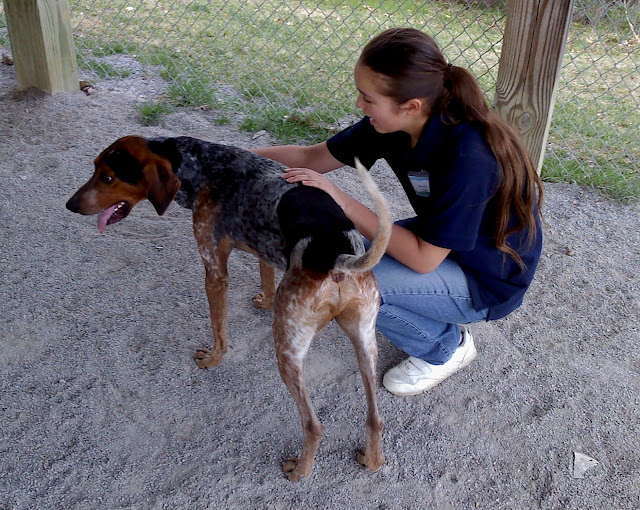 Miracle is a new dog who needs lots of training. She's a jumper and a nipper, and although she's just playing it can be a bit painful. Amanda spent some time teaching her that she wasn't going to get any attention for those behaviors. Then she found something she was interested in chasing when thrown (a walnut) and worked on getting her to sit if she wanted Amanda to throw it for her. 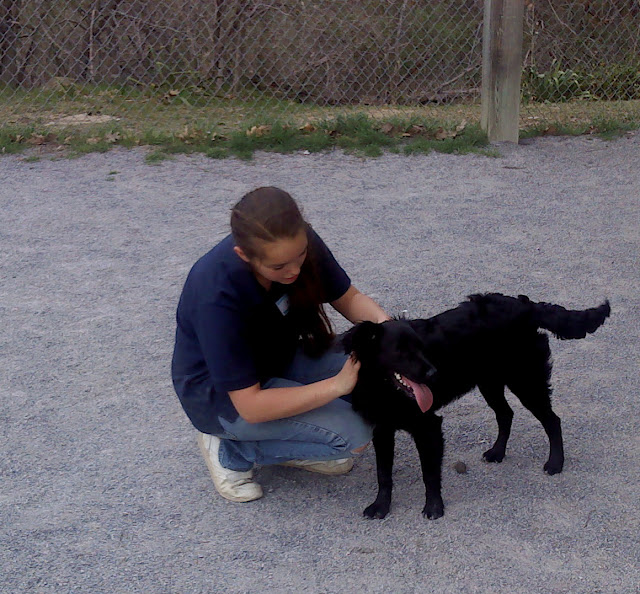 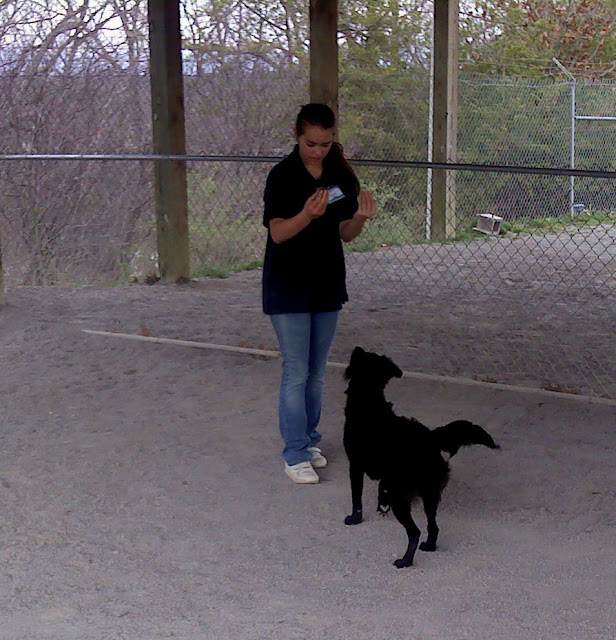 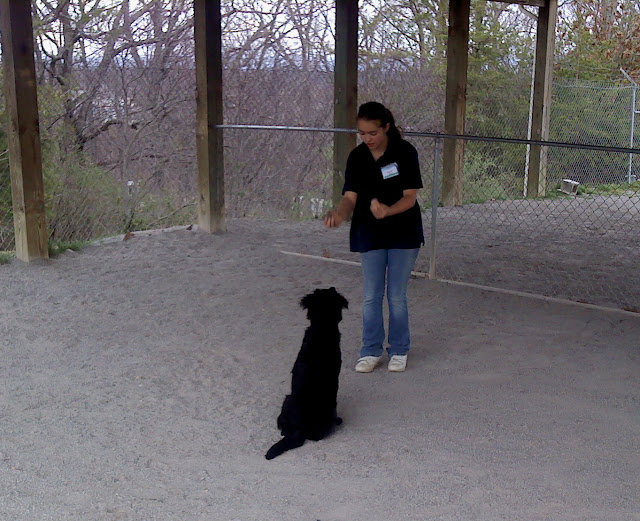 Daisy is cute little dog who just needed some attention. 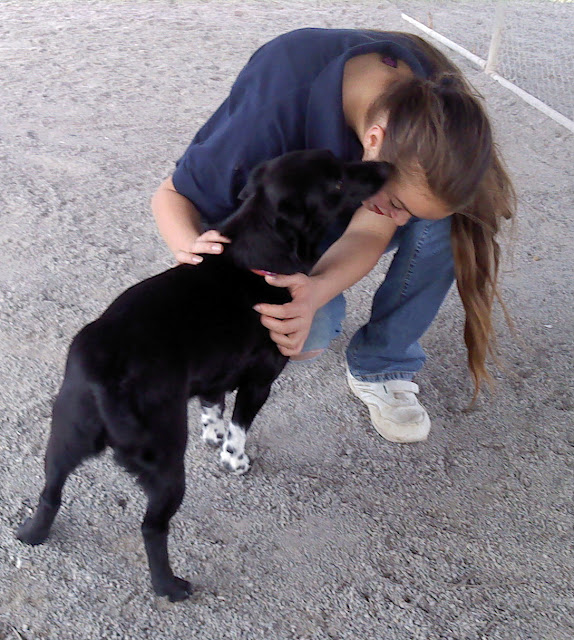 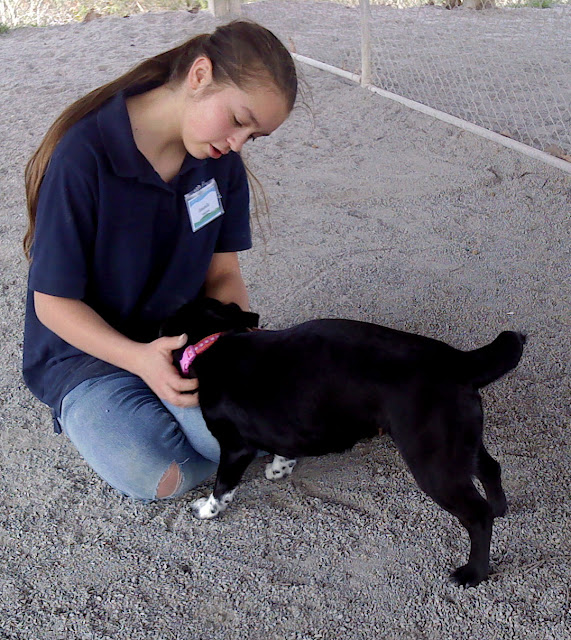 She also spent some time with the cats. There was an adorable litter of three gray kittens that were a lot of fun to play with. 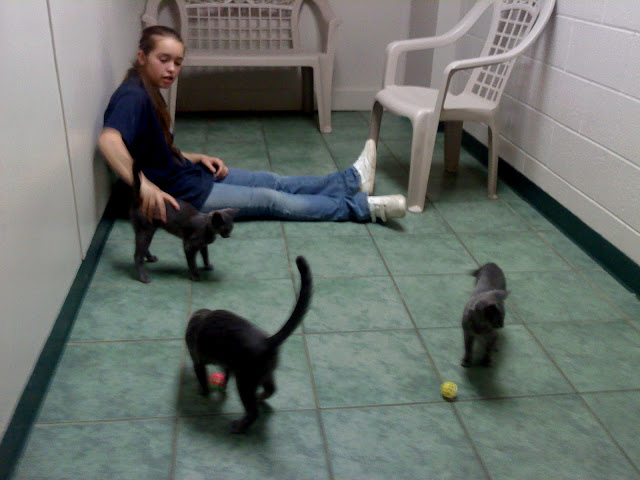 There were other cats and one more dog she worked with but I didn't get good pictures of all of them. She is so happy doing this and it's fun to watch her work with the animals.
﻿
Posted by Rose @ Walnut Acre at 4:37 PM