This post is a day late but here goes anyway. We had a lot of fun and I wanted to share it.

Today (Friday) was Michael's favorite day - errand day. He waits all week for errand day and everything else seems to just be a prelude to this wonderful day. And his favorite place to go on errand day is a wonderful store called Goodwill. So that was our first stop today. And he found something today that he's been looking for for a couple months now - footie pajamas!!!! As soon as we got in the van he started to change into him but I told him that footie pajamas were really not the best attire for running errand all day so he reluctantly decided he could wait until the got home. And the moment we got home he changed. And you know what makes these awesome footie pajamas even better? They are just like his cousin Jayden's. Oh he also bought a bat - but those pajamas totally eclisped the bat. 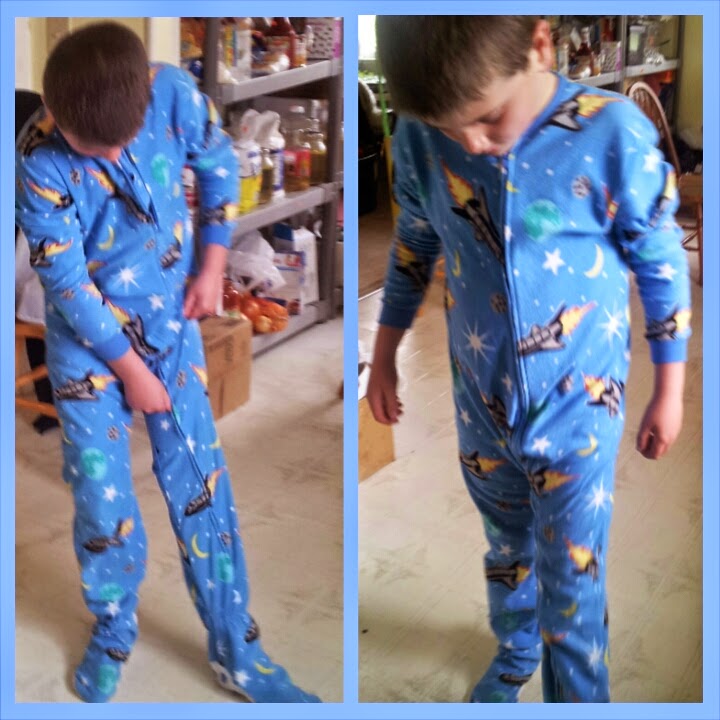 After Goodwill I couldn't resist the urge to stop by Tractor Supply Company and check out the baby chicks. I really really wanted to bring some home but after looking and thinking and looking and thinking ( and Amanda talking some logic into me) I decided to just put some eggs from our hens in the incubator in a couple weeks. So we left without any. I did buy some flower seeds though - my consolation prize for being so good. 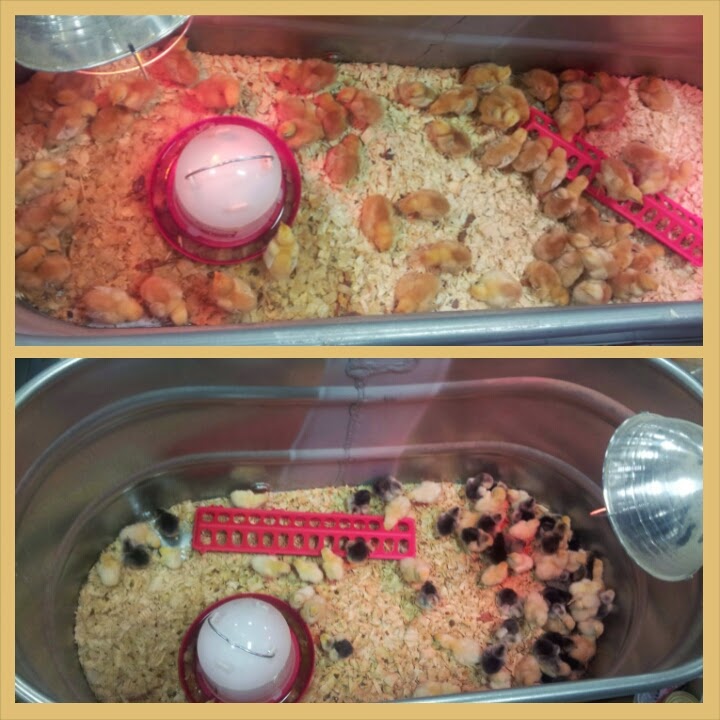 After we left tractor supply we picked up Madalyn and Mykalin and then headed to McDonald's. Usually on errand day I let each person choose two things from the value menu at McDonalds. Then a little later on in the day each person chooses a drink and a snack at Sharp Shopper and that keeps everyone satisfied until we get home. We can usually get drinks for .25 - .50 and snacks for less less than a dollar each, often two or three for a dollar. So with everyone's tummy full we went on to the library. 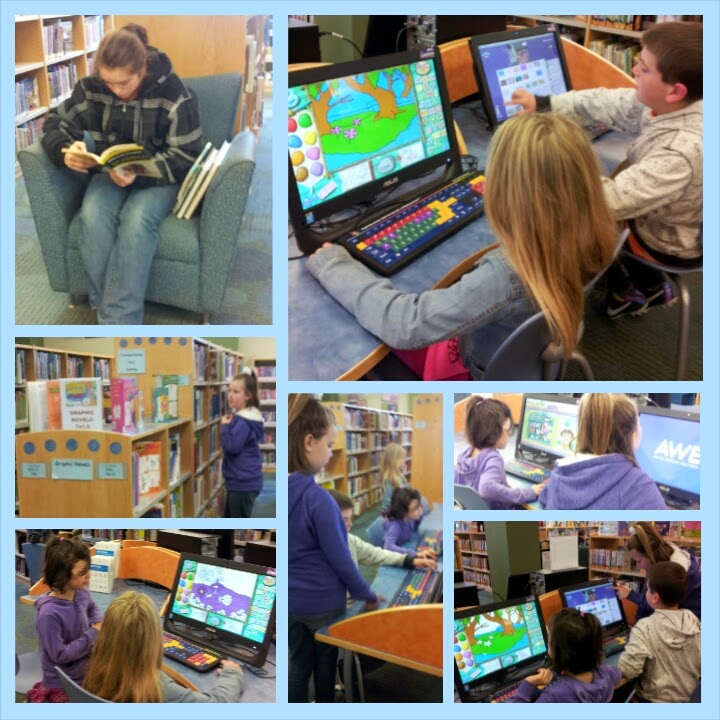 After the library Amanda wanted to go to Lowe's to check on the availability and price of play sand in case she decided to buy hermit crabs. And I needed potting soil and trays to start  more seeds. Somehow, when we go to Lowe's we end up checking out the whole store. Michael always has to push a cart, whether we need one or not and then we have to check out the riding lawn mowers. It took us awhile to find sand but we finally did. 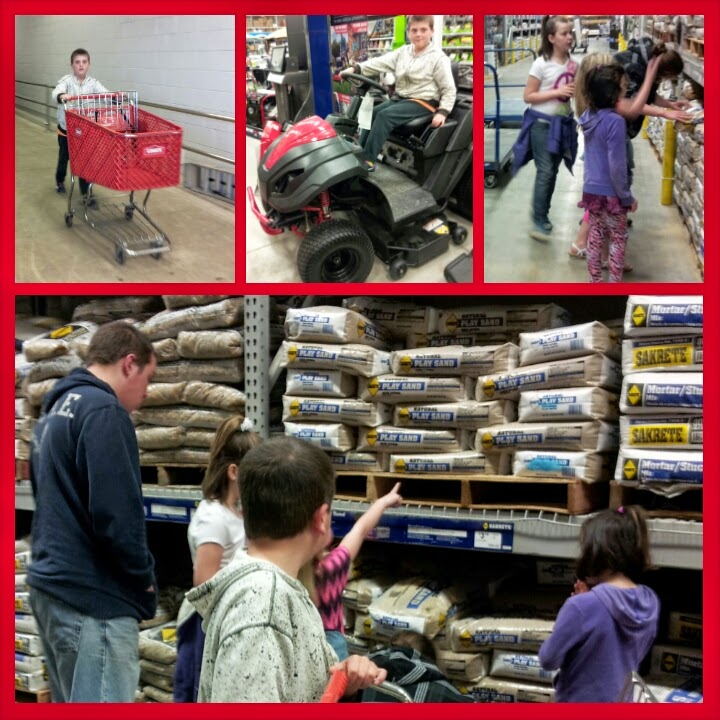 Another favorite part of our trips to Lowe's is checking out the kitchen displays. They also liked the water fountains in the garden center. 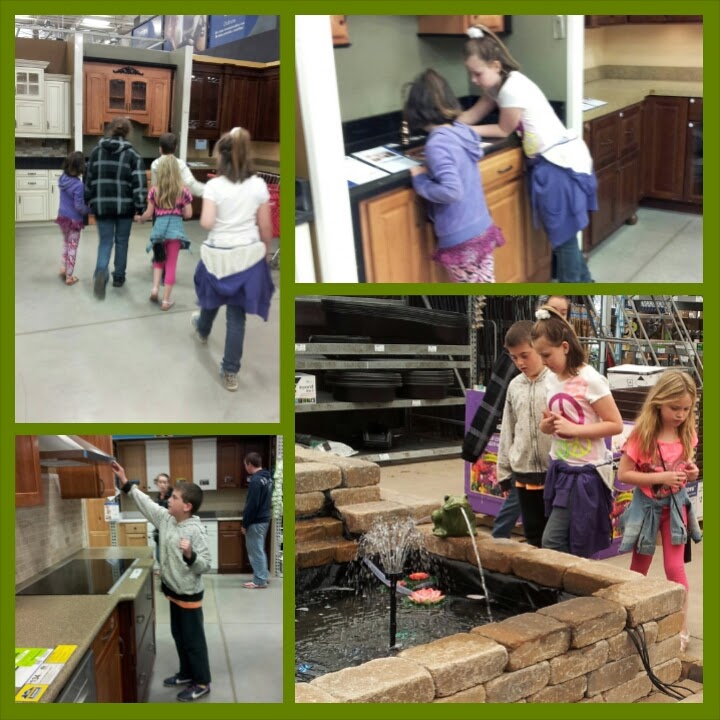 And then there's the absolute favorite - the aisle of lights and ceiling fans. As soon as I said we were going there they all cheered, making people turn around and smile and laugh. It's amazing sometimes how the simplest things are the most fun. 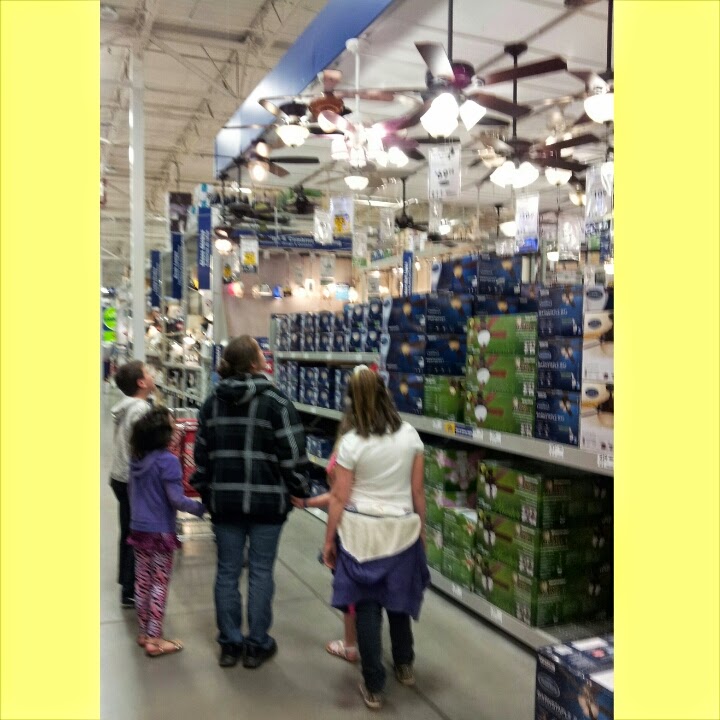 After Lowe's we went to Sharp Shopper and got our groceries and then to the pet store. 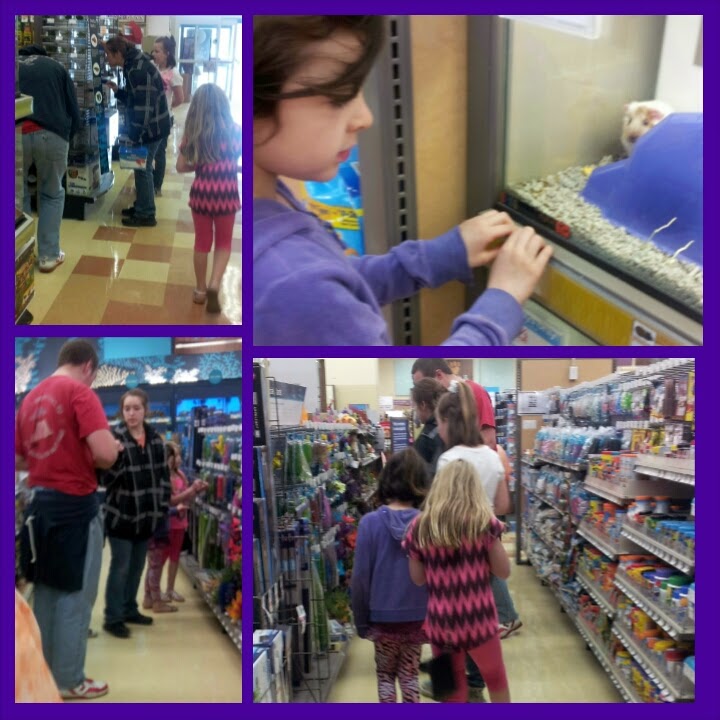 Amanda and Austin both bought Betas. This one is Austin's. He put it in the kitchen with mine and Michael's. 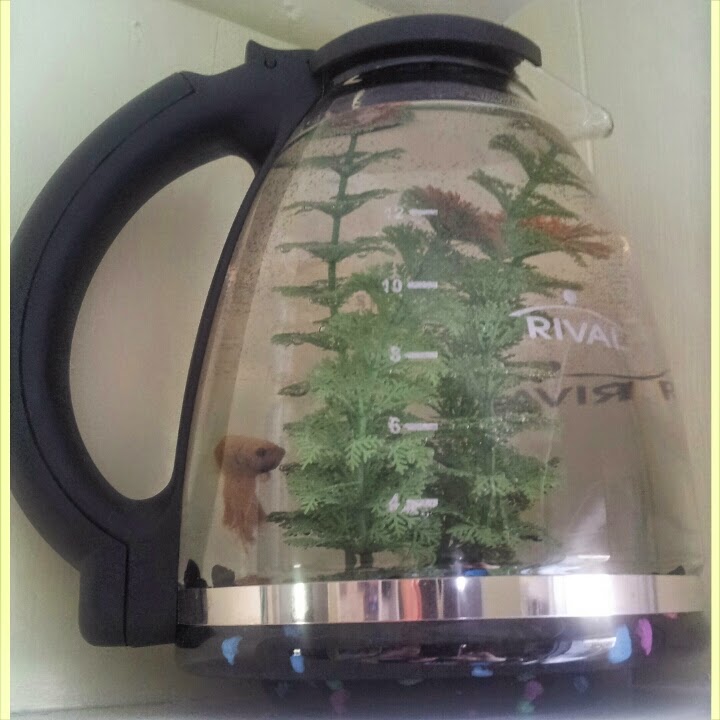 Now we only need one more to fill the kitchen shelves. 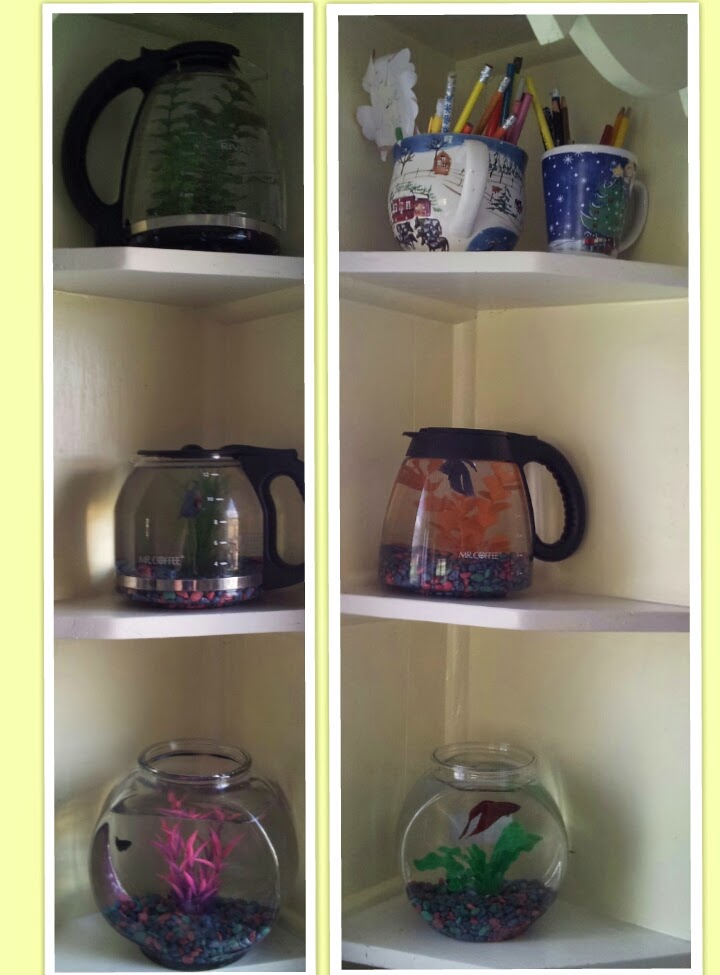 I was going to go to Food Lion and the feed store after the pet store but I decided those two stops could wait until tomorrow. I was suddenly just done and the kids were getting tired too.

But it was an awesome day!