Austin and Amanda (especially Amanda) have been wanting a dog for a long time. When we moved into this house we told them that sometime this Spring or Summer we would try to get a dog. For the past couple weeks Doug and I had been talking about maybe getting a dog while we are on vacation this week. It just seemed like it would be a good time while we have time to help a dog get settled in.
So today we decided to go to the SPCA and visit some dogs and see if we could find one that seemed to be a good fit for us.
The first dog we met we fell in love with almost right away. But as the shelter worker was moving to take the leash off the dog he turned around and tried to bite her. We all agreed that this would not be a good thing to have to work with when we have so many little children here every day.
Then next two dogs just didn't feel right. They were both sweet dogs but the connection just wasn't happening.
The fourth dog we met is a hound mix. I laughed when I saw her. Her head and legs are brown and her body is white with bluish black spots. Her name is Veronica, although she is also used to being called Roni. Amanda fell in love with her. Austin and Doug really liked her and Michael seemed to be warming up to her. I still had my reservations. After talking it over we decided to take her home with us.
The paperwork seemed to take forever but we finally got to actually leave with her. She did a great job on the way home. Amanda was of course her caretaker and they did well together. We stopped to get some supplies and Amanda walked her in the grass while Doug and the boys went in to get what we needed. 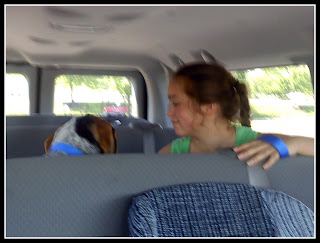 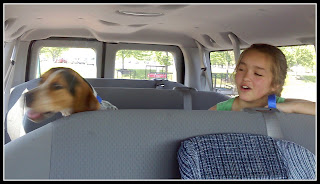 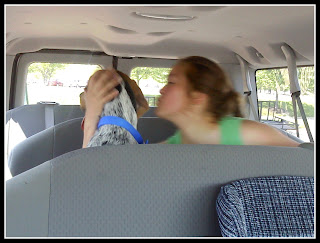 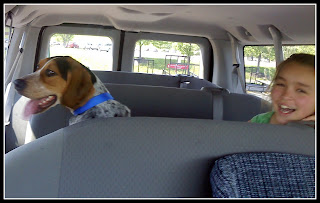 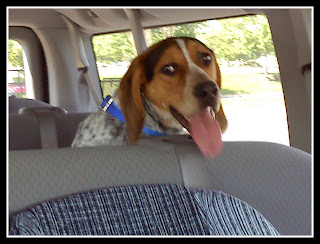 Roni has had a great afternoon walking and running with everyone. She loves a good run but she's also fine with it if we all want to just sit down and she can sit with us. I have to say I think everyone else was right and she is the perfect dog for us. Michael has had a fear of dogs since one came running out of nowhere one day when  we were on a walk and jumped on him and started licking him. The dog wasn't mean but he was big and his sudden appearance startled Michael. But by the time today was over Michael was wrestling and rolling with Roni and laughing about it. 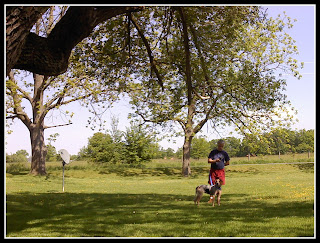 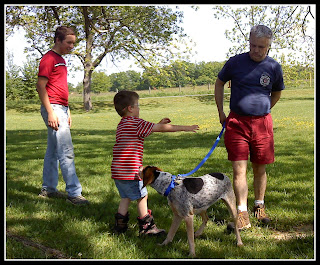 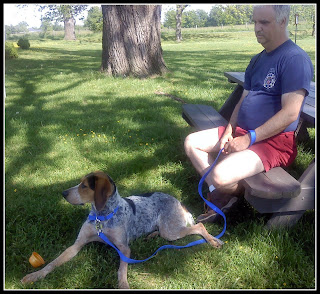 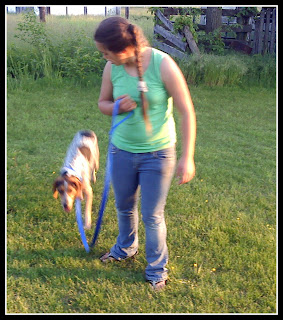 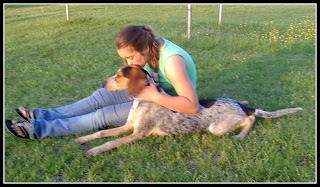