Walking With the King
Every word of God is flawless;
He is a shield to those who take refuge in Him.
~ Proverbs 30:5
MORE HERE

We are Learning
We really didn't do much schoolwork today. Michael did do one sheet from his workbook on beginning sounds.


Austin and I listened to parts of a program on the economic crisis in Greece.

We Are Reading
I've started reading two new books with Michael and CJ at night before they go to sleep.


One is The Mouse and the Motorcyle by Beverly Cleary.

The other is a Bible Story/Devotional book called Goodnight Warrior by Sheila Walsh.


Austin cleaned out the lower left kitchen cabinet section, including the drawers. He also cleaned off some of the craft and food shelves and washed windows in the kitchen, playroom and living room. He picked up toys and vacuumed in the living room and playroom, and also ran two loads of dishes in the dishwasher.


Amanda cleaned both bathrooms and the mudroom and cleaned out  the guinea pig cage. She also folded a lot of clean laundry and put it away.


Before dinner this evening CJ, Mykalin and Michael picked up toys  again in the playroom and living room and vacuumed.


I ran one load of dishes in the dishwasher, did several loads of laundry and folded a little of it, and did other quick spot cleaning jobs here and there.


It's amazing when we all work together how much we get done.

In the Kitchen
I cleaned a big bunch of radishes this morning as well as the radish greens. The radishes went in the refrigerator for us to eat. I blanched the greens and put them in the freezer. We'll eat those later with sausage, onions and potatoes.


For lunch we had a macaroni, ham and cheese casserole from the freezer. I made a triple recipe of this casserole last week and we had one meal then and the other two I froze for later. Then Amanda chose to make macaroni and cheese for dinner so we ended up with macaroni twice in the same day.

On Our Nature Walk
Since we were on vacation last week it had been awhile since we had gone for one of our nature walks. We discovered the grasses and other plants have grown a lot taller in the last week. Lauren was almost lost in the grass in some places. 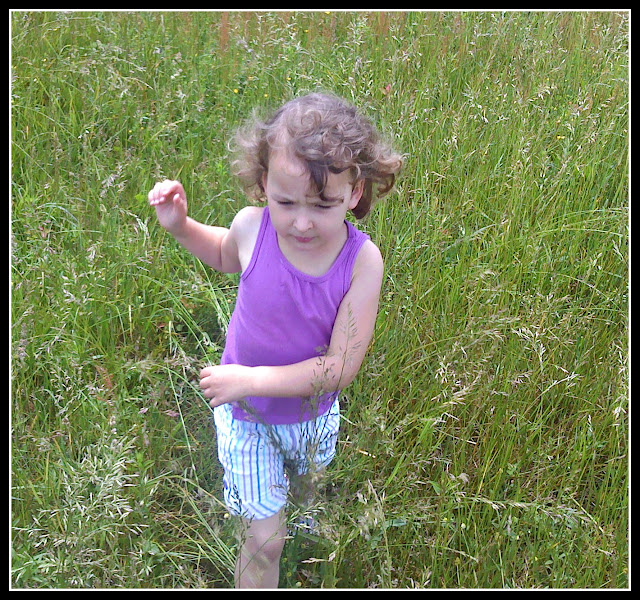 We found several patches of daisies that have bloomed since we were last back here. 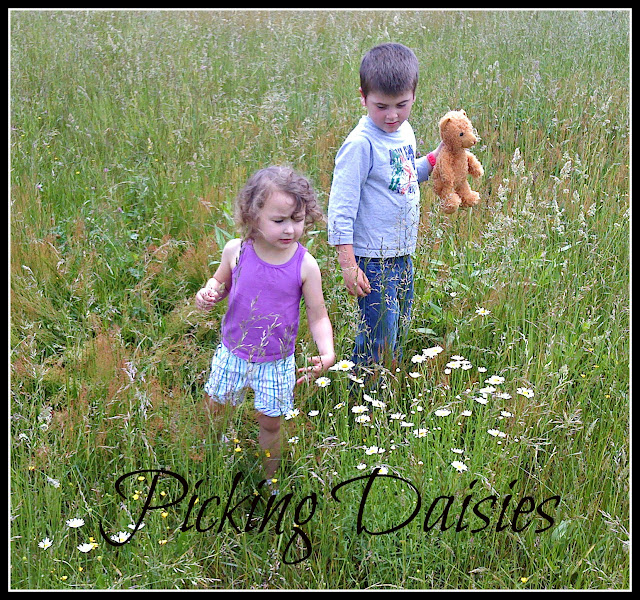 And we found a ladybug. Michael held for a few seconds before it flew away. 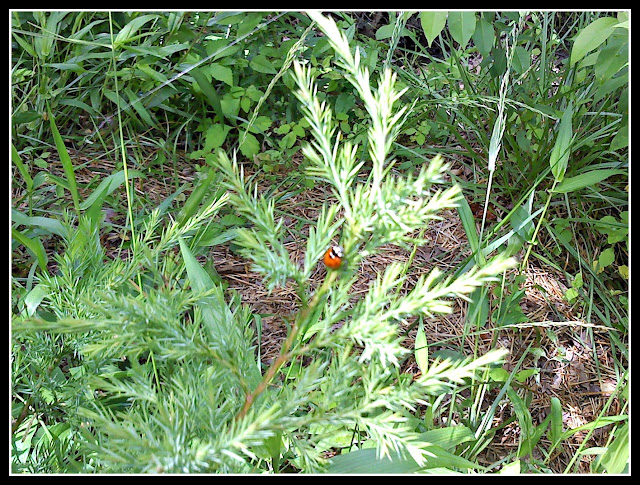 Out and About
I've been out and about a good bit today. This morning I took Lauren to preschool and then picked her up again and then took Amanda to the store for dog food for her dog.


This afternoon I had an eligibility meeting to go to at the school for one of the kids. When that was over I picked up a friend and took her to work. Later this evening I picked her up from work and took her home again.


Today's Quote
When life gives you a hundred reasons to cry, show life that you have a thousand reasons to smile. ~ Author Unknown
Posted by Rose @ Walnut Acre at 10:52 PM