Yesterday was so beautiful and felt like Spring. What a teaser! Today is gray and rainy and cool. At least it's not freezing like it was last week.

Yesterday Michael asked me to give him a haircut. He always says he's going to let his hair grow and then as soon as it touches his ears he can't stand it. I didn't have time to cut it yesterday but I knew we would be home this morning so I told him I would cut it then. His very first words when he got up this morning were "Can you give me a haircut?" So I cut his hair and then, since I had the clippers out, I cut Austin's too.

The rest of the morning was filled with schoolwork, housework and cooking. Amanda decided she wanted to join us playing  the memory game Michael chose this morning. Along with our other work - workbook with a page each for language arts, math, science and social studies, reading book, number and sight word flashcards, Bible lesson  and word sorts today - we usually play at least one game during school time. Michael usually chooses a memory game and it's a fun way to improve concentration and memory. 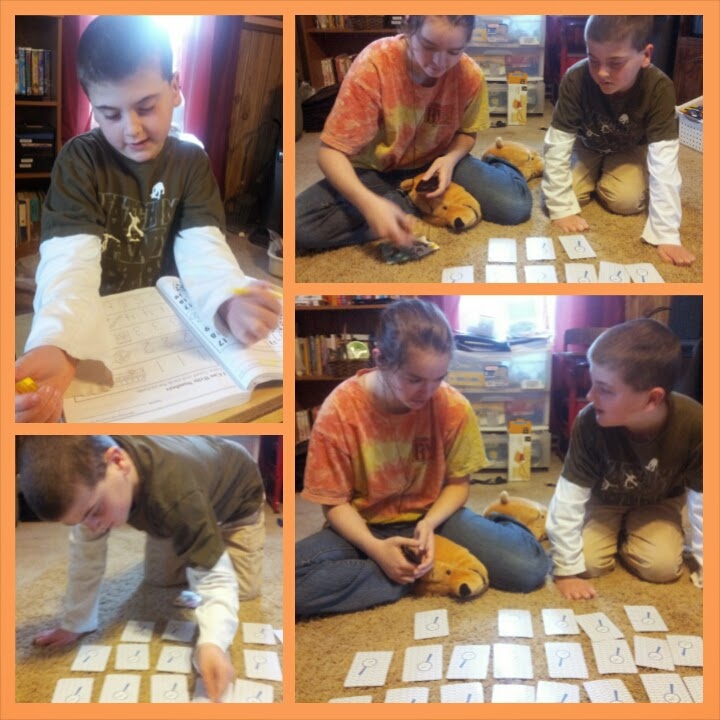 This afternoon Michael and I went to my sister's for awhile and stayed with the kids so she could do some things she needed to do. I was there for the easy part of the day - naptime. The older ones didn't nap and the little ones did wake up before I left but most of the afternoon was pretty quiet. 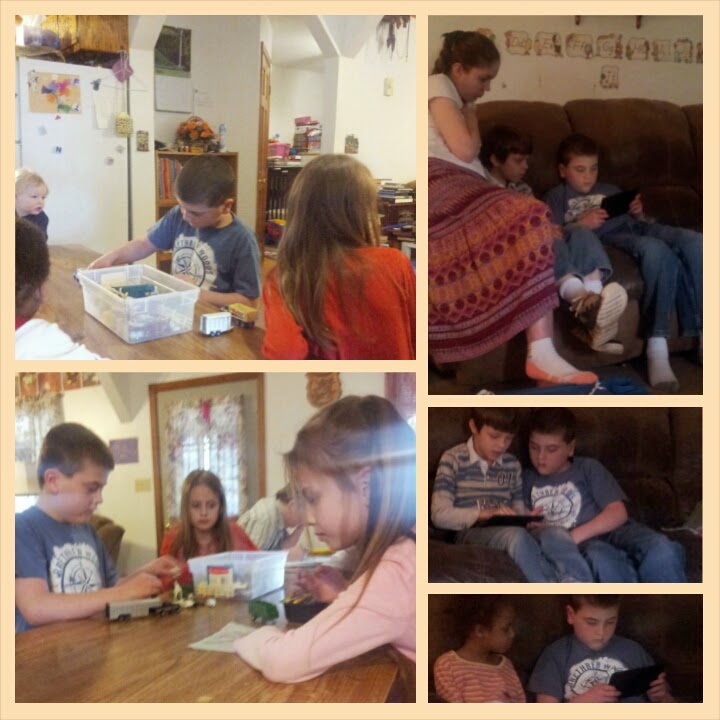 Austin spent several hours working with my dad this afternoon. He usually works with him three afternoons a week.

This evening was really quiet. I cooked dinner and worked on the mountain of laundry. Sometimes I wonder where it all comes from! In looking at photos for this post I see Michael in three different sets of clothes and that's definitely where some of the volume of laundry comes from. He changes if he gets a spot on his clothes, the temperature changes, or he's trying to match someone else! Today he changed because he got BBQ sauce on his clothes at lunch and then again because he got dirty from playing outside.

Here Amanda is drawing Michael a church. He was trying to make some type of craft and couldn't get his church to look right so he asked her to draw him one. 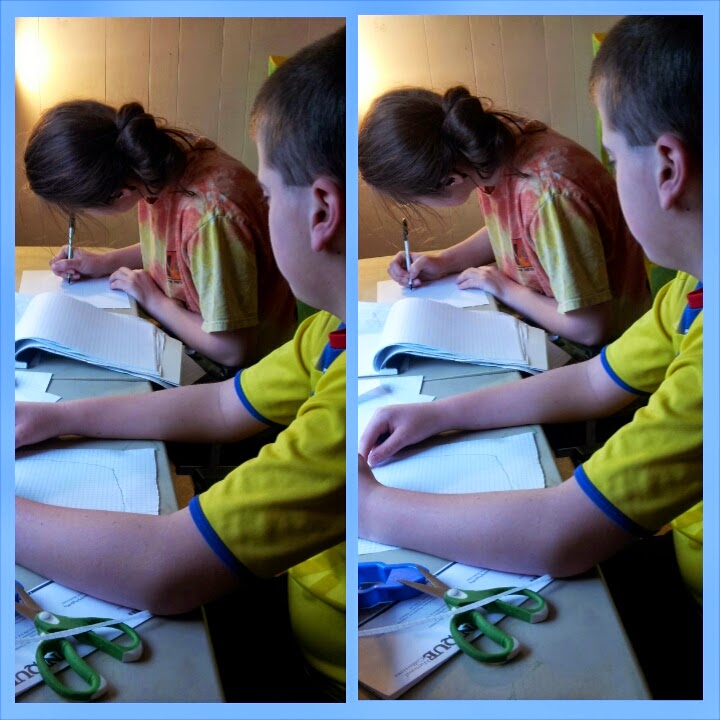 For dinner this evening I made Veggie Sausage Dorito casserole. It was delicious and I will be sharing the recipe here soon. We also had salad.

And so ends anther day at Walnut Acre.

LINKING HERE
TUESDAY - Tell It To Me Tuesday,