I love quotes so I thought a would share a few quotes on courage today. I hope you enjoy them.
1. Courage is never to let your actions be influenced by your fears. ~ Arthur Koestler
2. You can't test courage cautiously. ~ Anne Dillard
3. Courage is a peculiar kind of fear. ~ Charles Kennedy
4. Courage is being afraid but going on anyhow. ~ Dan Rather
5. Courage is what it takes to stand up and speak; courage is also what it takes to sit down and be quiet. ~ Winston Churchill
6. Courage is not the absence of fear, but rather the judgement that something else is more important than fear. ~ Ambrose Redmoon
7. Sometimes even to live is an act of courage. ~ Lucius ﻿Annaeus Seneca
8. Courage is the power to let go of the familiar. ~ Raymond Lindquist
9. Optimism is the foundation of courage. ~ Nicholas Murray Butler
10. Courage is fear that has said it's prayers. ~ Dorothy Bernard 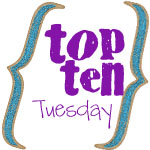