Somehow weekends around here seem a lot like the rest of the week. The only difference is Doug is home from work, which is pretty awesome, but we seem to have the same number of kids in the house. Sometimes even more on the weekend than during the week.
We had ten daycare children here today. Two are here for the night because their mother has five kidney stones in one kidney and three in other and just couldn't handle a six year old and a two year old right now. I was glad to be able to have them come here while she gets some rest. Three others are still here because there mother was asked to work until 8:00 tonight instead of 4:00 as originally scheduled. So it's been a day of changed plans but that's okay.
This morning, before there were so many kids here, Doug took Austin, Amanda and Michael and went grocery shopping. I stayed home with the two daycare kids who were here at the time and did some much needed cleaning and laundry.
Later Doug fixed a bookcase for me that I've been needing. Michael "helped" of course 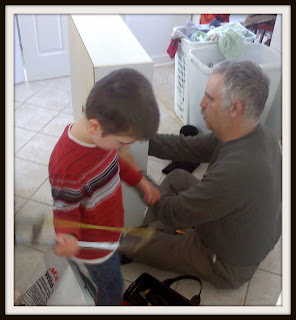 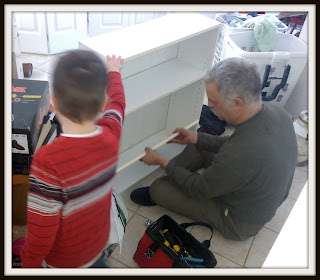 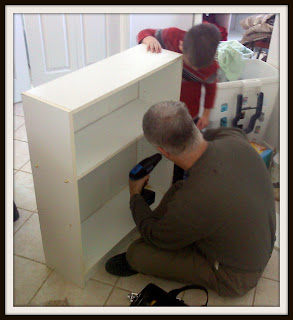 ﻿Here it is all fixed and set up. 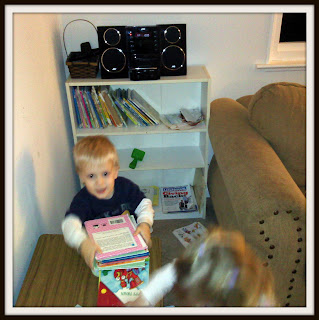 Amanda, Landon, and Madeline had a grand time playing with puppets this evening and it was so funny to watch. 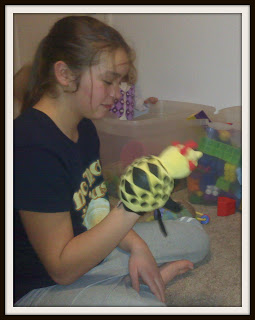 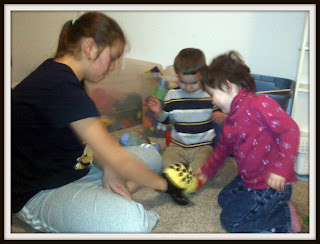 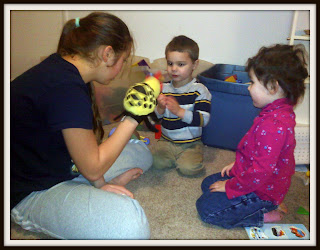 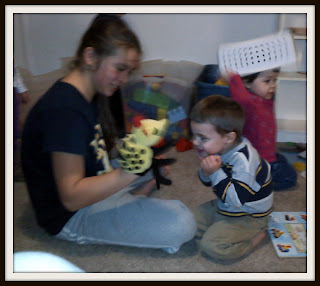 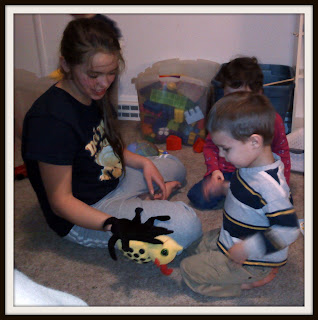 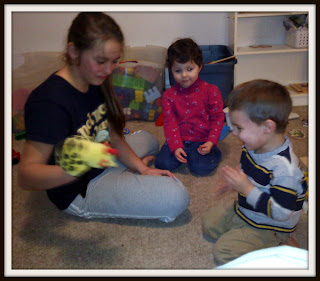 I just love to see the kids having so much fun together!
Posted by Rose @ Walnut Acre at 9:48 PM