I told Doug this evening that this has been one of those days that just seemed to wind randomly all over the place.
Our morning began quietly, with only our own three kids in the house. Michael went with Doug to take trash to the landfill. Amanda went to a friends house. Austin slept late. I did some housework and then did some more sewing on the curtains I am making. 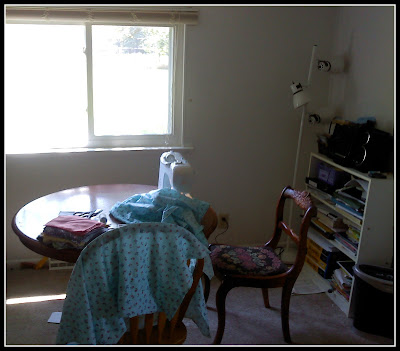 Early in the afternoon friends dropped by to visit. Amanda came home and her friend came with her with plans to stay overnight. Two more of Amanda's friends also came over and are staying for the night as well. One of Austin's friends came over. He's spending the night too. And there are also two younger girls who are here for the night because their mother works a late shift tonight and an early one tomorrow so it made more sense for them to just stay. So now we have a total of nine kids in the house ages 17, 15, 14, 13, 12, 11, 6, 4 and 2. And they are all going to church with us in the morning.
We desperately needed groceries so we loaded everyone up and went to Walmart. Our Walmart trip went well with the exception of Michael throwing three major temper tantrums that required him being taken out of the situation until he could calm down.
We came home with the intention of unloading and putting away the groceries and then roasting hotdogs and marshmallows.
We did eventually get to the food but not before we found small snake in the garage (that got away), the dog ran away and it took 30 minutes of chasing her around the neighborhood to get her back, and an unidentified bug bit Austin and I made a quick run to the store for Benadryl because the area around the bite was turning red and it was very itchy.
I know that last sentence was a very long run-on sentence, which is exactly the way the evening was beginning to feel - very long and  run-on.
In the end though, everything turned out fine and we did get our food. And we had a lot of outdoor fun in the process.
Here are a some pictures of our evening fun. 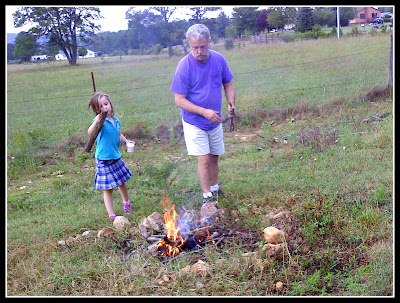 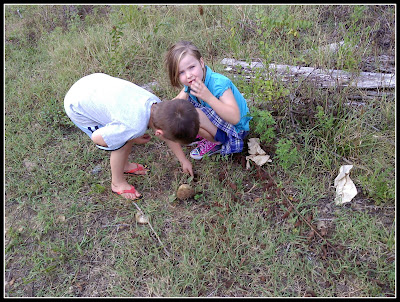 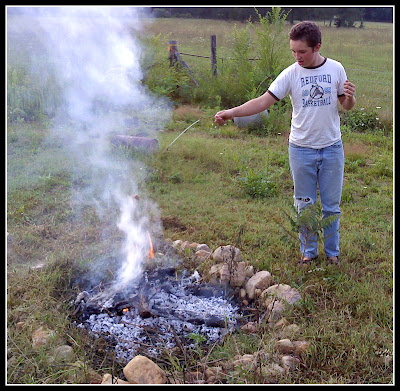 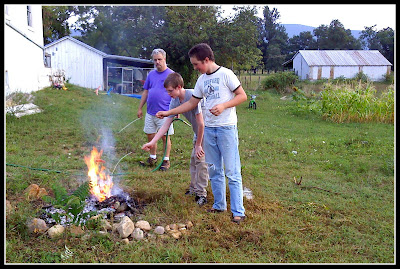 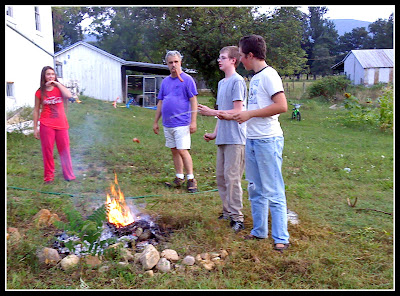 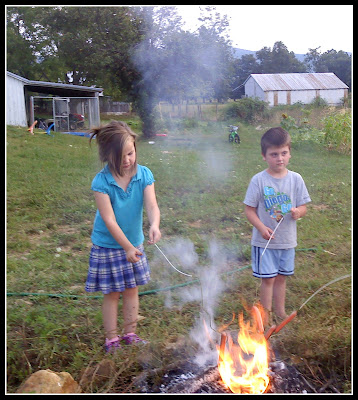 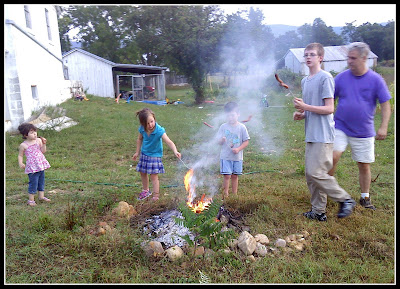 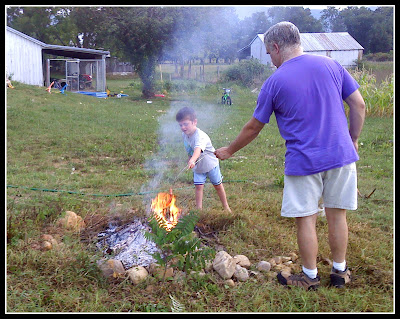 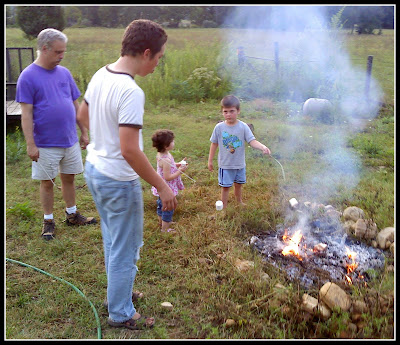 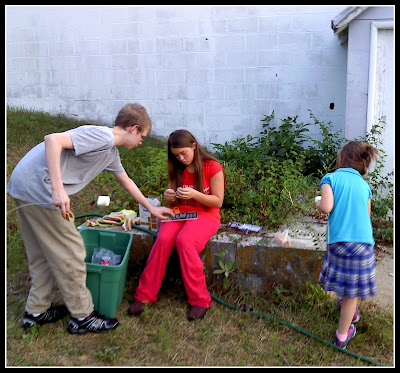 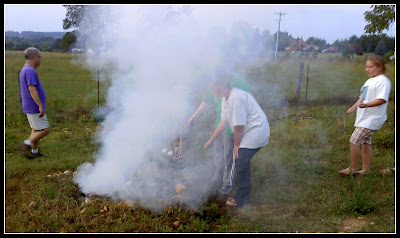 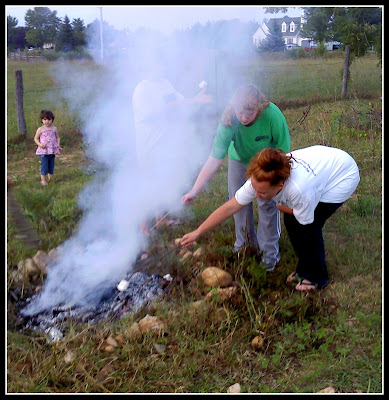 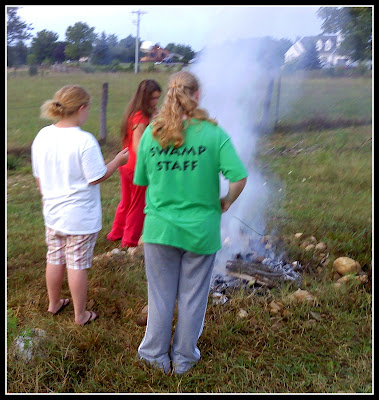 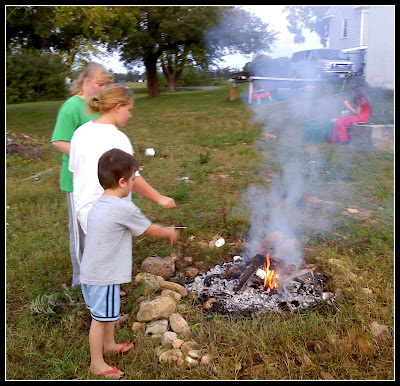 I had to laugh at Arielle and tell her she is quite the modern teenager as she tried to roast a hotdog and text her boyfriend at the same time. 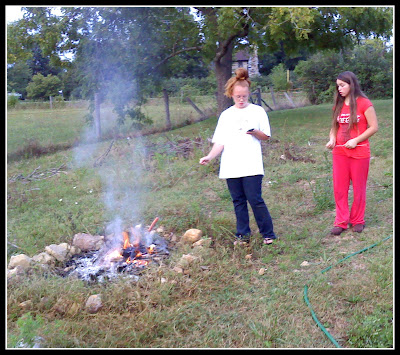