This weekend has flown by!

Saturday morning I woke up with the goal in mind of using some red polka dot fabric to make some curtains for the playroom. I could hardly wait to get started but I knew I had to get my other work out of the way first or it simply wouldn't get done. So after cleaning two bedrooms, the kitchen, the upstairs bathroom and hallway I was finally able to get started on the curtains. In the middle of making them my plan changed and I decided to put them in kitchen instead. But my sewing machine wouldn't cooperate so it was taking me a long time. I only got one pair of curtains partially finished and I need two more sets yet but it's okay. I'll work on them some more tomorrow afternoon during naptime. I can hardly wait to get them up and post pictures.

Doug's Saturday was pretty busy as well. First thing Saturday morning he and CJ took the trash to the landfill. When he came loaded up the lawnmower and weedeater and went to mow two yards. He took Michael with him. He finished those just in time to work on our friend's van for her. This took the rest of the evening.

While he was working on her car, Jennifer and I took the kids and ran a few errands and then decided to just go for a ride. We had a good time talking and the kids enjoyed their time together too.

The kids stayed pretty busy too. Austin's friend Aaron was here for the night Friday night and they were up late. So he slept in and I woke him in time to  get ready to go to another friend's house for the afternoon. I picked him up in time for him to get ready to with Aaron to his house for the night and then they were heading to the beach for the day first thing this morning.

The younger kids played outside, rode bikes, and even did some math in some old workbooks just for fun. 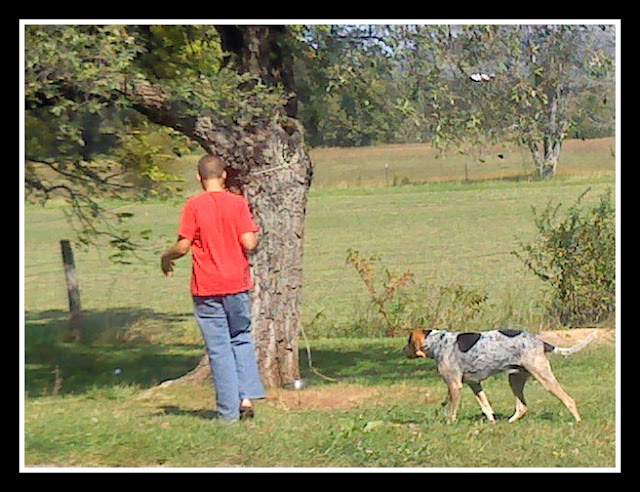 Today has been another awesome day. It started out a little crazy because I overslept but we made it to church only about five minutes late.

Today was the second Sunday in a three sermon series on Destiny given by David Chappell. Here are a few nuggets I have in my notes from the first two sermons.

One person, with God on their side, is a majority.

The first reason man was created by God was for relationship. He wants to be your friend (John 15:15). He wants to knock on the door of your heart and ask you to come out and play. He delights in His children.

You have been called by God to invade the impossible, not to declare anything impossible.

Destiny is God's purpose for your life, it is the blueprint of His plan for Your life.

These are just a few of the notes I have written down from the last two Sundays.

This afternoon flew by. Doug and I went for a walk with CJ and Michael because they had a lot of energy to burn. We scared up a snake and followed it awhile. I think it was a garter snake. We talked about how they should never try to touch a snake because some are poisonous and can make you very sick. We walked on down to the creek to see if it was dry. It was so Michael and I went down to explore the creek bed. We found a little green frog hopping around and a persimmon tree growing on the bank. I couldn't resist a picture of Doug holding Michael. It won't be long before he's just to big to be picked up like that. It's hard to pick him up now and we don't do it very often. 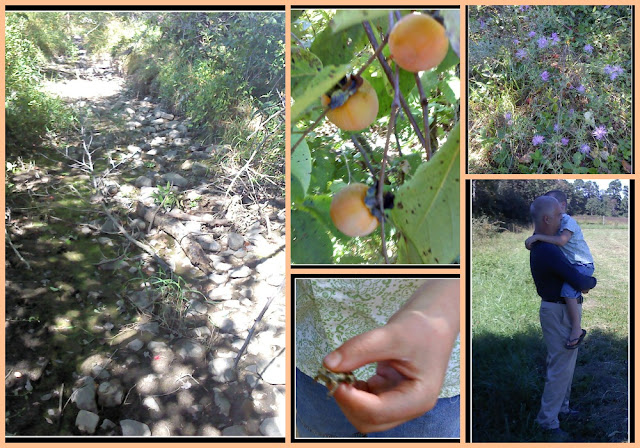 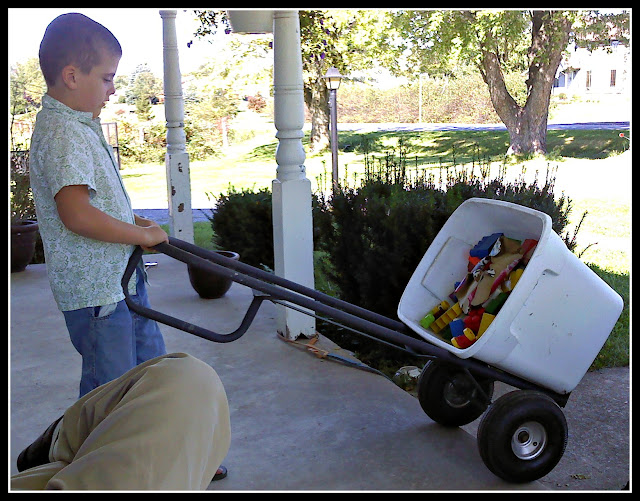 We finished off the day by going to a specially called prayer meeting at church. This Sunday evening and next Sunday evening are being set aside for prayer as the church seeks direction on some things. This is not the typical service, but simply a time of coming for prayer and praise and listening. It is a time of letting go of our own ideas and seeking direction.

Now I'm relaxing for a little before I get good night's sleep in preparation for a busy Monday.
Posted by Rose @ Walnut Acre at 10:20 PM