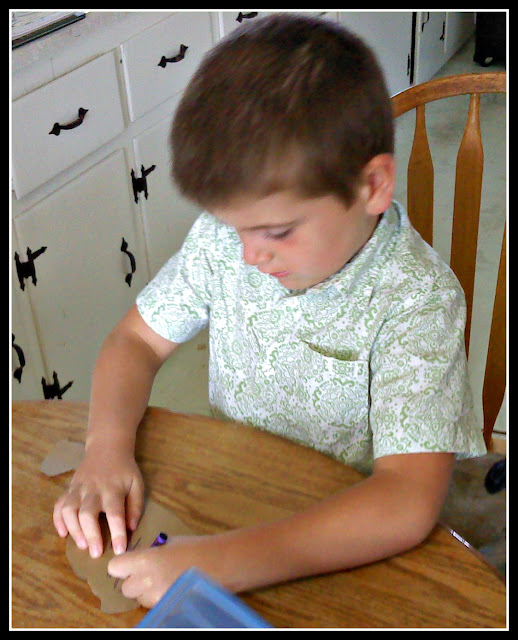 1. When Michael was a baby, born at 27 weeks and with multiple health problems, we were told he would probably never see, hear, walk or talk. He spent weeks at a time in the hospital. His formula came up almost as fast as it went down, we spent months smelling like spit up baby formula.  He showed little emotion, he stopped breathing multiple times, he didn't blink or respond when a hand was passed quickly over his eyes or brought quickly toward his face. But God had plans for him and they didn't include the doctor's predictions. Michael didn't walk or talk until after his second birthday, but once he did he took off at an astounding rate. Today he walks, runs, jumps, climbs stairs, climbs out windows,rides his bike,  talks nonstop, sees just fine and, since he has tubes in his ears, hears just fine. He's our daily reminder that God still works miracles.

2. Michael loves to pray and thank God for all the people in his life, naming them one by one. This can make for some very long prayers but it's such a blessing to hear him.

3. He loves music and singing. We have a CD player we let him use and he has it running a lot of the time. When he's not listening to music he's often trying to play the guitar and sing. And he's a good singer. Some of his favorite songs are Use Me, Jesus Use Me, Our God is an Awesome God, and I Am Free. 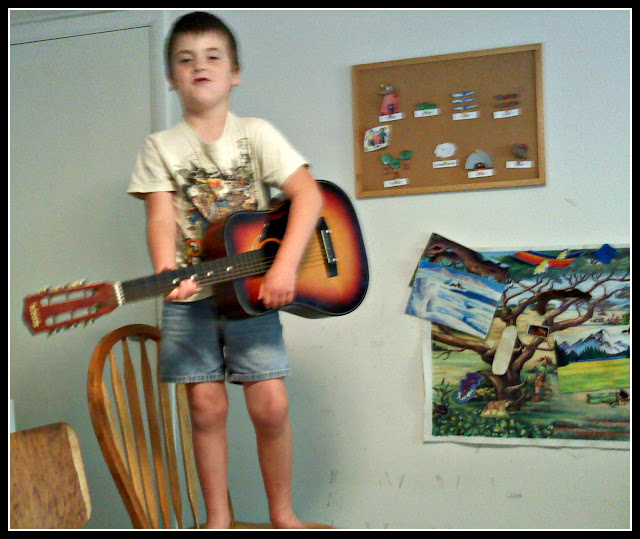 3. Like the other two boys, Michael loves to eat. And he has a habit of trying to sneak food which has led to some very funny mishaps - like the time he tasted the used coffee grounds in the coffee pot, the time time he poured half a bottle of green sprinkles in his mouth when I had my back turned, and even just today when he tasted a frozen onion ring from a tray that was about to go in the oven. 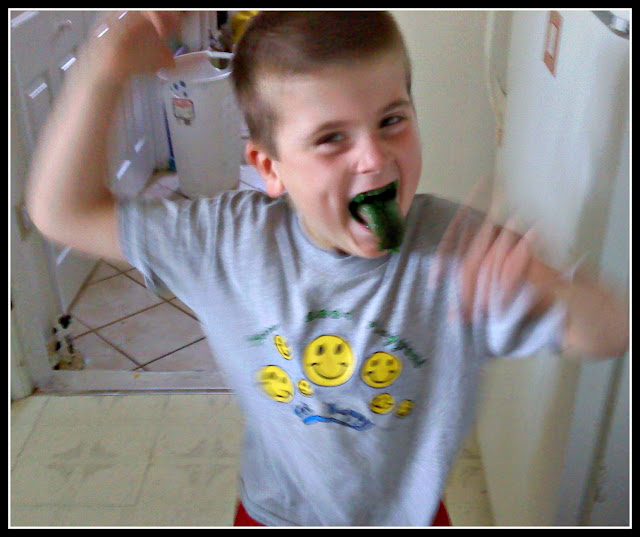 4. One of Michael's favorite things to do is go somewhere. Anywhere, just go. Often his last question at night is to ask where we're going tomorrow, and his first question when he wakes up in the morning is if we're going somewhere today. And if the answers is "nowhere", well . . . let's just say it's not a good start to the morning.

5. He has a bad habit of scaring me half to death - like the time in our old house when he opened the window and screen in the second floor bedroom and proceeded to throw his sisters clothes out the window, leaning out to watch them fly, resulting in a totally freaked out neighbor running over to our house and pounding on the door to let us know our son was in danger of falling to his death. Doug fixed that window so that it could only be opened about six inches so that wouldn't happen again. Or the time in our new house when he opened the upstairs window and climbed out on the porch roof. And then there was the time when he asked to go to Grandma's house and I said no so as soon as I was distracted he took off walking and went to Grandma's house anyway. Thankfully it's only about a quarter mile away and we're not on a busy highway.

6. He enjoys using the computer and really, really wants one of his own. He likes to use Starfall and listen to music on YouTube. 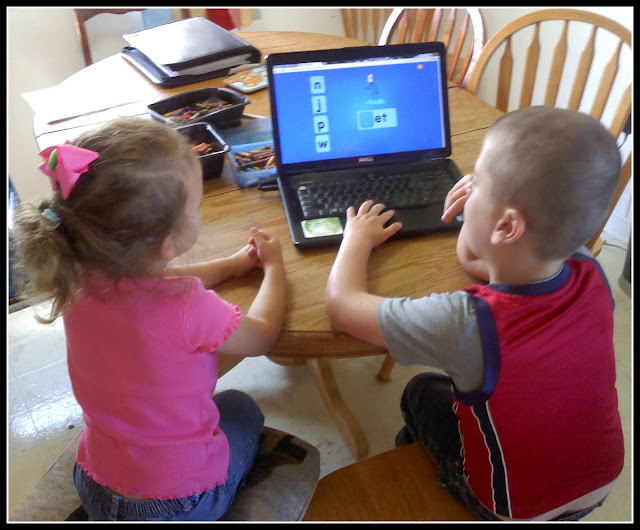 7. He's a cuddler and a snuggler. I love that about him and am hanging on to these times because I know how fast this time will pass.

8. He's such a people person! He loves everyone and remembers names and faces. At church he's a busy little charmer, giving out hugs everywhere he goes, calling to people walking by, disappearing to say hi to someone he hasn't greeted yet.

9. He has an incredible eye for seeing things that match in some way. One of the things I hear most often when we're driving somewhere (usually at the top of his lungs) is "Look, Mommy, it matches, it looks like . . . " And he remembers where things are that match something else. He told me ahead of time that on a certain road there was a car with wheels that matched the wheels on the car of someone at church. And when we passed that house he pointed it out to me. He also remembers how to get to places, often after only going that way once.

10. Every day he makes me laugh, frustrates me almost to the point of tears with his strong will, amazes me with something new, reminds me how much I love him, and teaches me to never underestimate the plans God has for each us.