We had a relaxing Sunday afternoon. Michael saw this desk in the basement and wants it for his room. It needs a little work so we let him play around with sanding it. Of course, Mykalin and Madeline wanted to help out too. They lost interest after a few minutes and went back to riding bikes and playing with the wagon and Michael's walkie talkies. 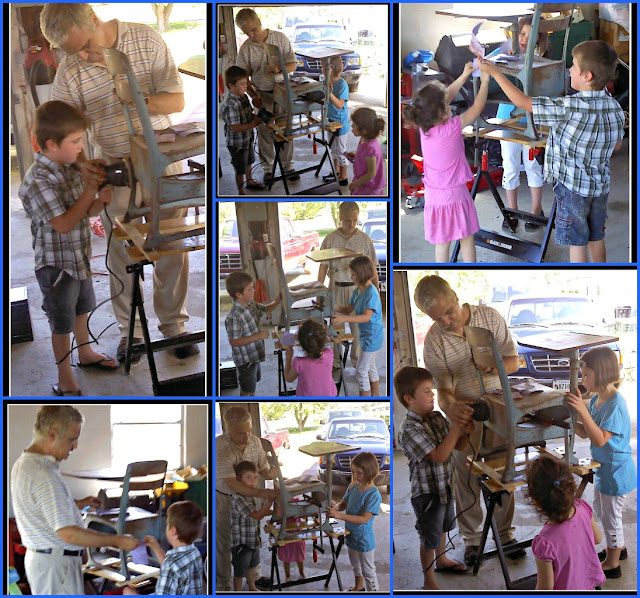 After a temper tantrum, Michael decided to play us some music. He can't really play this guitar yet but he sure does have fun with it! 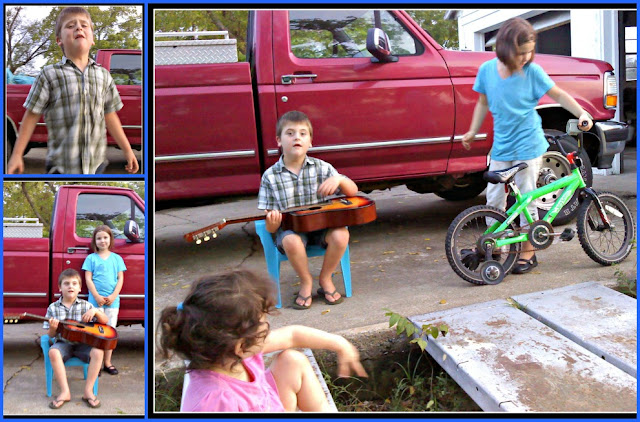 Monday
Labor Day I spent the majority of the day trying to cook. It was one of those days when nothing seemed to go right. The bread was supposed to be Maple Wheat Bread but after I started mixing it I discovered I was out of maple syrup. Oops! So I made some substitutions and went on. The bread actually turned out okay and the kids ate it for snacks. I also made these egg muffins to reheat for breakfasts this week. The egg muffins turned out pretty good but the cheese sauce I made to serve over them wasn't all that great.

Tuesday
We continued with our Creation Story and ABC Bunny units and also did some math worksheets and phonics on the computer. Michael likes to use the Starfall site for phonics practice and that's what we were using here. 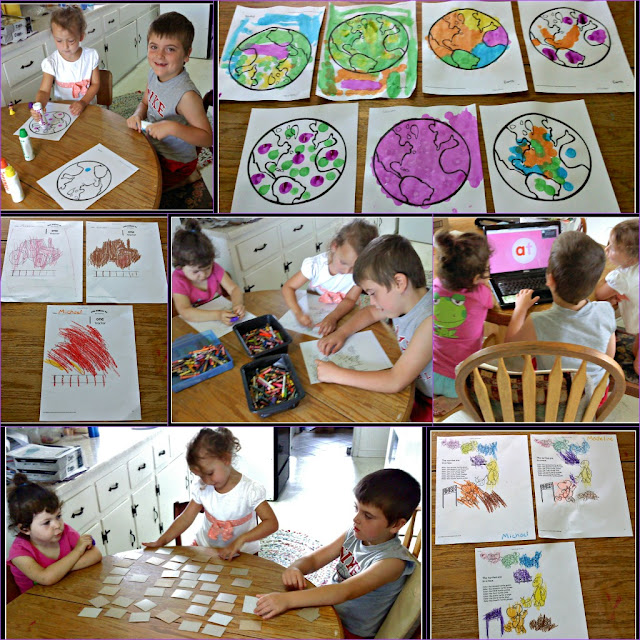 Amanda took the kids for a nature walk. 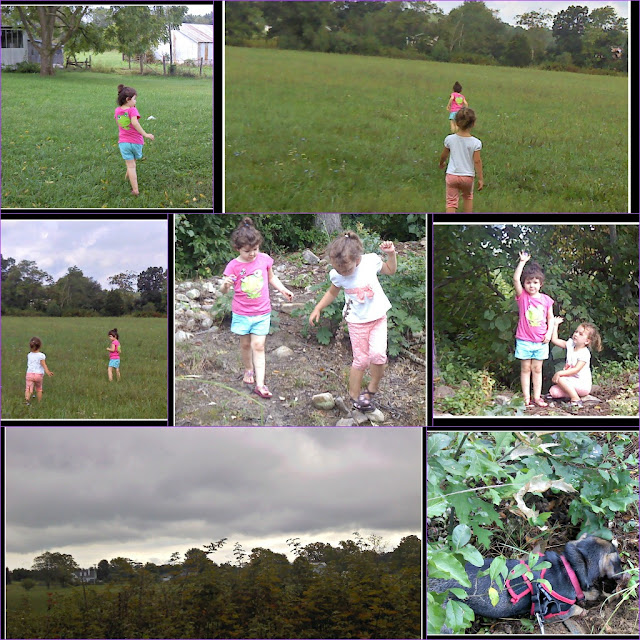 Gage enjoyed practicing his computer skills. Actually the batteries are dead in this one but he was having fun anyway. 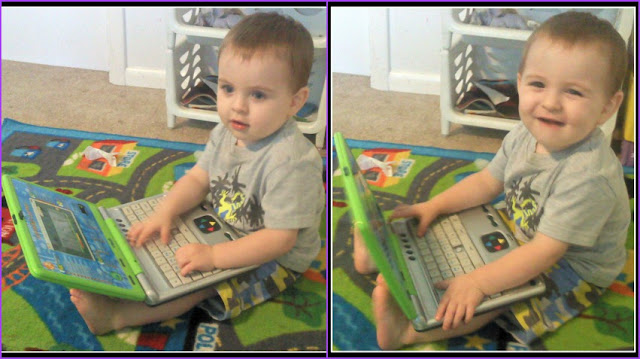 Doug is the math teacher for Austin and Amanda this year. I have to say I am more than glad to let him have this job. I enjoy teaching almost any subject but math. 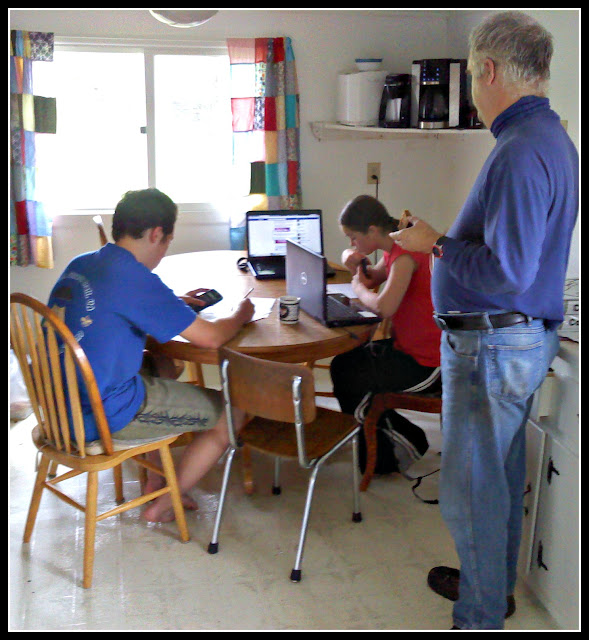 When CJ came home from school he wanted to rake leaves and Lauren wanted to be his helper. 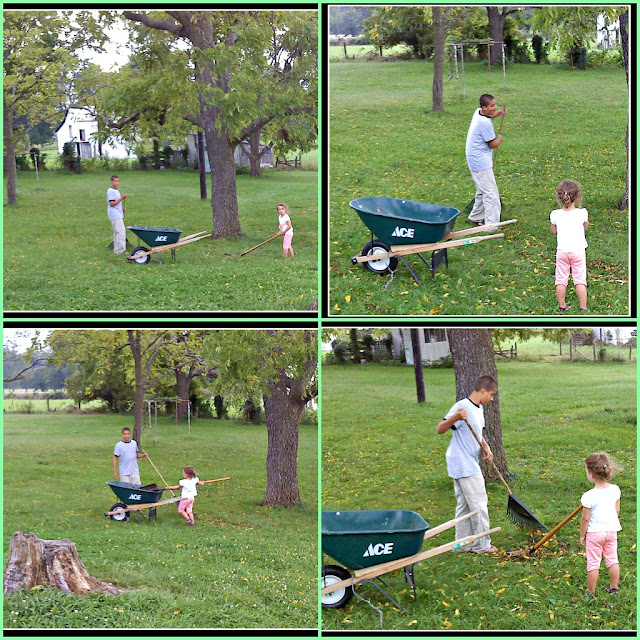 And after all Lauren's hard work in the yard, she snuggled with Holly while they played with Holly's phone.

Wednesday
Wednesday morning we got out the playdough. The boys played a few minutes and then took off again, but Calla really enjoyed the playdough and stayed awhile to play. 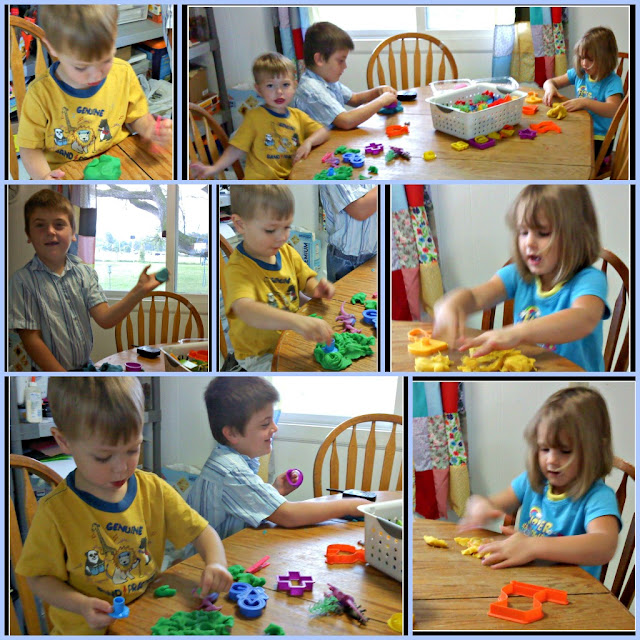 We did a little more on the Creation Story Bible Unit and also practiced our math skills. 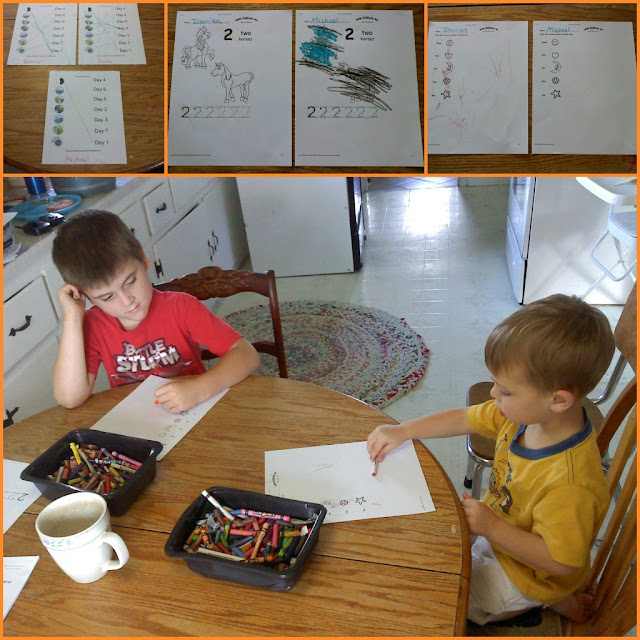 Here's a little peek at a project I've been working on lately. I'll share more about it after I've completed it. 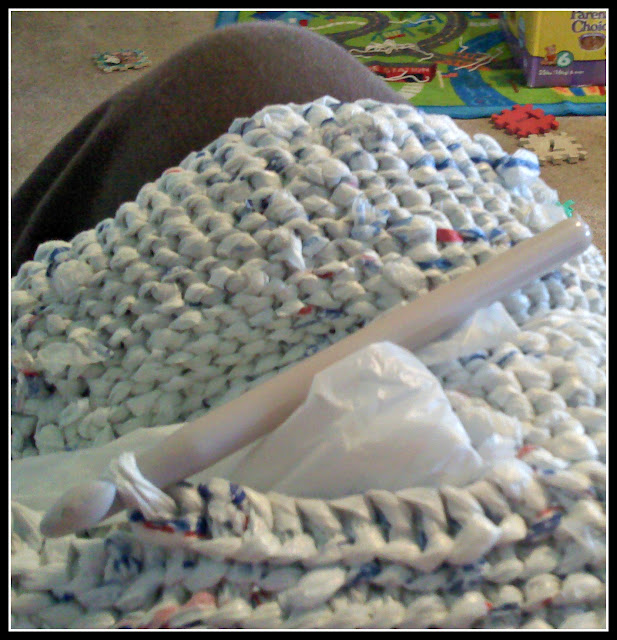 Wednesday evening was our first evening of Wednesday night ministries at church after the summer break. Our evening starts with a free meal for all and then their are a variety of family, adult and youth programs. We're a part of the family ministry called Family Works. I was hoping to get a few more pictures but the evening flew by and we were so busy I only got this one. This was during the time between the meal and the time the evening activities started. Austin and CJ had already gone off to their own activities and the younger kids were coloring pictures. 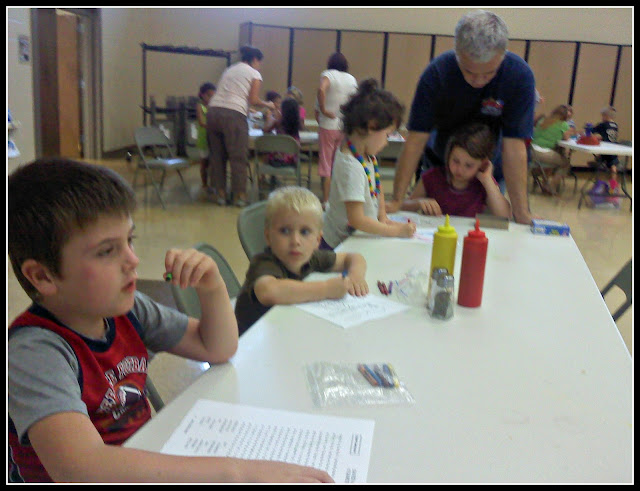 These are from our rather unproductive attempt at going to a Doctor appointment Thursday morning. 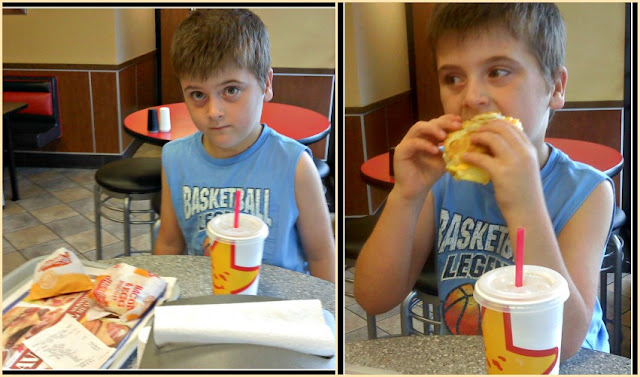 And here is a new bean and rice recipe that I tried that I'll be sharing next week. It was really good. I made a similar one recently but I think I liked this one even better.


Friday
The grapes haven't done well at all this year but this poor empty arbor makes a great place to build a house with blankets. 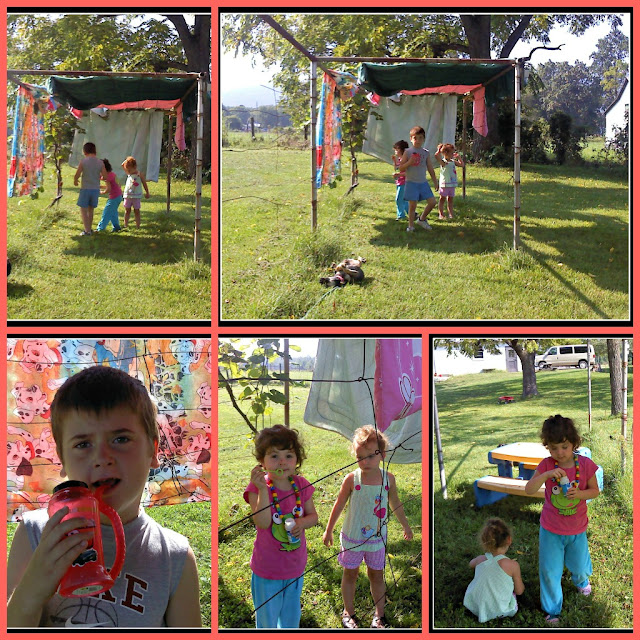 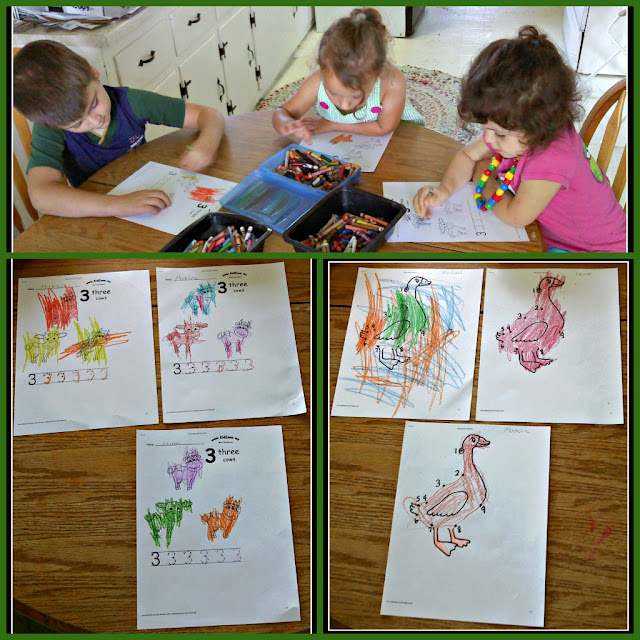 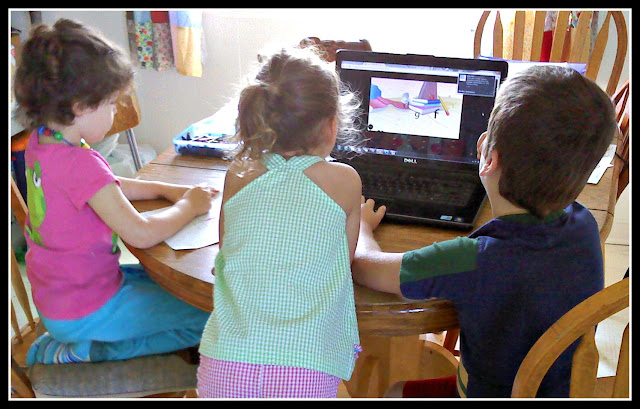 Have I mentioned before that I'm so glad Doug is teaching math this year? 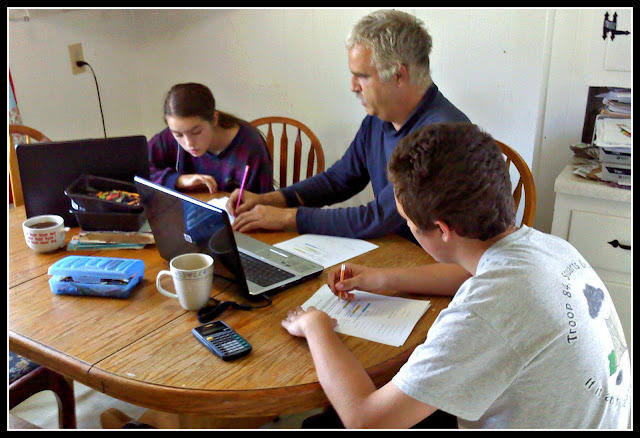 Saturday
Doug gave Michael a haircut and then I gave Doug a haircut. Austin still needs a haircut though. 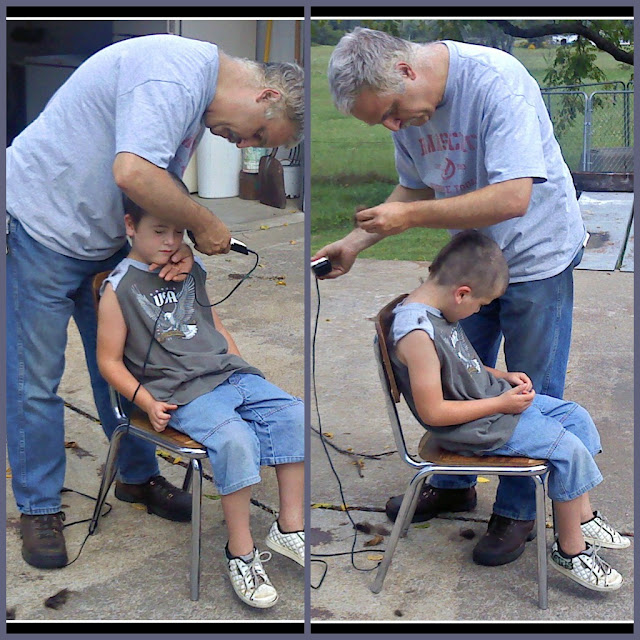 CJ worked hard picking, husking and cleaning corn from his corn patch. He fixed us some corn on the cob for dinner and it really good, sweet corn.

Yard work is so much more fun with good helpers! 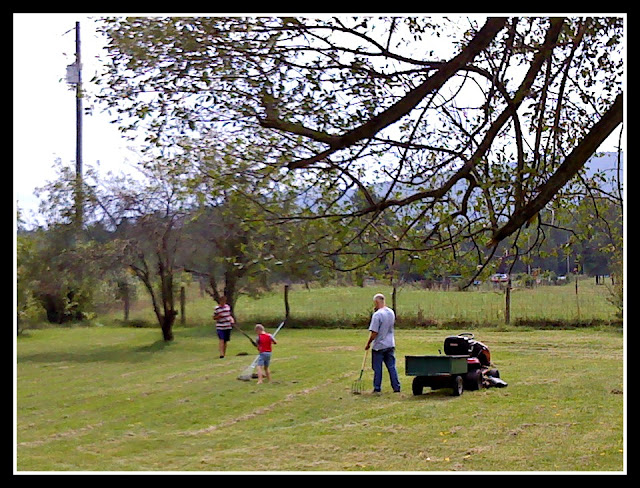 Doug finished Michael's desk and it is now in his room. Michael is so proud of that desk! 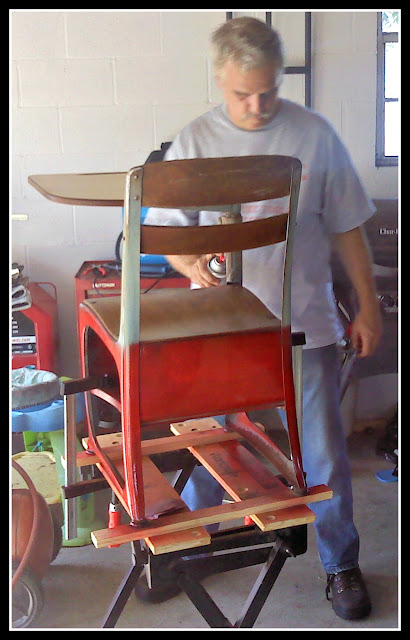 And that's a peek into our week. It was a good week and we're looking forward to another fun week.
Posted by Rose @ Walnut Acre at 2:10 PM