Walking With the King
In that day you will say: "Give praise to the Lord, proclaim His Name; make known among the nations what He had done, and proclaim that His Name is exalted." ~ Isaiah 12:4

In the Garden
CJ weeding his corn patch this morning before it got to hot to be outside. 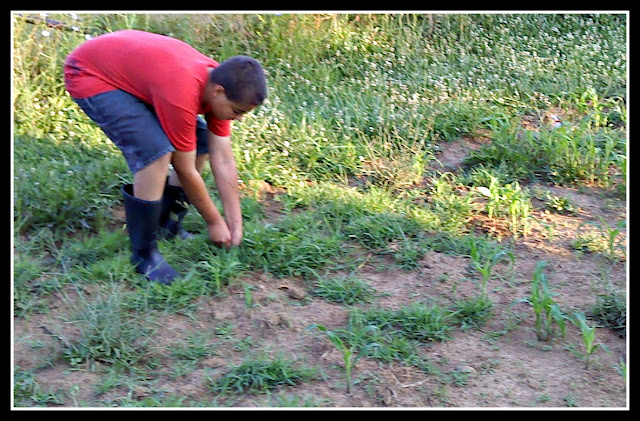 In the Kitchen
We had scrambled eggs, biscuits, and bananas for breakfast this morning. Austin was in charge of lunch and he chose to make pizza and lima beans. It interesting sometimes to see what the kids decide to pair together for a meal. For dinner I tried a couple new recipes. We had Crockpot Bacon Cheese Potatoes and these yummy Spinach and Egg Squares. 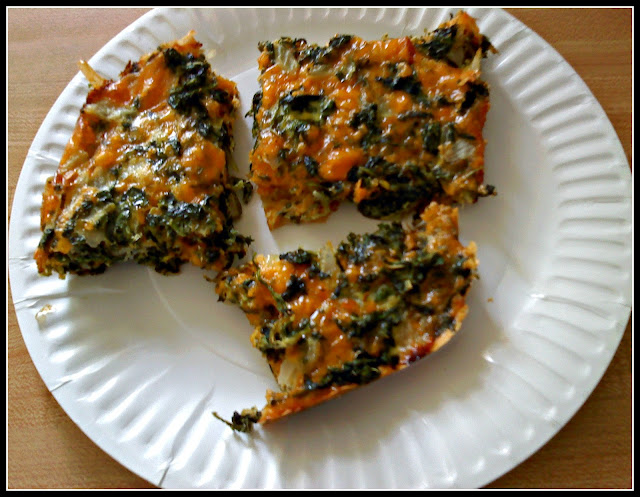 I found both recipes on Pinterest and both are definitely keepers.

Out and About
As usual on Thursdays Austin, Amanda and Michael are spending the evening at my parents house.

Other Notes and News
Today has been another hot day. Other than about 40 minutes outside between 7 and 8 this morning we've been inside all day. A large part of the morning was spent building tents in the playroom. 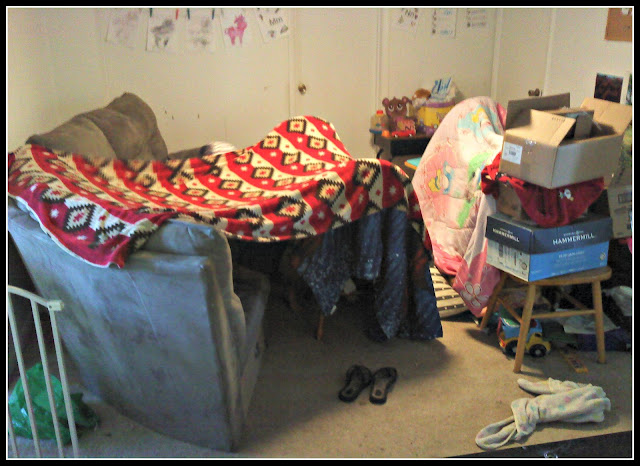 CJ decided he wants to make a quilt and started cutting out some blocks from some of his fabric. 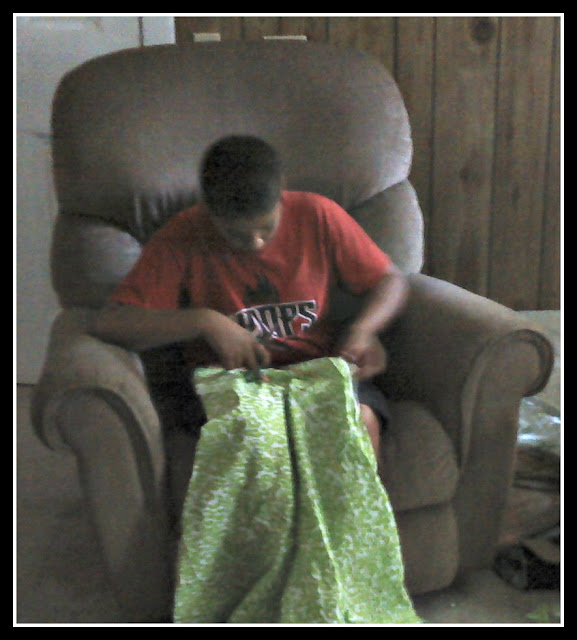 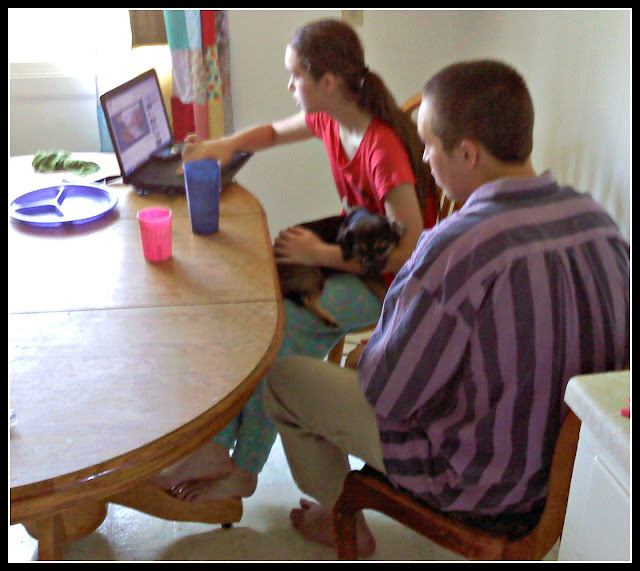 I spent some time this afternoon cutting up some old clothes into squares to use for patchwork curtains. I have a lot more to cut up but this is a start. 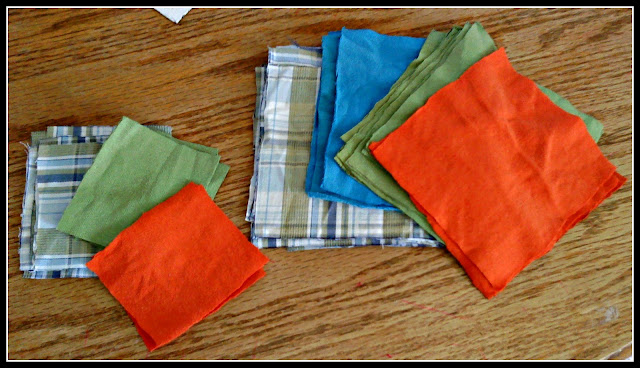 Michael was awake a lot last night and tired and cranky this morning. After lunch I found him resting on the couch and he was soon snoring. That's very unusual for him but since he was sleeping I took a nap too. Unfortunately the nap didn't seem to help him mood much. Hopefully he'll sleep good tonight.