Walking With the King
A heart at peace gives life to the body,
but envy rots the bones.
~ Proverbs 14:30

On Our Nature Walk
CJ looking at the seeds on some plants. 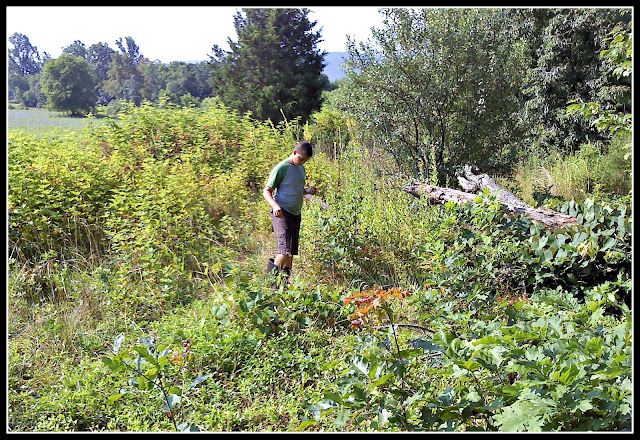 It was late enough in the morning when we walked back here that it was getting pretty hot so we didn't stay long. But tomorrow morning I'm hoping to go earlier and pick blackberries before it gets hot. 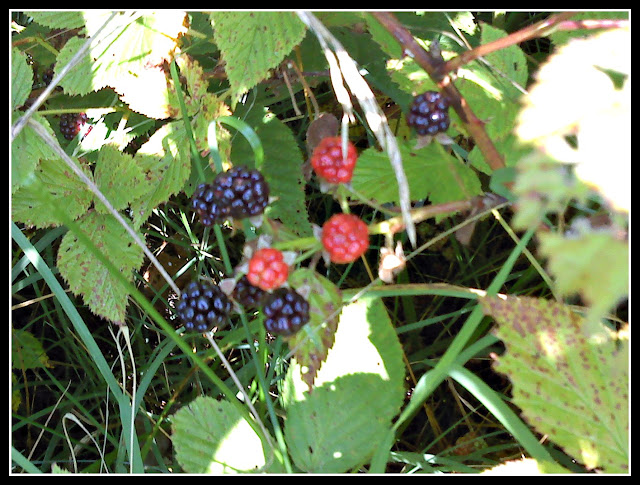 In the Garden
On our front porch we have two potted tomato plants. When I watered them this morning I noticed there are little tomatoes on them. One plant has only one little tomato . . . 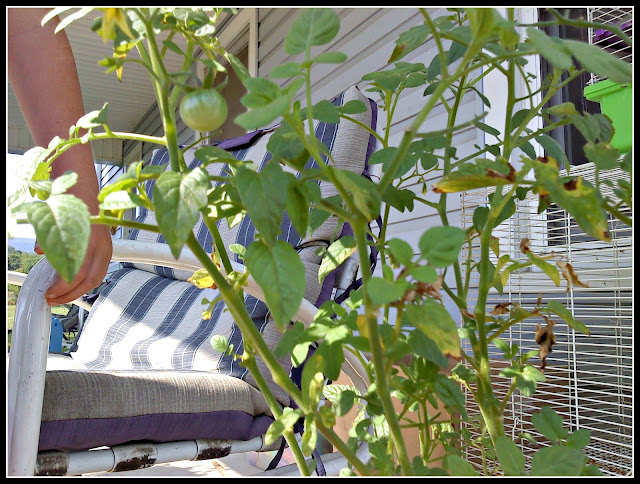 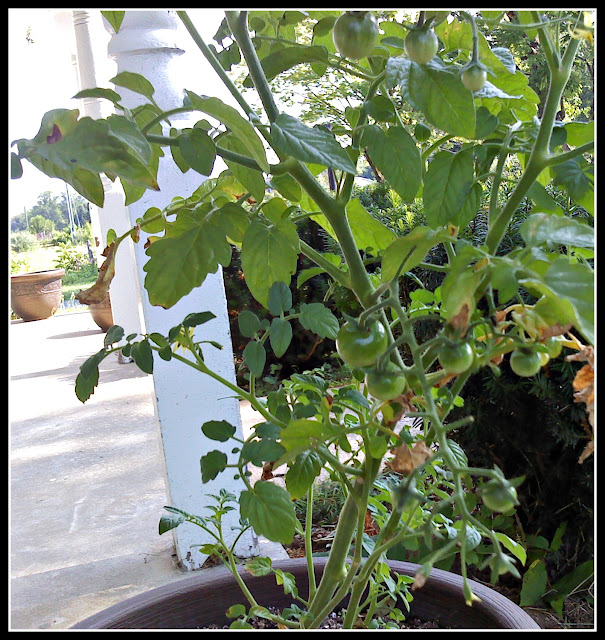 I'm going to need to stake them soon as the plants are getting really tall and will need some support as the tomatoes grow.

In the Kitchen
I made pancakes for breakfast this morning. I decided to make a double batch so I would have some left to put in the freezer for the next time we have pancakes on the menu. One mess, two meals. This actually may be enough for two meals which would be even better. 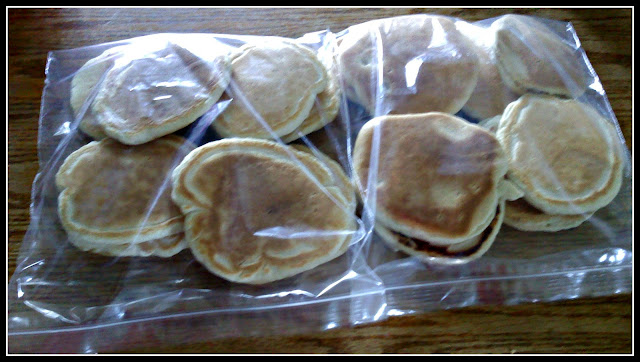 I also mixed up a batch of bread dough and put it in the freezer for the next time we want it for pizza bread. I flash freeze it and then put it in storage bags until we're ready to use it. 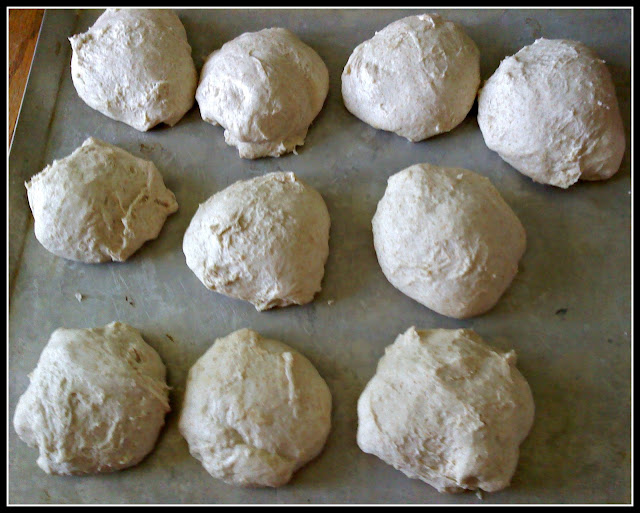 Amanda made salad and pizza for lunch today. 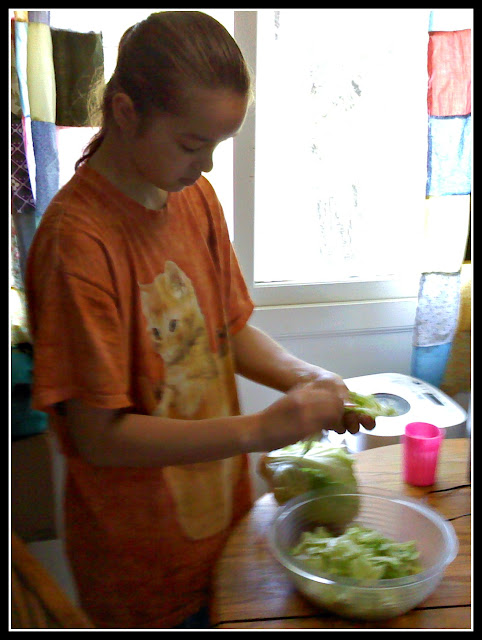 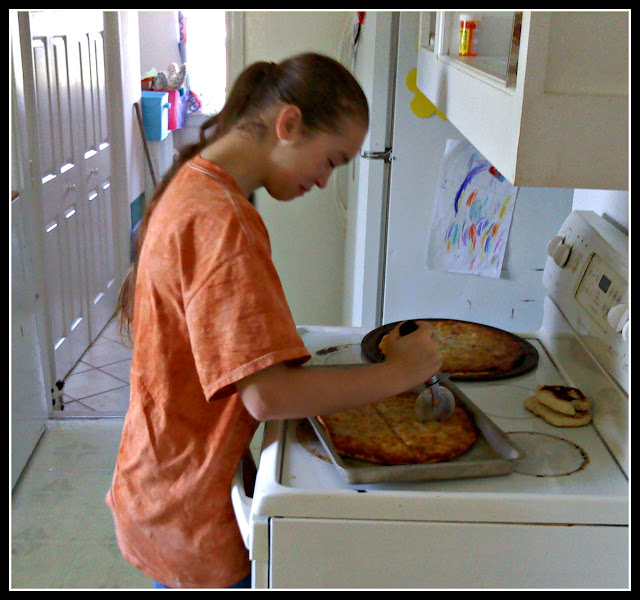 And CJ put a pan of chicken breasts in the oven for dinner. 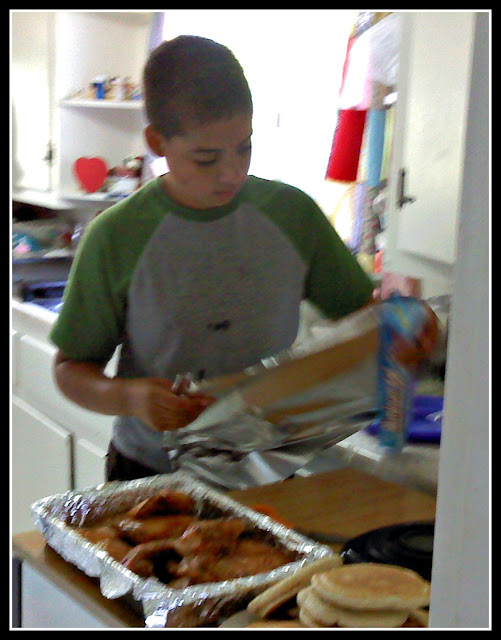 Homemaking Joys
I reworked the job jar system that Austin and Amanda use for part of their work time. I took out a lot of jobs that really weren't relevant anymore and added some that are in need of being done. Today Austin cleaned off the shelf that coffee makers and bread maker sit on, took the gate out of the door between the kitchen and playroom and cleaned that area well, and reorganized the bookcases in the living room.


Amanda did laundry, helped Michael take a shower, and gave the dog a bath.

Out and About
I was happy to be able to take Amanda to volunteer at the SPCA this afternoon. It had been a few weeks since we'd been there, although our goal is to go once a week. We only played with two cats while we were there and didn't walk any dogs because there was a thunderstorm while we were there. The power went out for a little while but came back on again before we left. 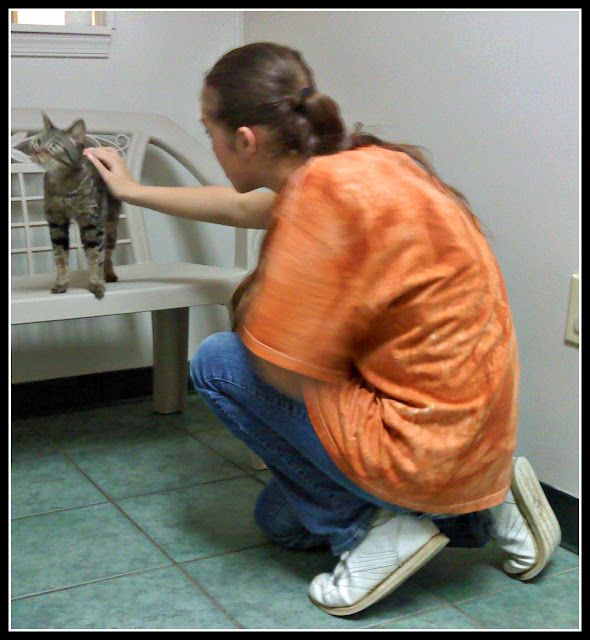 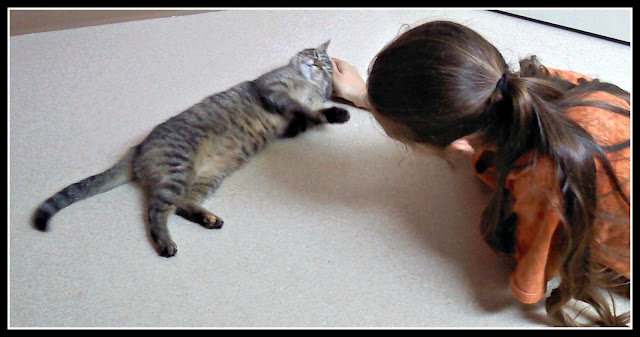 
Later this evening we decided to go to Wal-mart to pick up food for the animals - dog, cat and guinea pig food. We were also going to get milk because I like the prices for milk there better than Sharp Shopper but there was no milk there. Because of the power outages over the weekend due to the storms, the milk cases and the meat cases were mostly empty. It's sad to think of so much food going to waste.

Other Notes and News
Michael getting into Daddy's shaving cream. 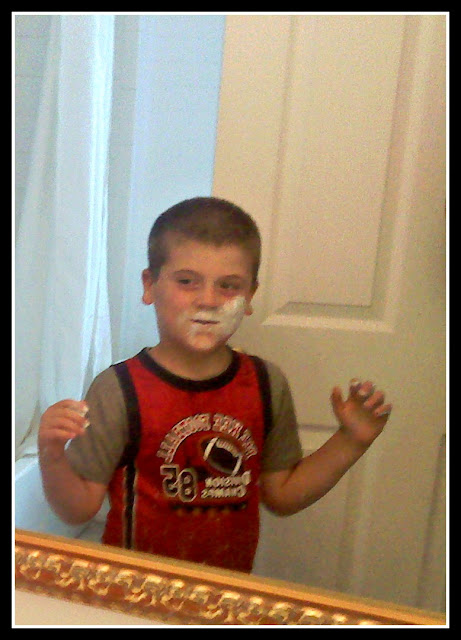 He looks very pleased with himself!

Today's Quote
Earth and sky, woods and fields, lakes and rivers, the mountain and the sea, are excellent schoolmasters, and teach some of us more than we can ever learn from books. ~ John Lubbock