Walking With the King
The Lord will be king over the whole earth. On that day there will be one Lord, and his name the only name. ~ Zechariah 14:9

Today's Quote
Being considerate of others will take your children further in life than any college degree. ~ Marian Wright Edelman

On Our Nature Walk
We we walked back to the creek this morning to see if there was any damage from the storm Friday night. It really looked pretty good back there, there were no trees down and this was the only branch we saw that was down. 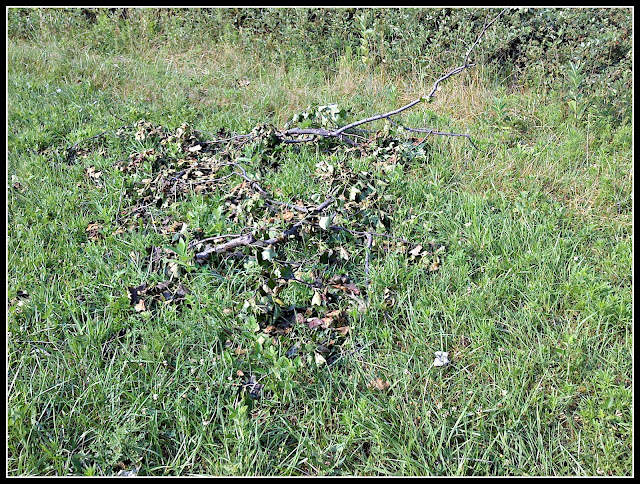 Look at all this chicory. I just wish it was easier to get the roots out of the ground. 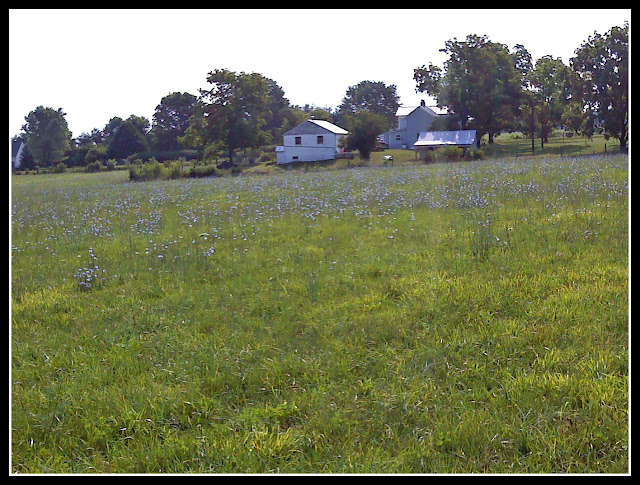 The blackberries are looking good. 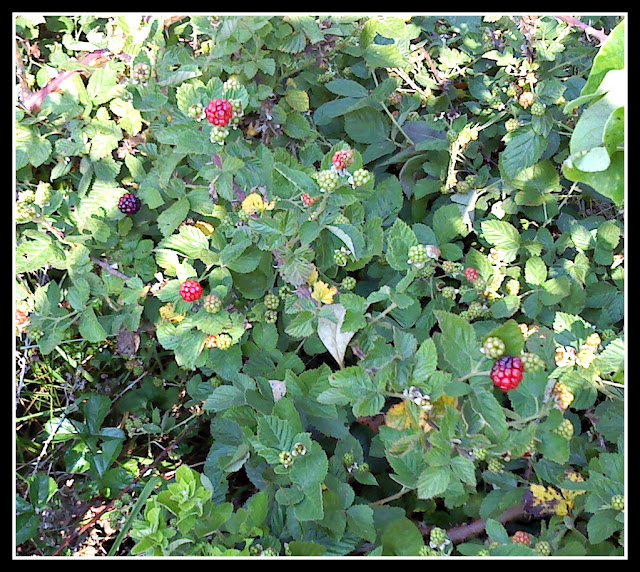 Friday Night's Storm
Friday night we had a huge storm. Doug and his cousin Greg were on the road bringing a load of furniture back from Christiansburg and got caught in it just as they were getting close to home. Trees were coming down and at one point they had to turn around and find a different route. The wind was awful.


I was at home with the kids when I heard the severe weather alert on my computer. So I went outside to watch it come in and was amazing to watch. It came in fast and hard. The clouds were strange looking and the lightning was weird. I heard the wind coming and then it hit me so hard I almost lost my balance. I our electricity was going on and off. Michael and CJ were asleep upstairs. There room is on the side of the house where there are several large trees so I moved them downstairs.


Doug and Greg got here and were getting the load of furniture backed into the garage. I have a hard time staying in the house during a storm, they fascinate me so I walked out on the porch to see how they were doing. As I stepped out I heard a rumble different than anything I've ever heard before. I've heard people talk about hearing a rumble like a freight train when there is a tornado and that is exactly what this sounded like. Just as I said "What is that!?!?!" I saw Greg's head come up and heard him say "What is that?" and Doug say "Get in the basement" I ran inside and called the kids and hurried everyone down to the basement. We were down there for over an hour - six kids, three adults, two dogs and a cat. Michael and Cayson fell asleep on a crib mattress. CJ said the best thing to do was to pray so he and I prayed together for safety. Amanda tried to keep the animals under control. Aaron and Austin entertained themselves with a book of search word puzzles. Doug and Greg were in and out, watching and listening. At one point they said we could come out and just as we started out we felt  the wind slam again so we went back down. Things finally calmed down and we were able to get the kids settled and take a deep breath ourselves. We were fortunate. Downed tree limbs were the extend of our damage. People around were without power and many are still without power. Roofs were lost, trees fell on houses and vehicles and several people were killed due to falling trees. 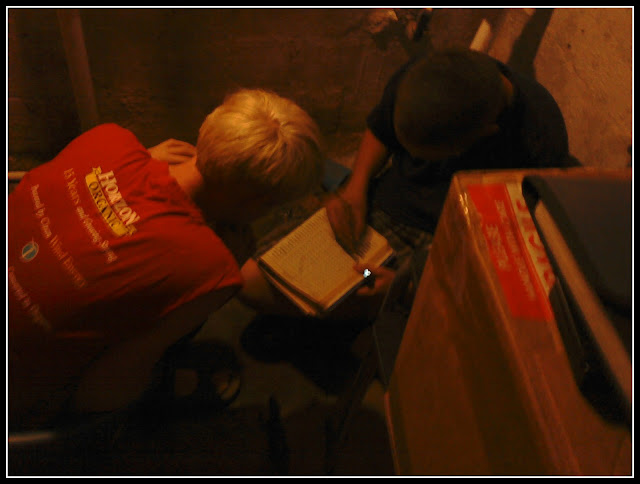 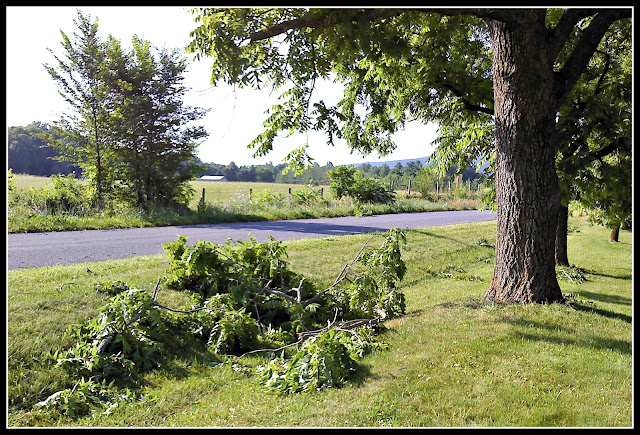 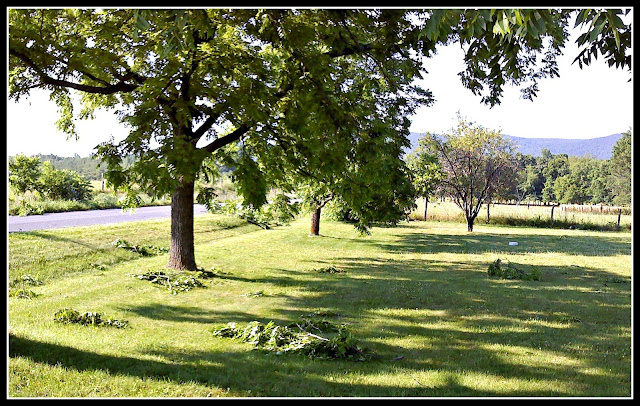 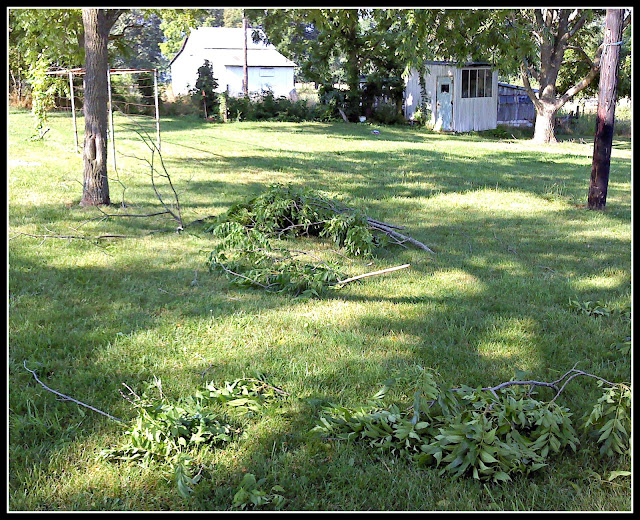 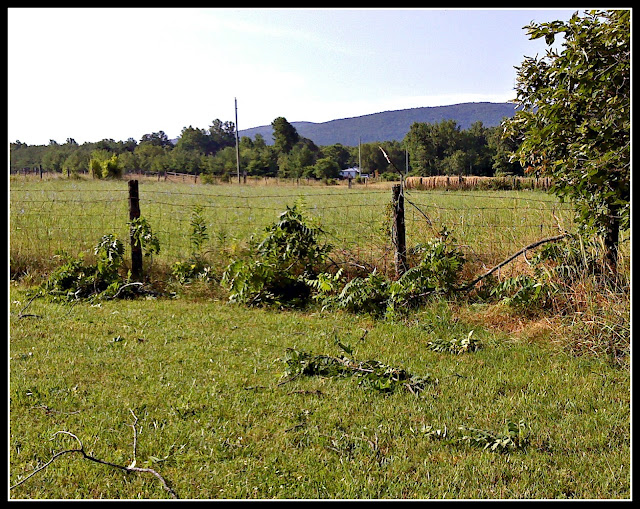 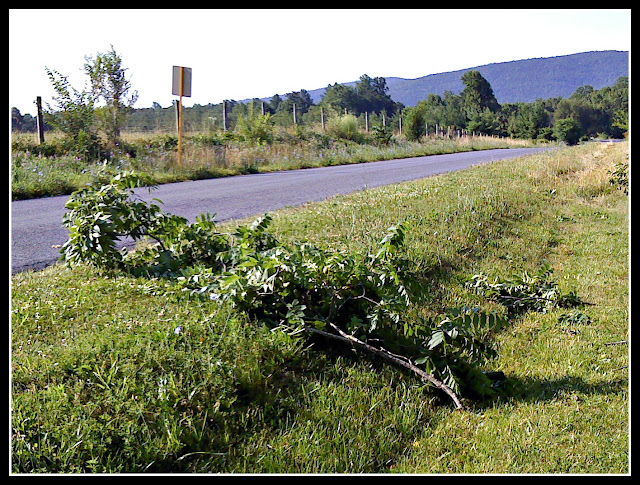 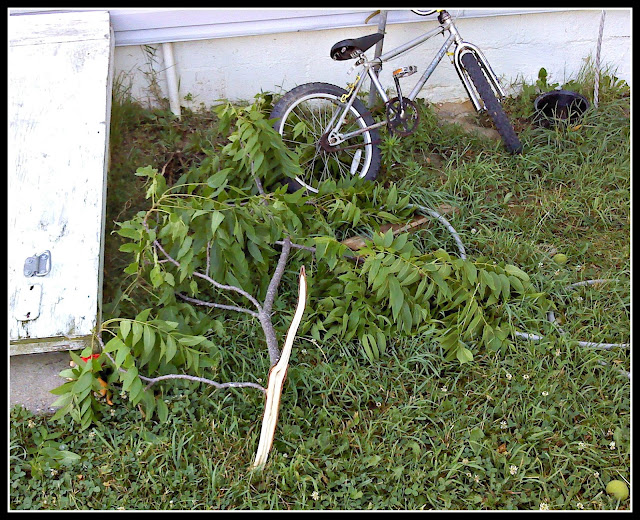 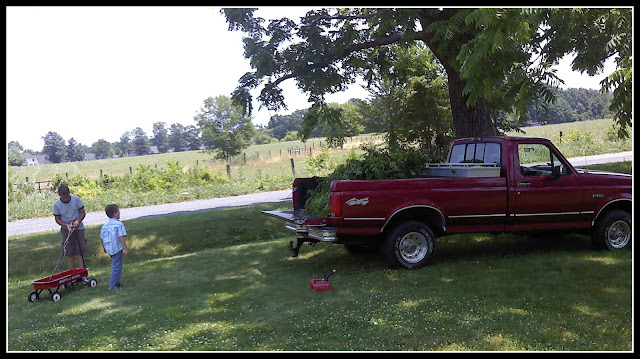 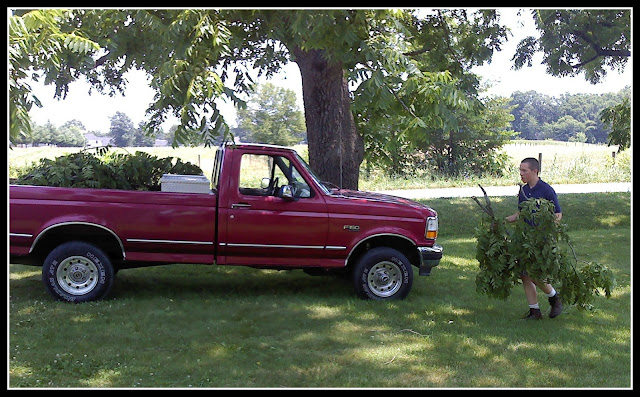 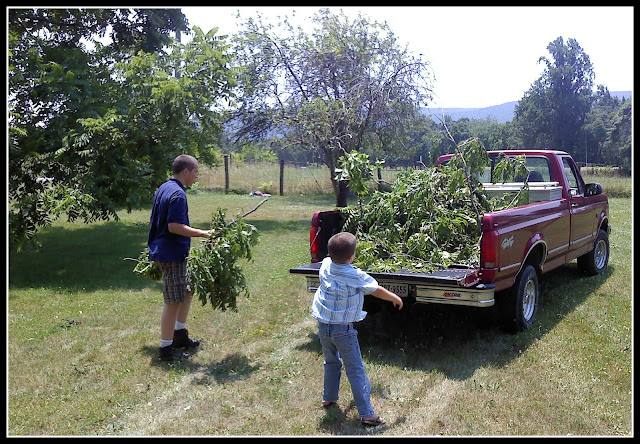 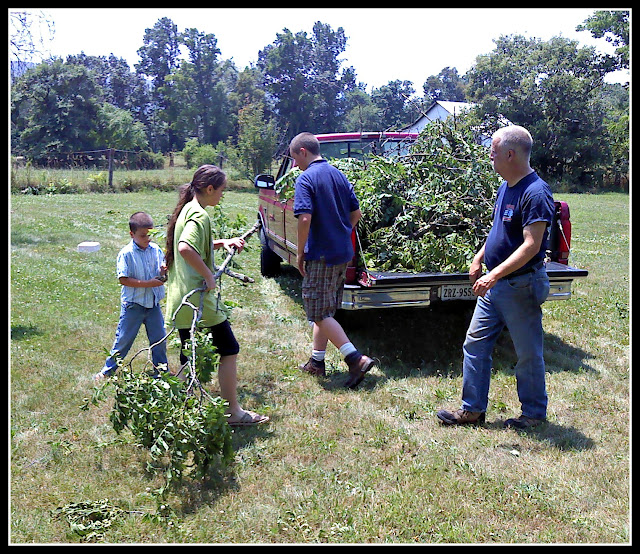 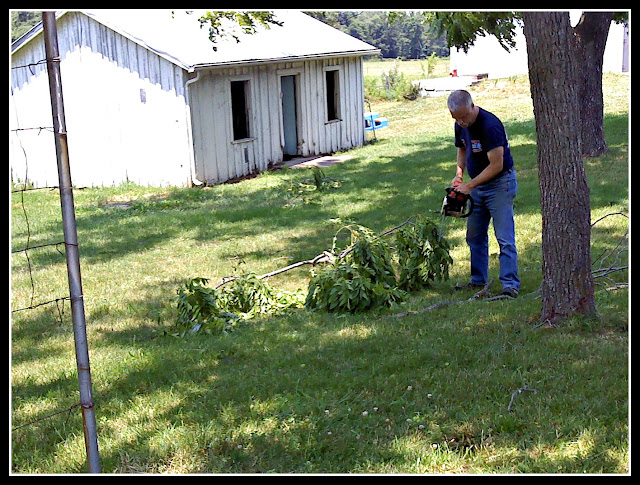 In the Kitchen
I made Baked BBQ chicken, Sweet Potato Fluff and Green Beans for lunch today. Dinner this evening was just leftovers from lunch and from yesterday.

Out and About
We didn't have church this morning because the power is still out there from the storm Friday night. This evening we were all getting a little restless so we went to Dairy Queen for ice cream and then went or a little ride.

Other Notes and News
Tomorrow is going to be a busy one with a Dr. appointment for CJ and grocery shopping as soon as we are done with that.