This week we're beginning a unit on Dinosaurs. I'm using resources from a variety of different places. Today we started by reading Dinosaurs by Robert T. Bakker

Then we watched this video on YouTube. It's basically just a silly fun song about liking dinosaurs.

And finally, we got to my favorite part - the dinosaur life cycle game. I printed these materials from Dinosaur Life Sequence Cards from Making Learning Fun.

Before we played the game I showed the kids the life cycle of a dinosaur with the color cards. The black and white game board really isn't in quite the right order because it's made for the child to cut apart and then put in the proper sequence. I think before we play again I will cut it apart and glue it in the right order on cardboard or construction paper. These could definitely be laminated to make a longer lasting game. 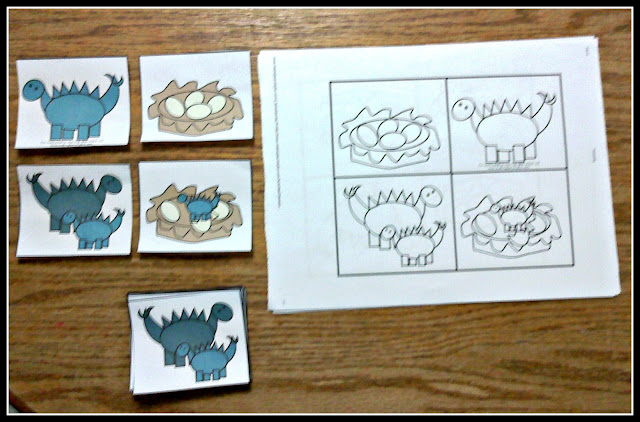 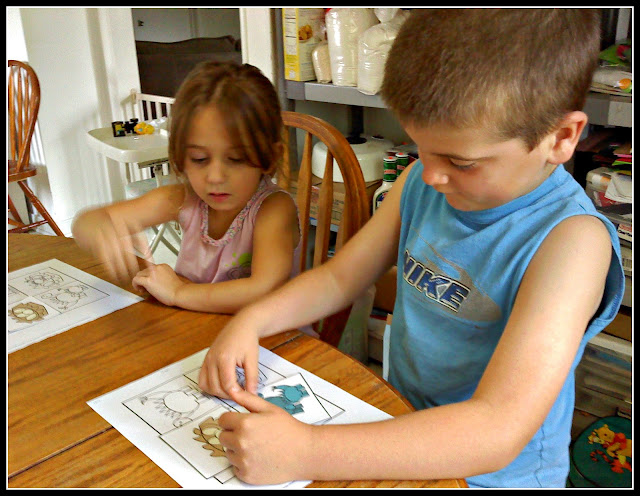 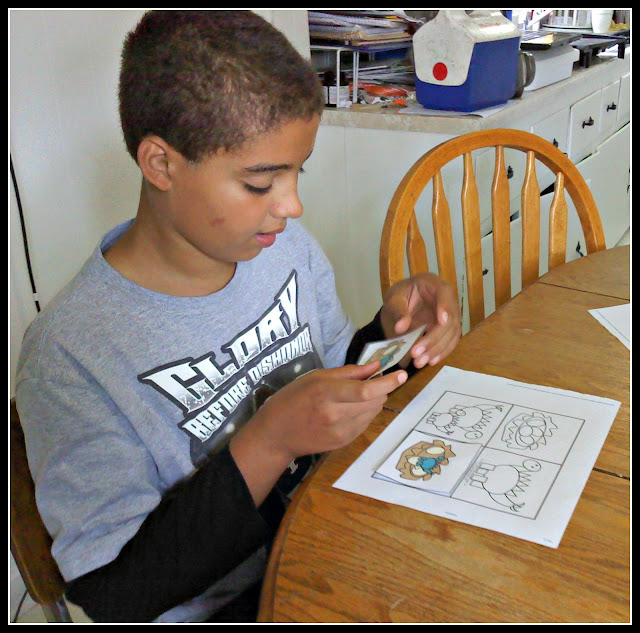 We played three rounds of this game today and the kids loved it. No Time For Flash Cards