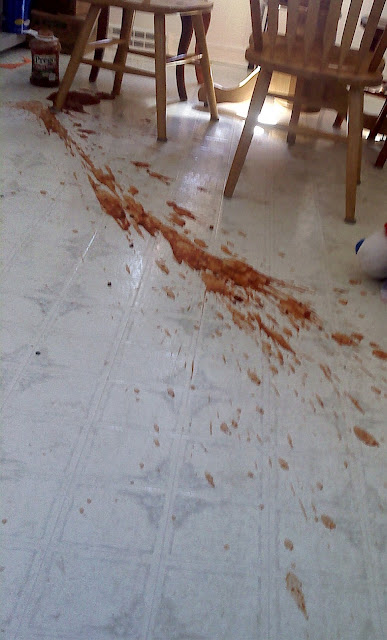 It's never boring around here. Yesterday we accidentally had Cream of Wheat cookies, today we had a spaghetti sauce explosion. Michael accidentally knocked a large plastic jar of sauce off the top shelf in the kitchen and when it hit the floor this was the result. I'm glad it didn't actually hit him but it did splatter spaghetti sauce all over him which made him upset. Then when he set his sandwich down to go change clothes the dog ate his sandwich. That was enough to make him hysterical so we had to get him clean clothes and make him another sandwich before we could clean up the sauce. 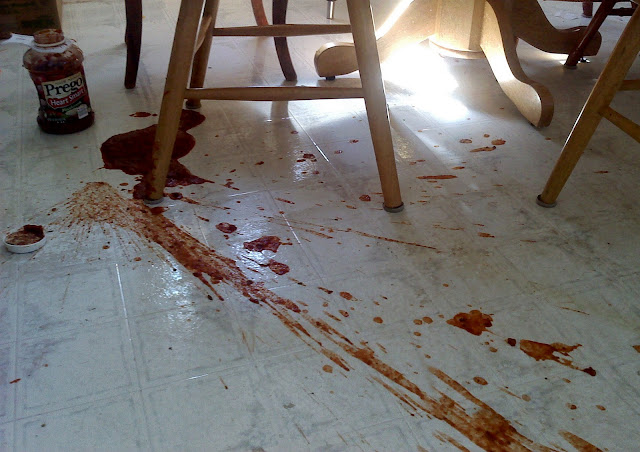 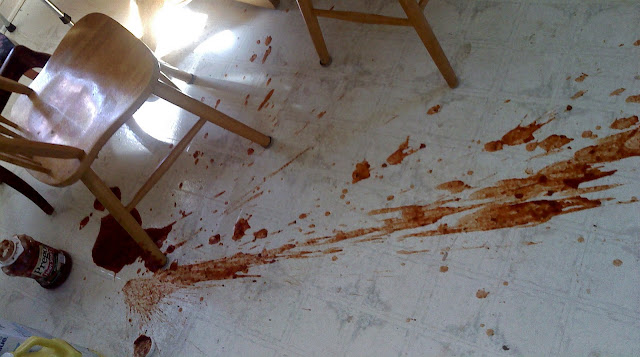 And Amanda thought this would be a great place to draw smiley faces. I think the cat was just amazed at the whole scene. 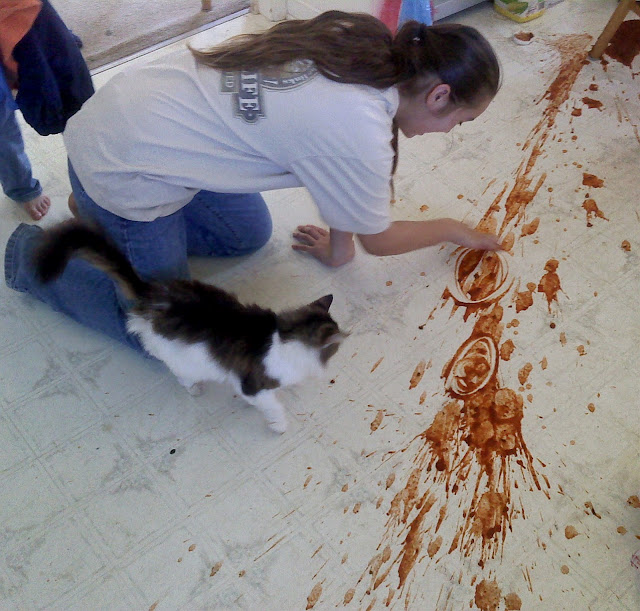 And as she scooped the biggest pile of it onto a plate to throw away I heard her saying in a sweet coaxing voice "Come on spaghetti sauce, now get on the plate. You know you want to." 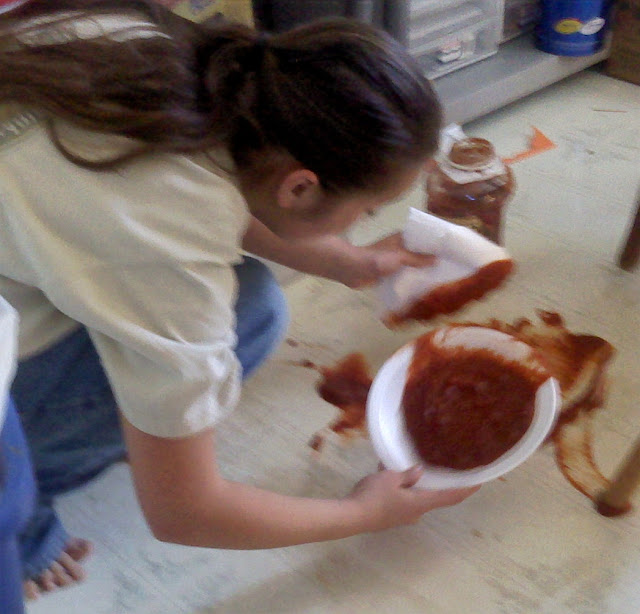