Scenes From Our Saturday

When my day begins with my child sporting an outfit like this . . . I know it's going to be an interesting one.

And it was - interesting and busy, and mostly fun.
Friends of ours bought new furniture for their living room. Doug went this morning and took out the old furniture, intending to take it to the landfill. When he came home with it and we started really looking at it, we realized we could use parts of it. So two parts of a three part sectional are now being enjoyed in our playroom. 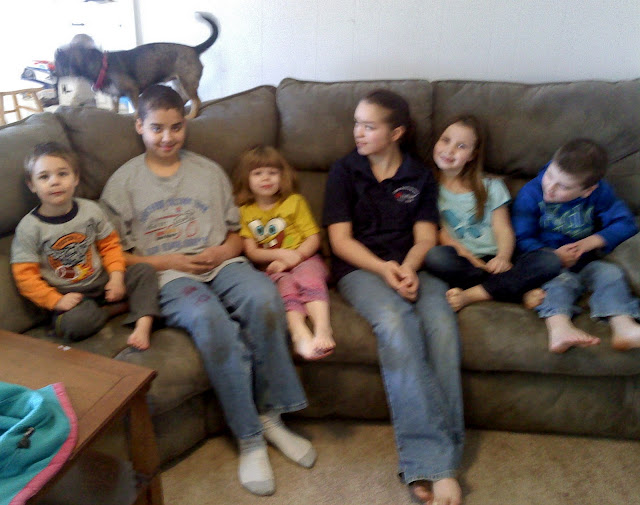 The third piece is broken so Doug put it in the garage and is going to see if he can fix it. 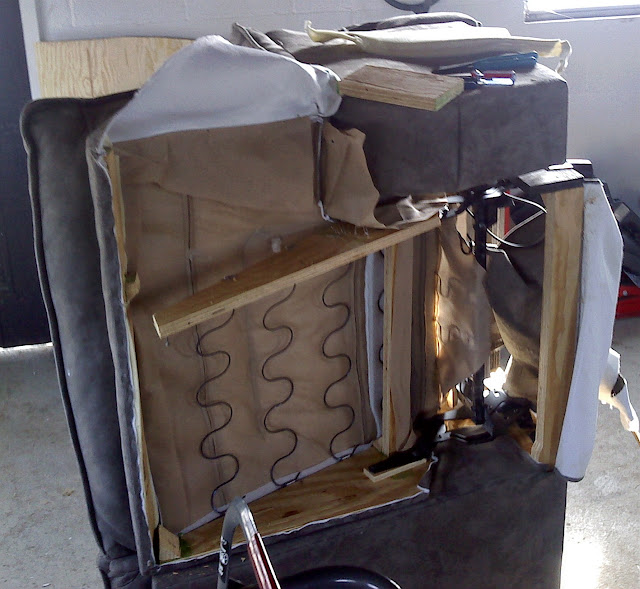 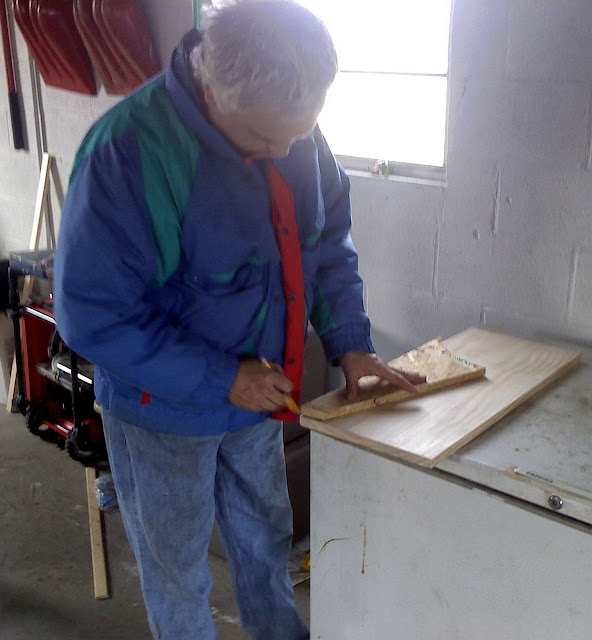 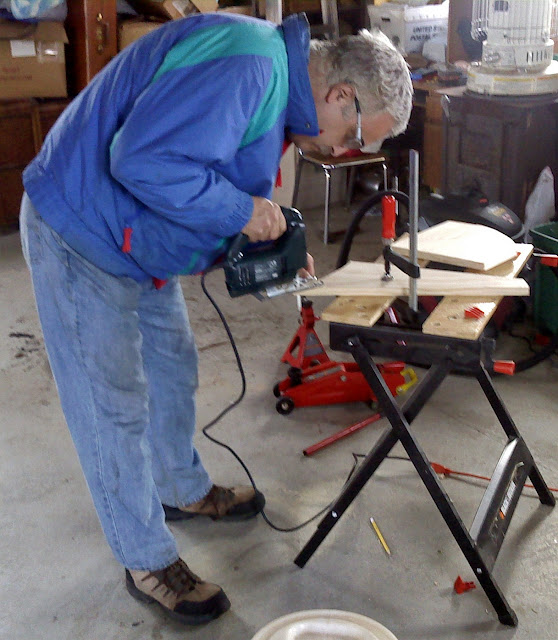 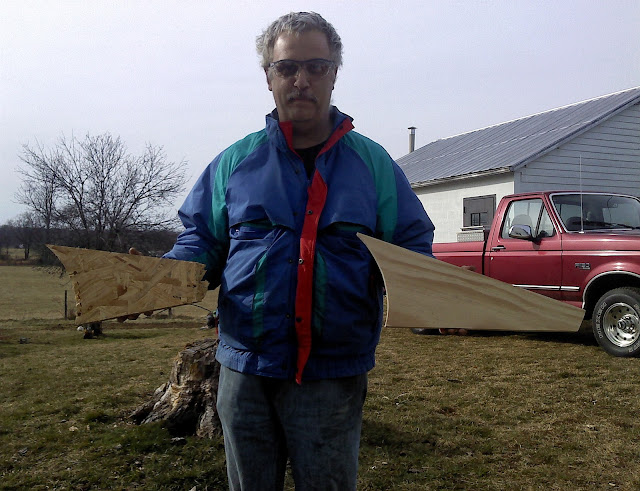 Today was sunny and warm so the kids and I spent hours outside.
I'm not sure what all was going on here but I know it involved bear hunting, bear traps and walnut soup. 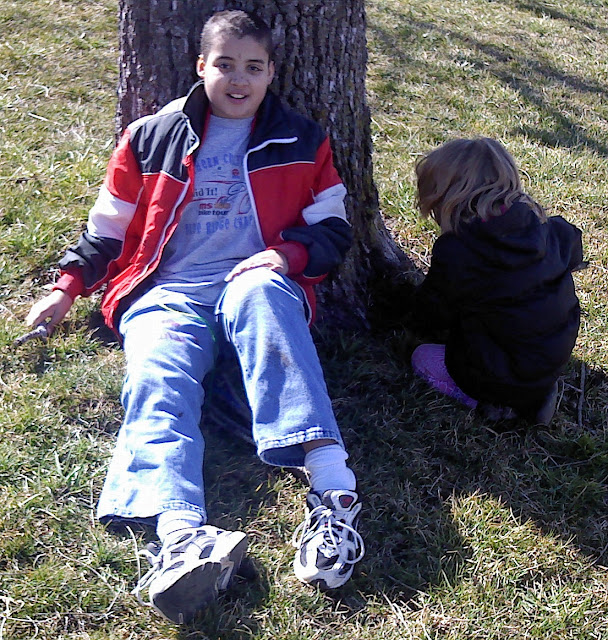 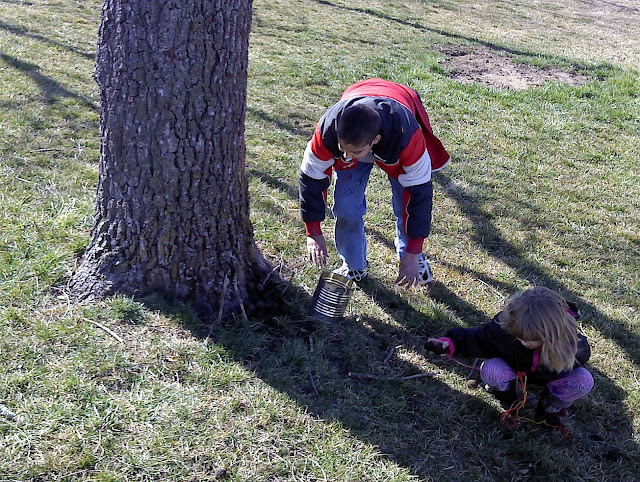 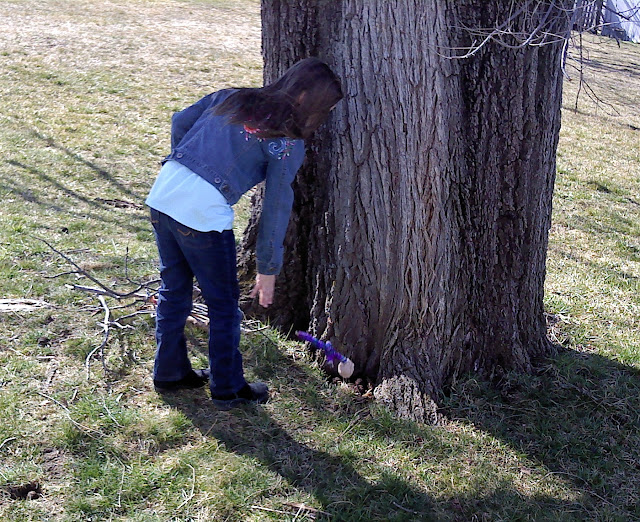 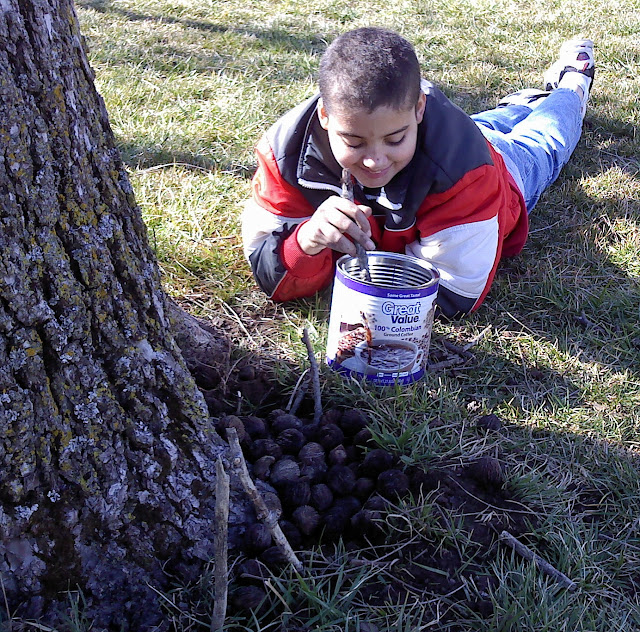 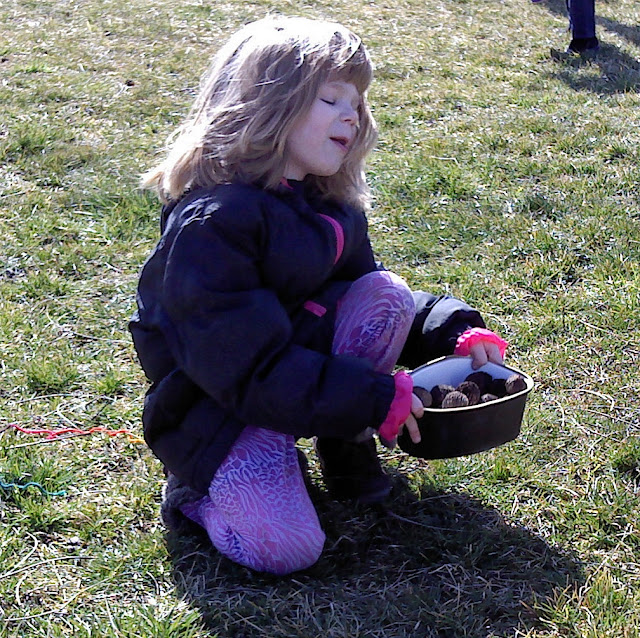 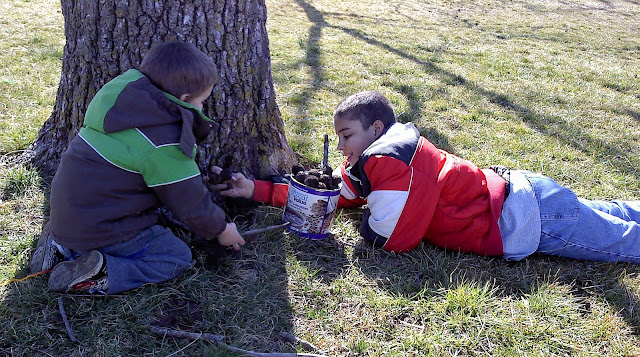 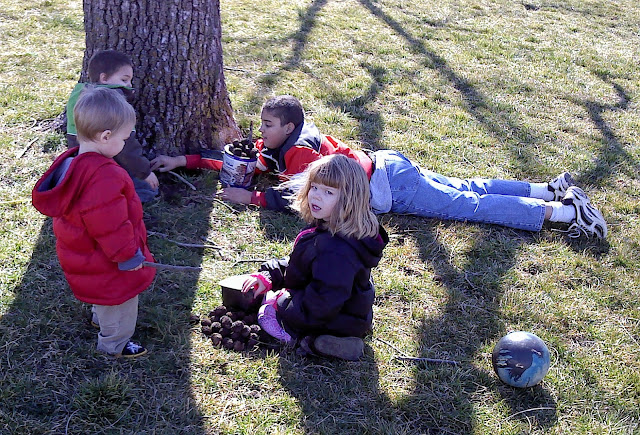 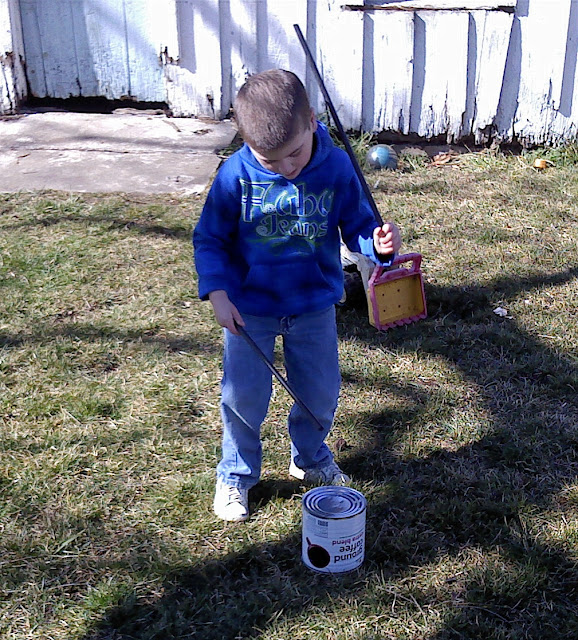 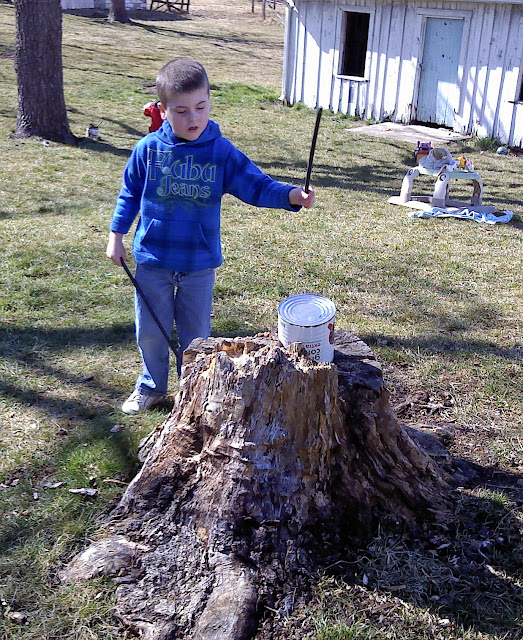 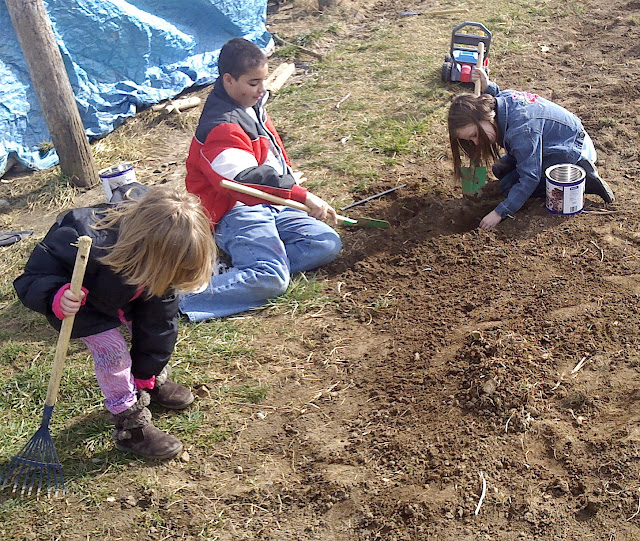 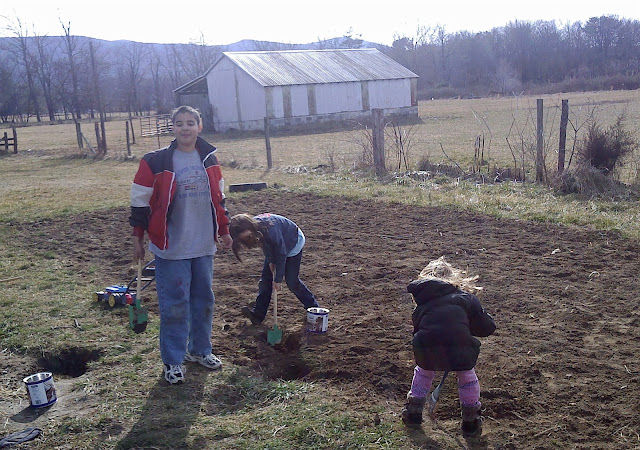 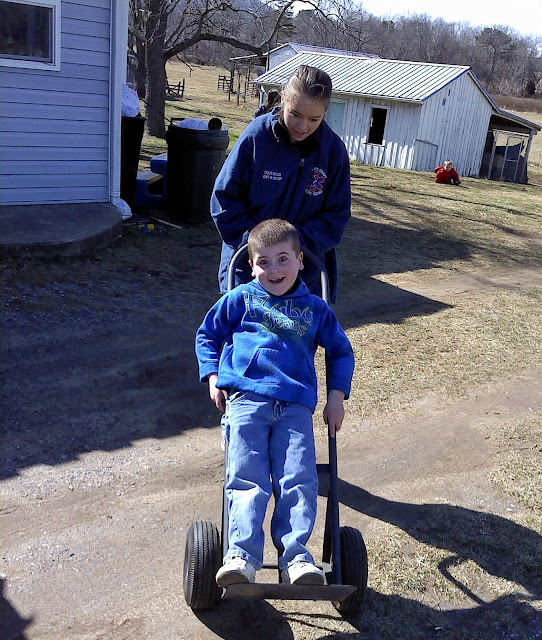 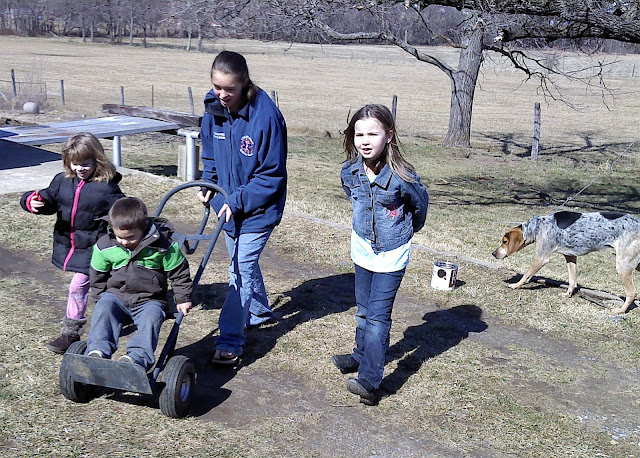 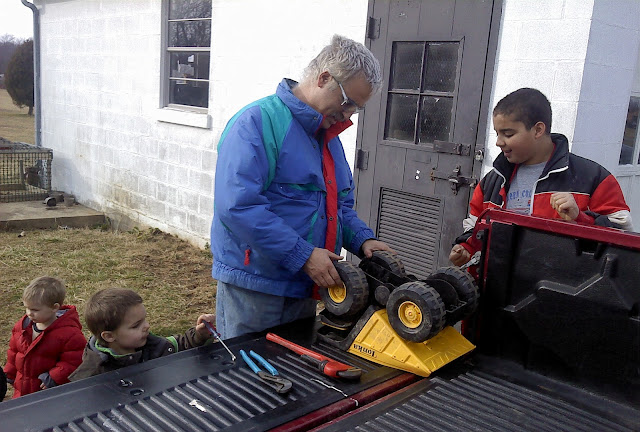 We made some more yarn and stick people. 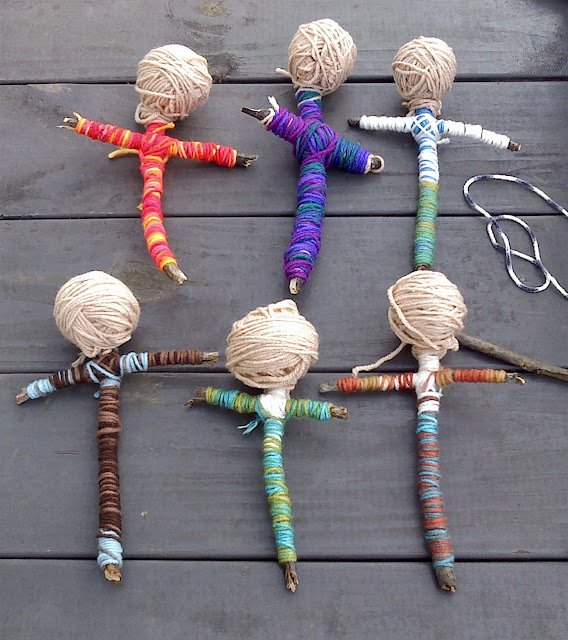 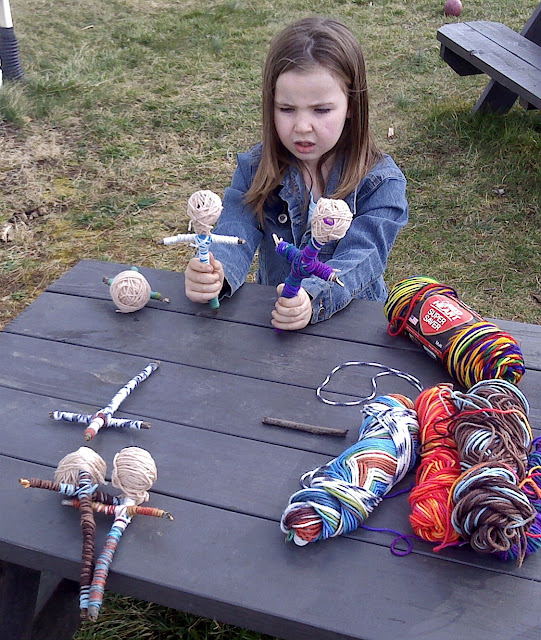 Michael took his stick person (he told us it was his daughter named Isaac) for a ride on his bike.
Unfortunately, daughter Isaac, met with an unfortunate fate, bringing great grief to her father, and we had to make a new Isaac. 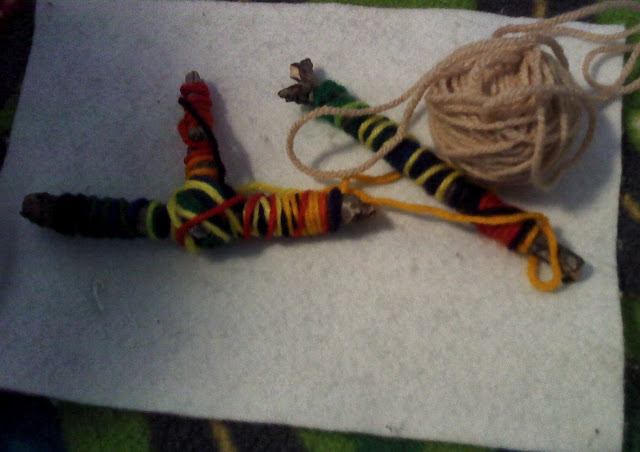 All in all (despite poor Isaac) it was a really good day.
Now the little kids are in bed asleep and the older kids are doing quiet activities. We're all hoping for some snow tomorrow, the forecast is saying 4 - 6 inches. If we get that it will be our first real snow this winter. Between now and then, I'm hoping for a good nights sleep.
Posted by Rose @ Walnut Acre at 9:04 PM