County schools were closed today because of the snow so I let Austin and Amanda have off from their school work as well. We only had one extra child because of closed schools though, which surprised me a little.
Austin got to make snow cream this morning with Michael's help. We used this recipe. He had been asking me about snow cream from the time he heard there was snow in the forecast. This child loves his snow cream! 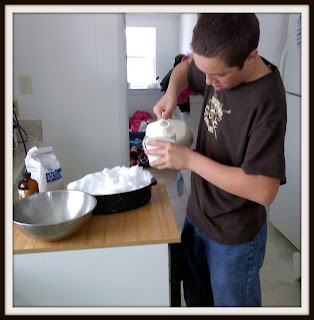 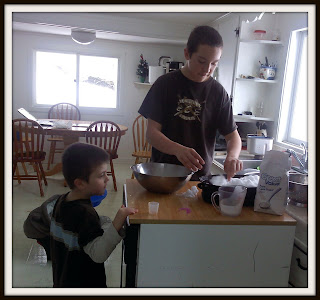 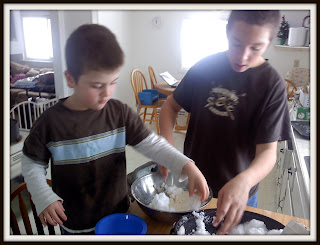 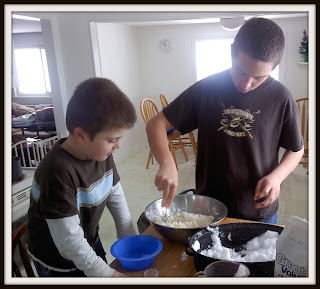 I made a double batch of this vegetable soup for this evening. We enjoyed it and have plenty left over to put in the freezer for later meals. My freezer stash is slowly building and I love watching the freezer fill. I also like knowing that in a bind there are quick meals ready to be popped in the oven or microwave. ﻿
Here are a few pictures of the kids playing today. We had a total of six daycare kids today but only got a few pictures of them playing. Somehow it still felt very busy all day even though there was not a large number of kids. 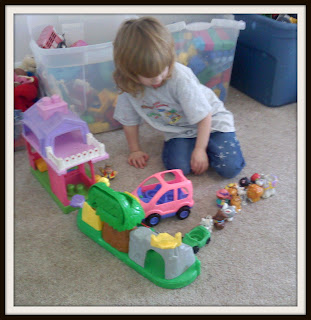 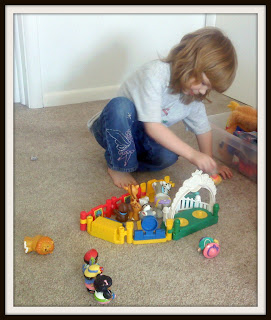 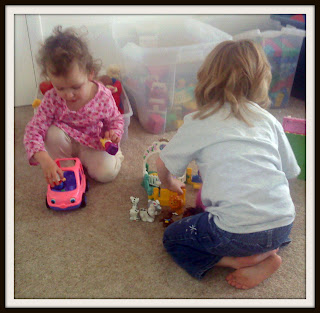 Austin, Amanda and Michael all three went to my parents house for the evening and most of our daycare kids left fairly early, leaving only one child who is spending the night. So Doug and I had a quiet, relaxing evening.
And just because I love snow pictures here are some that I took this morning through the windows (I love to look at snow but not go out in it.) 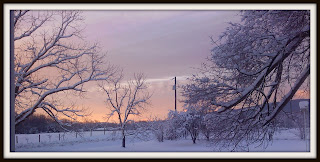 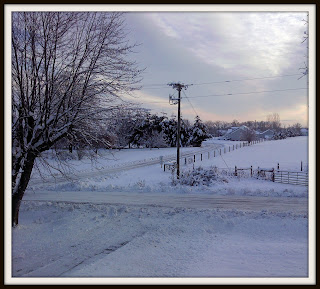 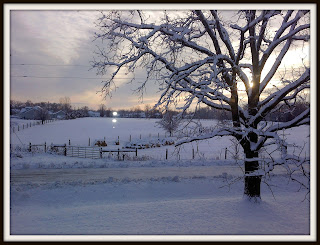 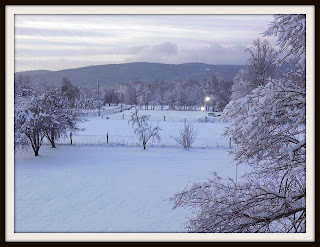 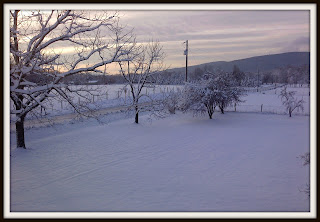 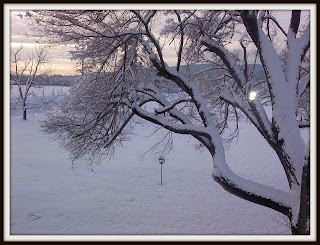 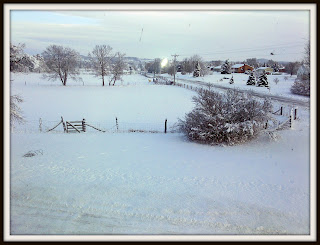