Today was one of those days when it was completely obvious it was Monday.
Michael started his morning by tripping over the baby gate (because he was trying to look one way while walking the other) and scraped up his knee. Thankfully Lauren and Jocelyn were suitably impressed and sympathetic. 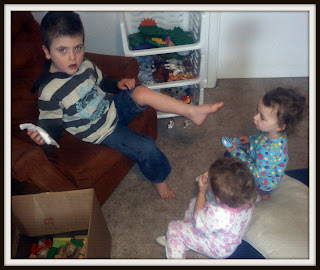 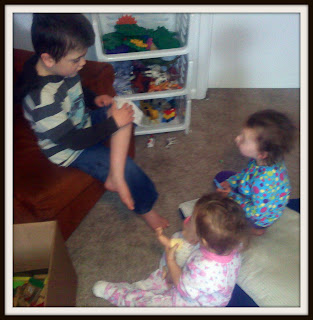 We tried watching a Veggie Tales DVD on my computer but didn't make﻿ it all the way through because no one could hold still. And little finger kept pushing the keys on the keyboard and finally wae just gave up. 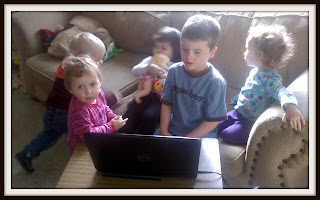 Then Doug came home from work early (because he was called into work yesterday on his day off) and saved the day.
He took the children outside to run off some energy. Then he got the idea to rig up this contraption and give the kids rides on it. They LOVED it. 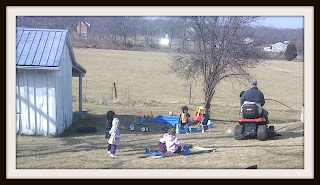 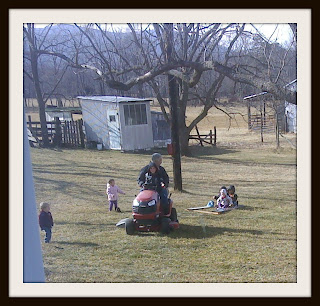 ﻿
And then this afternoon the new stereo that Doug ordered for me for the playroom was delivered. Doug set it up for me with plenty of supervision from the kids. I'm listening to the radio on it now as I type this. 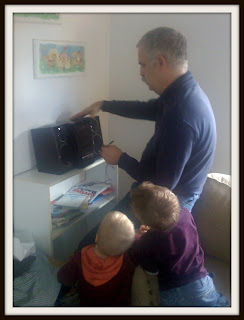 Here are some random pictures of other fun we've had throughout the day. 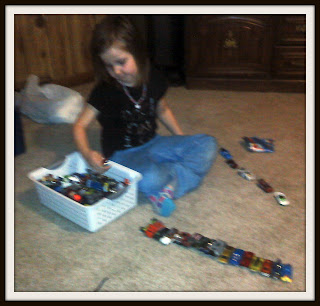 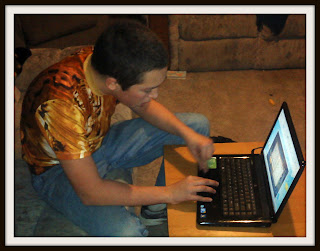 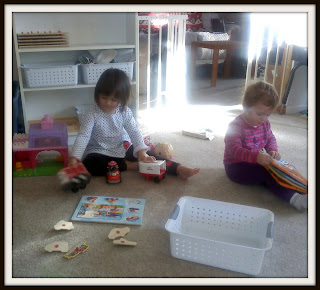 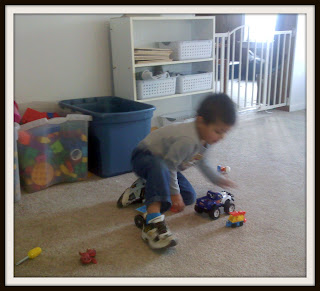 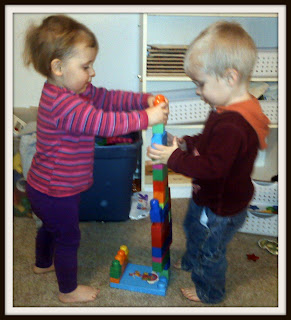 So after a bit of a rough start our Monday turned out pretty good after all.
Posted by Rose @ Walnut Acre at 8:50 PM