The crowds that went ahead of him and those that followed shouted, “Hosanna to the Son of David!” “Blessed is he who comes in the name of the Lord!” “Hosanna in the highest heaven!”
Matthew 21:9

With the younger kids this week we reviewed the alphabet and the sounds the letters make, learned about the -un word family, studied shapes and worked on counting to 10, and did a unit on the book Angus Lost 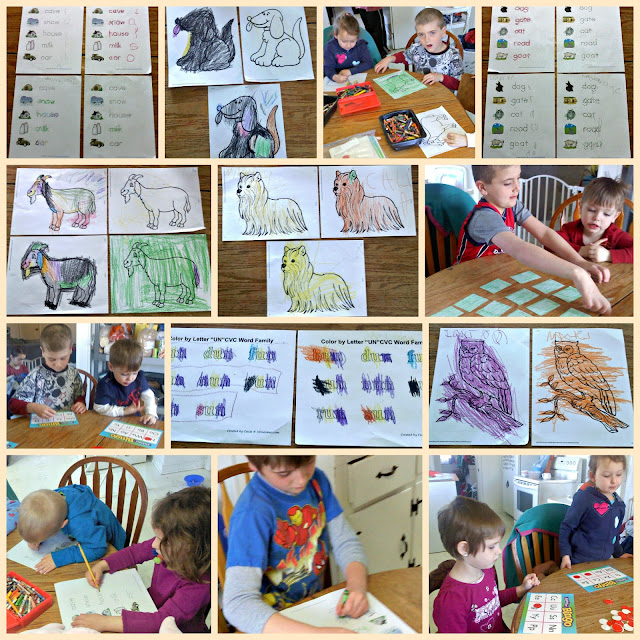 Austin and Amanda have been studying the book of Acts, working with decimals, learning about the Skeletal System, and together we've been reading The Gate of Heaven (Lions of Judah Series #3)

On his own Austin has continued to learn about American History and Amanda has been delving into animal health and veterinary medicine.

and Bible Animal Stories for Bedtime

with CJ and Michael. Often, if Mykalin and Madelynn are here at that time they join us.

I've long been on a search for a homemade whole wheat bread recipe that I like. I've tried a quite few different ones and just didn't really like any of them. Saturday I tried another one . . . and liked it! This recipe can either be made into rolls like I did here or loaves.  Here is the recipe - Daily Delicious Whole Wheat Bread. This one is definitely going to be on make again list. I love how simple it is and that there are options for making different size batches. I made the quarter recipe this time but next time I'll probably go with the half recipe since we like it so well. The full recipe would just be to big for my mixer or I would make that and store the bread in the freezer until we use it. 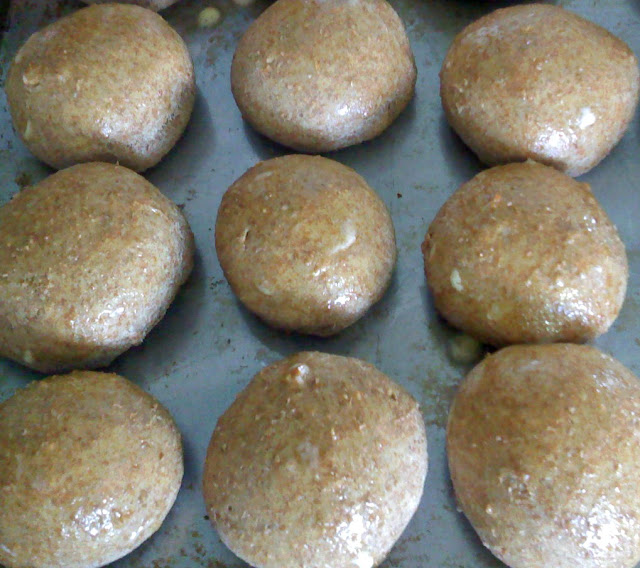 Although the calendar says it's Spring it has felt more like winter here. The kids haven't gone out much and when they did a little earlier this week I didn't get any pictures. But yesterday they were out a lot. Now, today, it's snowing again! 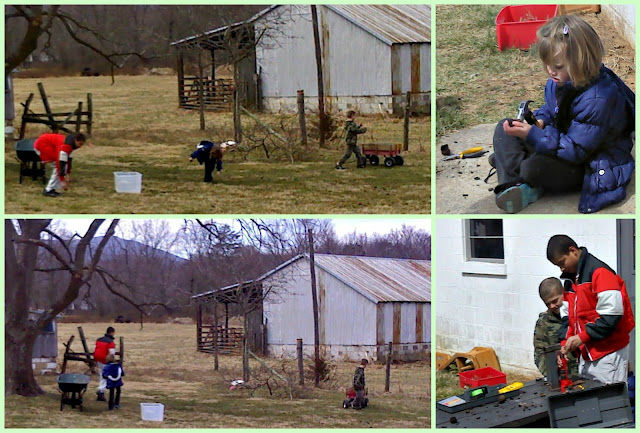 for our hens. We've been getting an average of four eggs a day. I know when the weather gets a little warmer we will be getting a lot more but I'm happy with each of these little treasures I find right now.

I found Michael and Amanda's cat Sheena snoozing away the other night. She seems to really like him, letting him carry her around with very little protest and curling up beside him or on his lap when he sits down. 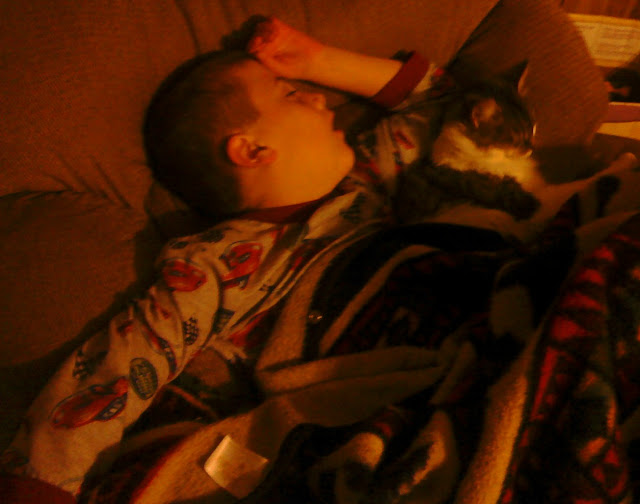 The herbs (basil, parsley and chives) that Michael and Lauren planted are starting to grow on a sunny windowsill in the living room.

Yesterday I planted lots of seeds in starter trays

- four varieties of tomatoes, three varieties of peppers, squash, cucumbers, melons and okra. When the weather does finally turn warm I want to have lots of little plants to put in the garden. 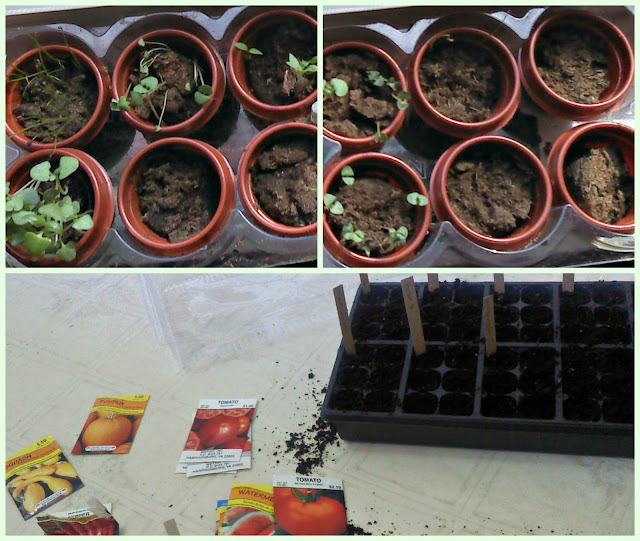 Tuesday Amanda spent some time at the SPCA playing with these two cats. 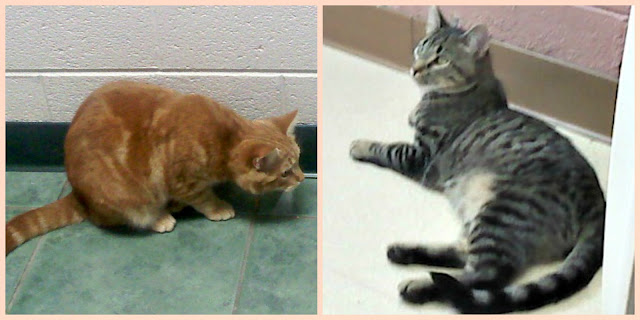 Wednesday evening we were at church and Thursday evening the kids spent the evening at their grandparents. This morning we had church but the evening service was cancelled because of the snow. Austin went on a weekend trip with the church youth to Acquire the Fire and really enjoyed it. This is the third year he has gone and he always enjoys it and looks forward to the next time he gets to go.

Here are some more pictures of the fun we had together this week. 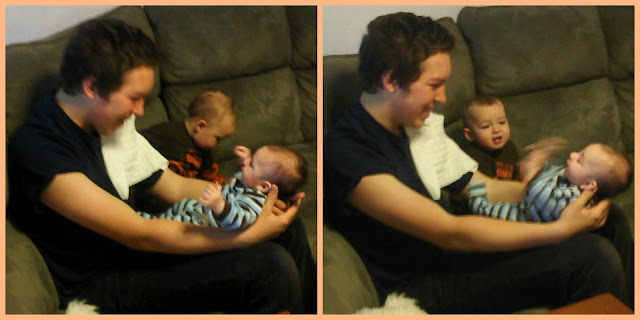 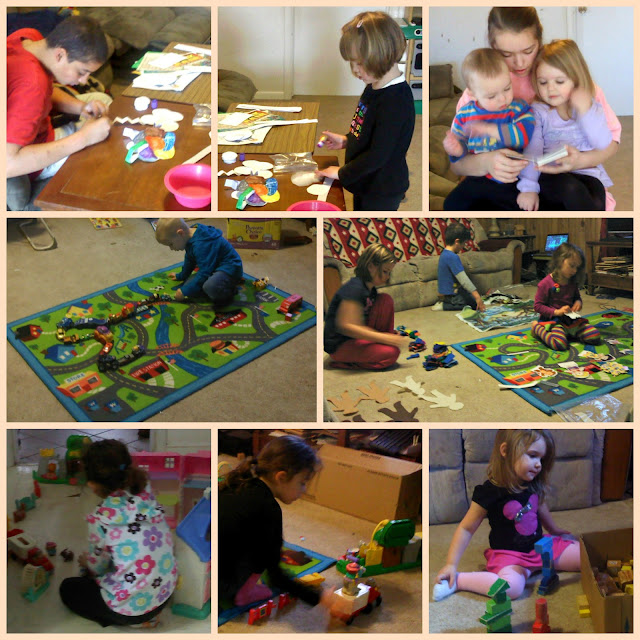 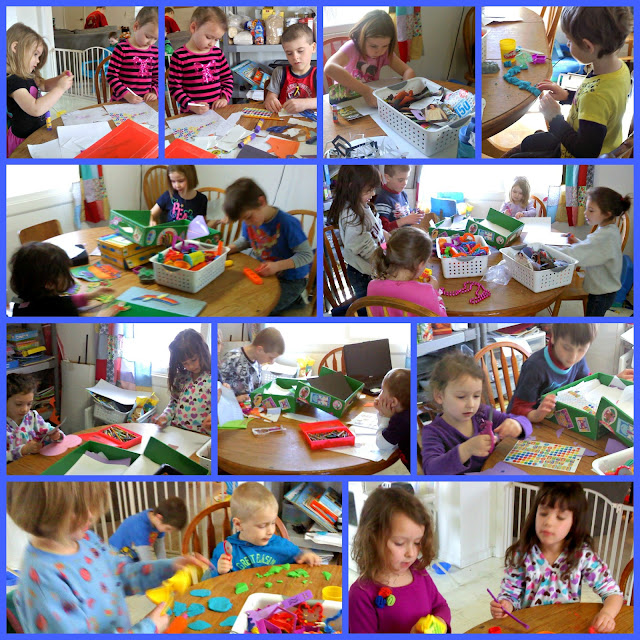 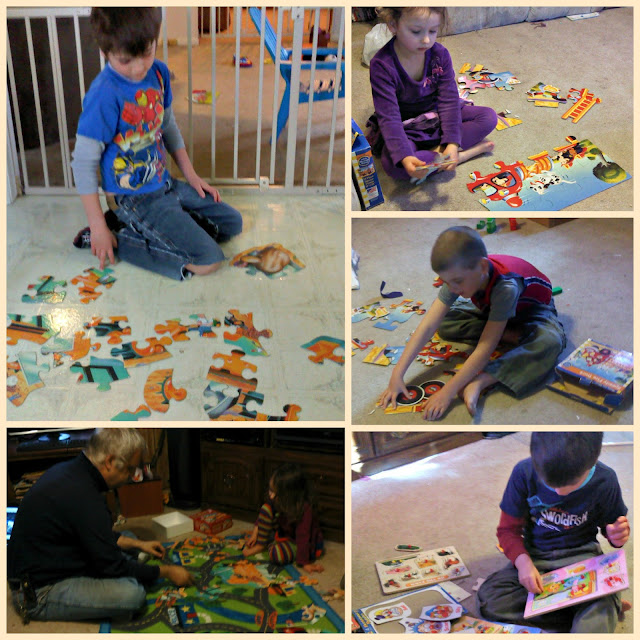 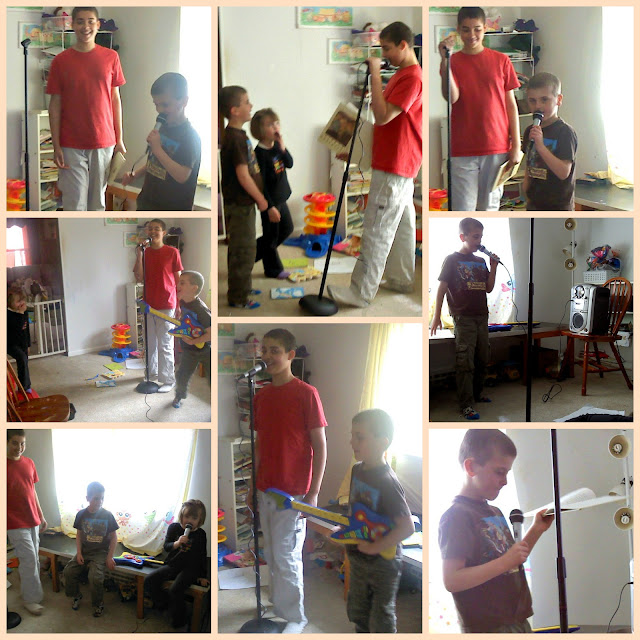 God gives us dreams a size to big so we can grow in them. ~ Author Unknown