Trust in the Lord forever,    for the Lord, the Lord himself, is the Rock eternal.
Isaiah 26:4

Since today ended up being a snow day with nothing running on normal schedule we haven't really had an eating schedule either. I did fix bacon and scrambled eggs for breakfast. Since the lights were blinking a lot I wasn't sure if the power was going to go out so I baked a pan of chicken patties while the bacon was in the oven. And after playing in the snow CJ and Michael came in for sandwiches and hot chocolate.  Later after the first batch of food was all gone I made a plate of fresh vegetables, put out another plate of crackers and juice, set out some grapes and reheated the sausage vegetable soup from yesterday.

And since we had lots of nice clean snow we made a huge batch of snow cream and everyone ate their fill. CJ and Michael added snowcone syrup to theirs.

After waiting all winter for a snowstorm we finally got one in March. Around 18" of fluffy white stuff blanketed our area by thise evening. It is beautiful and CJ and Michael loved playing in it. I think Doug liked playing in it with the snow blower too. 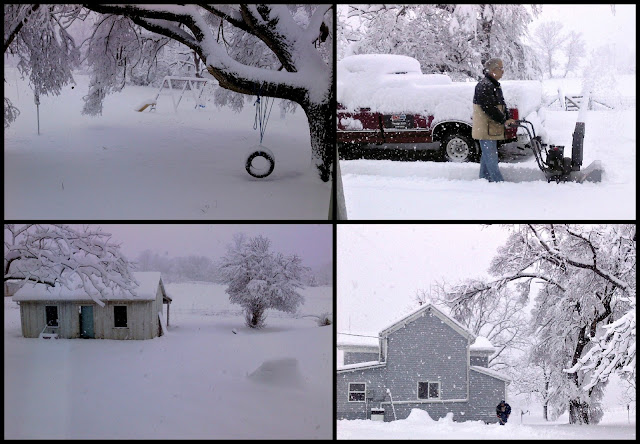 CJ and Michael said they were going to build a snow fort. It never got past and cleared spot and some partially built walls but they had fun. 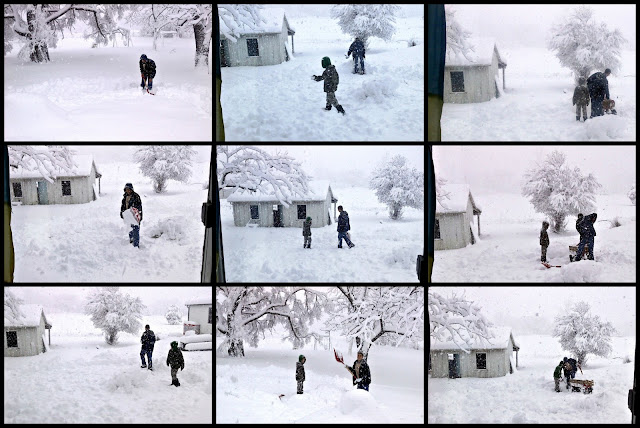 I went out this morning and opened the chickens little door so they could come out in their yard but they took one look at all that snow and decided to stay in where it was warm. Smart chickens! 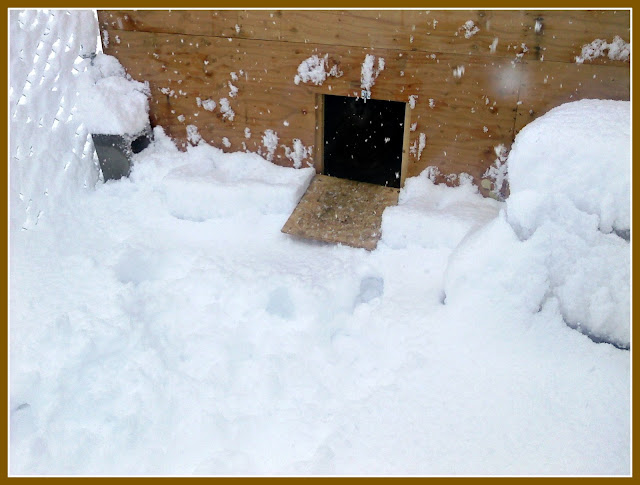 After the boys were done playing in the snow they went and played in the garage instead. 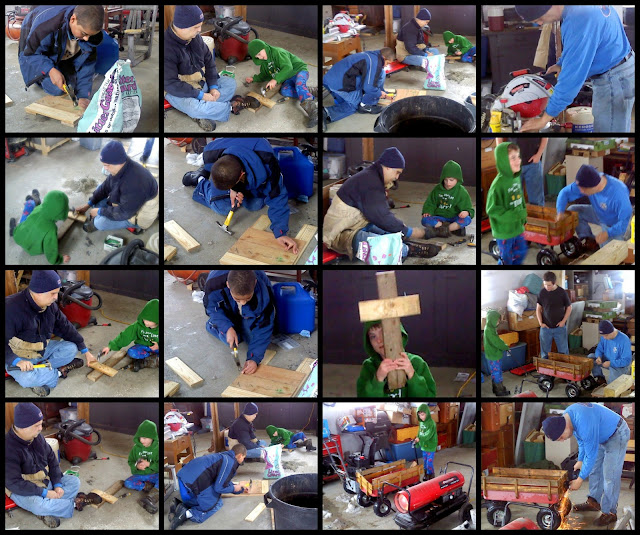 CJ finished the shelf to put under the table in his room that he made a couple months ago. These shelves have been a long process and CJ has worked very hard on them. Doug made him take all the measurements and learn through trial and error how to make everything fit together. Sometimes he had to tear apart what he had just put together and try again but now it's finally done and in his room. He's very proud of it and with good reason. 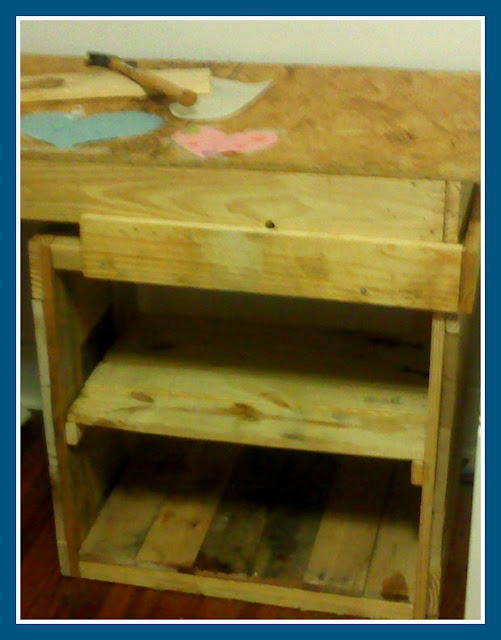 Winter came down to our home one night
Quietly pirouetting in on silvery-toed slippers of snow,
And we, we were children once again.
~ Bill Morgan, Jr.

Watching the snow and dreaming of Spring.


Why I Write the Walnut Acre Daily