Do not those who plot evil go astray? But those who plan what is good find love and faithfulness. Proverbs 14:22

Because Michael had a doctor's appointment this morning the only "school" activity I did with the younger kids was storytime.

Michael had his appointment with his Geneticist today. I love this doctor. She takes the time to really explain what she's thinking and the reasons behind the things she recommends. A year ago we were there and she did some testing for several different things. Most of these were completely ruled out but the Tuberous Sclerosis test basically came back inconclusive. There was an abnormality on one of the genes that is involved with Tuberous Sclerosis but at this point there is not enough scientific evidence to know if this particular abnormality can be a cause of TS. Michael does have some symptoms that could point to TS (the masses/tumors he was born with, seizures, other physical features, etc) but not enough to give a definite diagnosis since a lot of these symptoms could be a part of other things as well. So, at this point we're basically left with wait and see. Wait and see if any more symptoms develop (they often do as a child with TS gets older), wait and see if a better genetic test becomes available, wait and see if it everything just stays the same or gets better. She did schedule a renal ultrasound just to be safe since tumors on the kidney's can be a problem with TS. I was disappointed that there are still no clear answers, but at the same time I feel at peace knowing that God has brought him this far and that He loves him more than I ever could. I've said it before but it bears repeating - Michael is a miracle from God. As a baby doctors said that if he survived the severe health problems he was born with he would probably never walk, talk, see or hear. He not only walks, he runs. He talks constantly! His vision is excellent and since we had tubes put in his ears so is his hearing. I know God didn't bring him this far for nothing.

We passed the time waiting for the doctor to come in this morning by taking pictures and playing with a few toys that were in the room. He did a wonderful job being patient while we talked and cooperated wonderfully with the doctor. I was very proud of him. 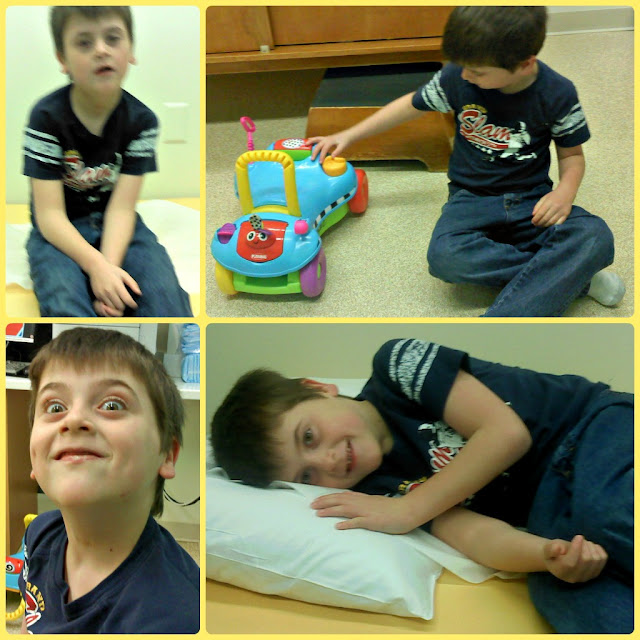 Our weekend flew by! One of my favorite parts of the weekend was buying these seeds and supplies for the garden. 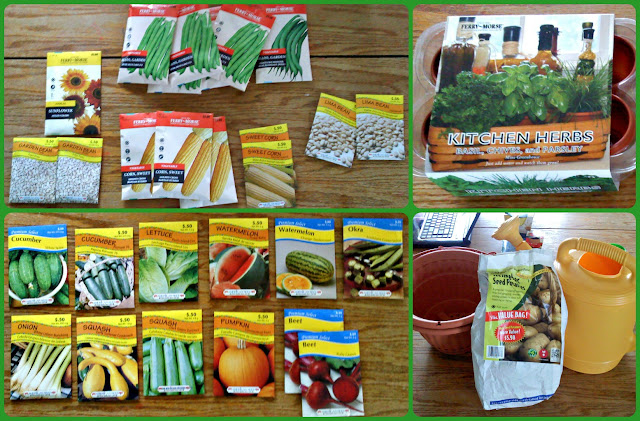 CJ and Michael caught my excitement and bought some too. CJ's are on the left and Michael's on the right.

Doug spent a quite a bit of his weekend working on vehicles. He put brake pads on our friend's minivan and patched a tire that had a nail in it one of our vehicles.

5 Ways to Worry Less About Your Husband's Safety

Anticipate the day as if it was your birthday and you are turning six again. ~ Mike Dolan