However, as it is written:“What no eye has seen, what no ear has heard, and what no human mind has conceived”— the things God has prepared for those who love Him

Today was the Pinewood Derby and and since Austin, CJ and Michael all had cars in the race we spent the whole afternoon watching the races - from 1:00 this afternoon until almost 5:00 this evening. But it was fun and I enjoyed every minute of it. Unfortunately some of my pictures turned out rather fuzzy but it's what I have so here they are.

Of the three Michael's number came up first. He was so thrilled to race his car. He didn't win anything but the fun of running his car on the track was enough for him. 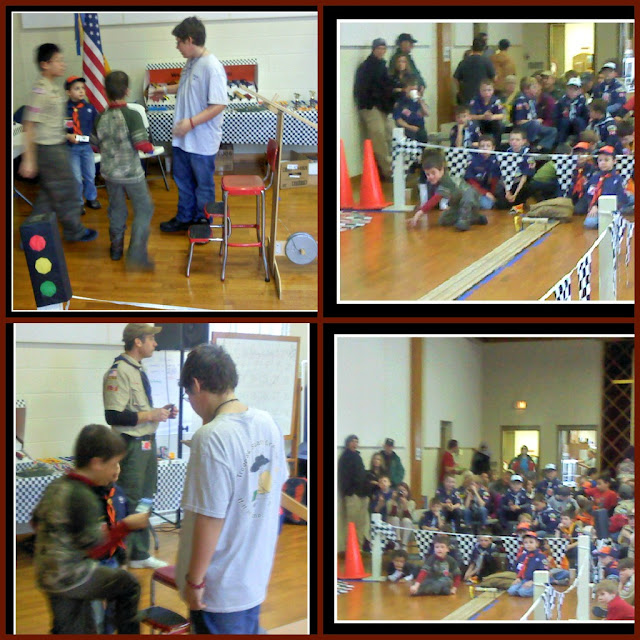 CJ and Austin both had to wait a long time for their numbers to be called. CJ's came up next. His car didn't win either. Honestly, I think he was more interested in the food there then whether or not his car won. There was a lot of food available (hotdogs, nachos, chicken nuggets, cookies, chips and drinks) and we ended up eating both lunch and dinner there. It wasn't expensive and the proceeds went to the pack so I felt good about it. 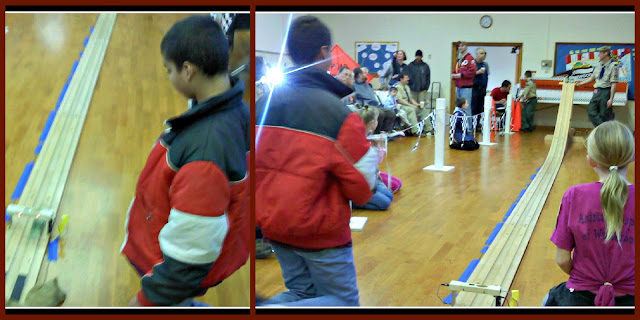 Finally Austin's number was called. His didn't win either and he took it a little more seriously than Michael and CJ did. He's making plans now for how to design a better car next time. 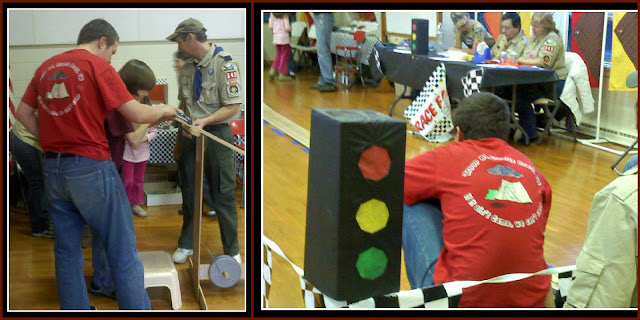 Here are some other pictures taken during the afternoon, including one Michael took of me. There were a lot of people there I knew - kids I used to babysit there with their families,  and people from church. 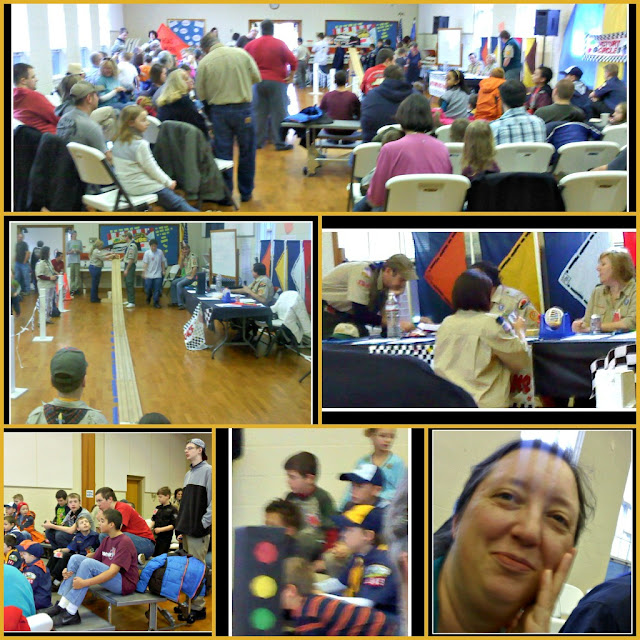 Other Notes From Our Day

So, as you can see, this took up  a large part of our day. This morning Doug took Michael and CJ with him to take trash to the dump, get chicken and dog food at the feed store, and get some things at the hardware store. CJ bought some hinges and a lock to put on the cabinet he's building for his room. After the derby I took Austin and his friend Aaron to the store and let them pick out some food for Austin to take to Aaron's house tomorrow after church for the Super Bowl party they are having. Amanda enjoyed having a quiet afternoon to herself here at home. She really likes times like that when she can just have some peace and quiet. So I think it was a good day for all of us. Now CJ and Michael are asleep, Austin and Amanda are doing quiet activities, Doug is at the Rescue Squad because tonight is his duty night and I'm writing and relaxing.

Turn your face to the sun and the shadows fall behind you. ~ Maori Proverb