The Walnut Acre Daily - Finley the Dog and Other Fun

Words to Live By
Yet the Lord longs to be gracious to you;    therefore he will rise up to show you compassion.For the Lord is a God of justice.    Blessed are all who wait for him!
~ Isaiah 30:18

We Are Learning
The younger kids watched three videos this morning -  Joseph and His Coat of Many Colors (Part 4 of 5), and then a short counting video and a short phonics video about the -at word family. After we watched the videos I had papers to color and worksheets to do relating to the subjects we had watched. The kids were free to choose which worksheets they wanted to do and the coloring sheets were popular. 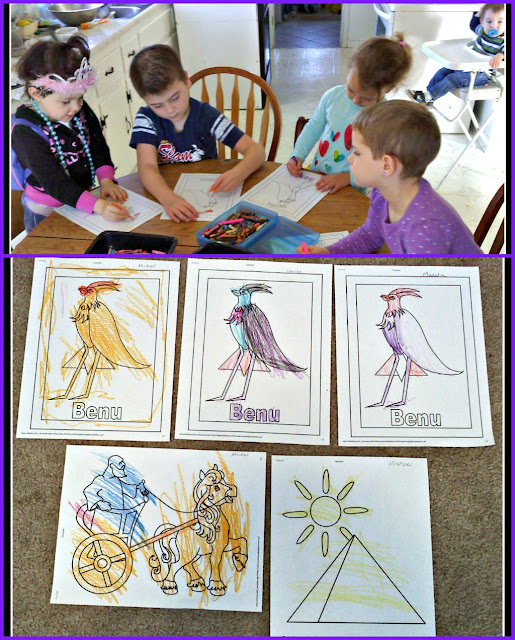 Austin and Amanda watched a short Fractions video for math. In Science they are studying the Periodic Table and today's lesson included learning about hydrogen, lithium, sodium and potassium.

In the Kitchen
Yesterday I put together a Make Ahead Sausage Breakfast Casserole and put it in the refrigerator. It was nice this morning to have a good breakfast that just needed to be popped in the oven.

Amanda made lunch and chose to have macaroni and cheese, peas and applesauce.

Since Amanda and I were gone this afternoon we had a simple dinner - Chicken Noodle Soup and Salad.

Outdoor Fun
Today was sunny and cooler than yesterday. It was still warm enough though that Austin could take the kids outside to play for about 45 minutes. I didn't get any pictures and didn't ask him to take any because he had his hands full keeping up with two busy one year olds plus four other kids. I was watching from the kitchen window while I worked as well and they were having a lot of fun.

Creating
Michael brought home some craft supplies from his Tiger Cub Scout meeting yesterday and so he worked with those a little this afternoon. He really enjoys the colorful feathers. 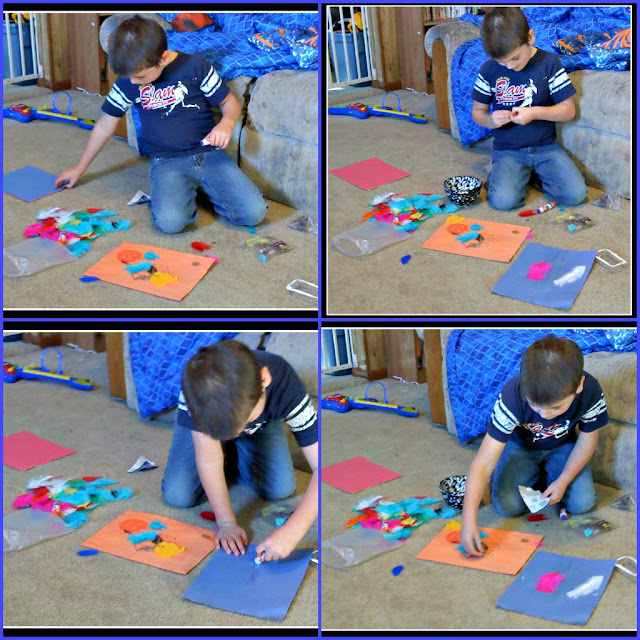 We Are Going
This afternoon we took Lauren to preschool and then stopped at the  store for a few things. We ran out of both coffee and tea yesterday so that was high on the list of important things we needed.

Later this afternoon, after Doug came home from work, I took Amanda to the SPCA where she volunteers on Tuesdays. She worked with three different dogs but this dog named Finley was our favorite. He was sweet, well mannered yet playful, had lots of personality and was huge. I think this was one of our very favorite dogs yet. 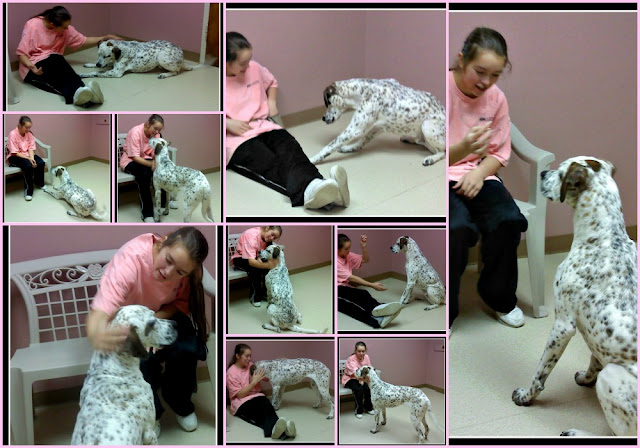 When we got home and I was trying to make dinner Michael got really restless and cranky so Doug decided to take him along with him to run an errand. CJ and Mykalin wanted to go to so he took all three of them along. Dinner was simple to make but that made it even easier. By the time they got home the soup and salad was ready, dished out and waiting for them.

Just For Fun
I had a memory game set up for the kids to play when the came in from playing outside this morning, but before I got them started with the game they got involved in rolling a ball back and forth. They were having so much fun I didn't interrupt them. I love when they start their own games and play together so happily. 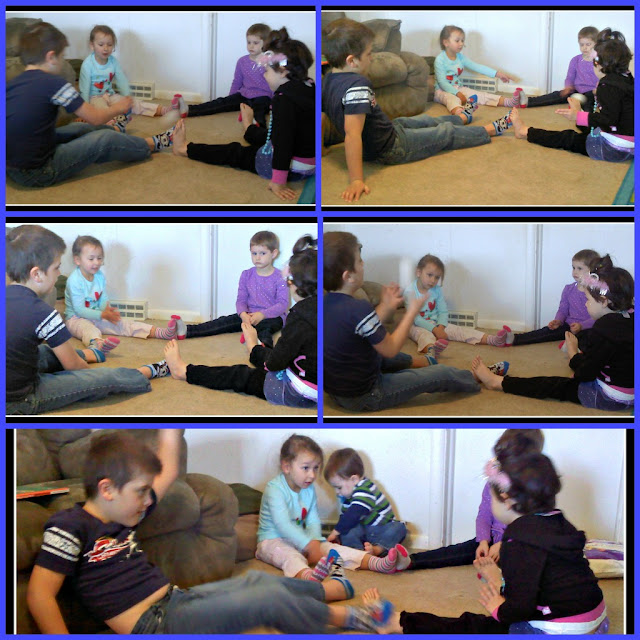 Today's Quote
When a man does not know what harbor he is making for, no wind is the right wind. ~ Seneca
Posted by Rose @ Walnut Acre at 11:15 PM