Back in September during Michael's 5 year physical I brought up some concerns we've having with Michael that I thought we should look into further. Most of the concerns were behavioral - hyperactivity, constant sensory seeking, defiance, poor sleep, constant eating, no impulse control,  etc -  although I also wanted to know if there was a physical cause for some of the behaviors. I also had some questions about his feet and legs, to me they looked like they were not properly developed and he occasionally complains of them hurting although he does have an unusually high pain tolerance. I've seen him calmly take a bee sting, his only reaction being to calmly state "that bee stung me" and he doesn't even flinch for shots.

His pediatrician (who is my favorite pediatrician in the whole wide world) agreed that there was reason for concern and referred us to Kluge Children's Rehabiliation Center for an in-depth evaluation. 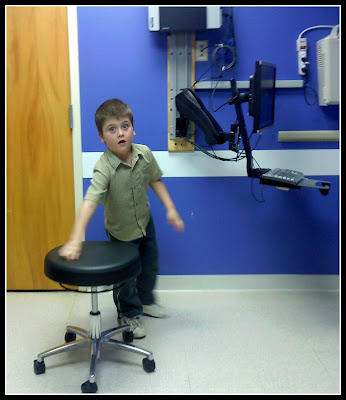 Tuesday afternoon was our appointment at Kluge and we left with a diagnosis that I was expecting and a couple that I was not expecting. 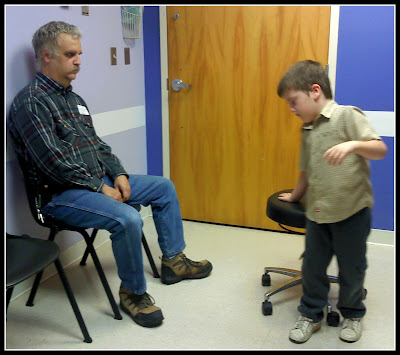 The first diagnosis is ADHD. I expected that and have already been working on things at home to manage that along with his medications. While it is time consuming and sometimes energy draining I familiar with ADHD through working with other kids and I'm comfortable working to manage it. She changed his medications, adding Concerta in the morning and Melatonin at night with his Clonidine. 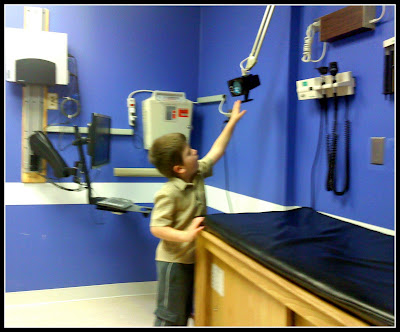 The second diagnosis is temporary and easily treatable. When the Dr. looked in his right ear said he has a "massive ear infection." I knew he was starting with a cold but he had not complained at all of his ear hurting and when Dr. Hensen asked him if it hurt he said it didn't. I asked him again later that evening and he still said it didn't hurt. There's that high pain tolerance again. So he's on antibiotics for the ear infection. Again something I'm familiar with and completely manageable. 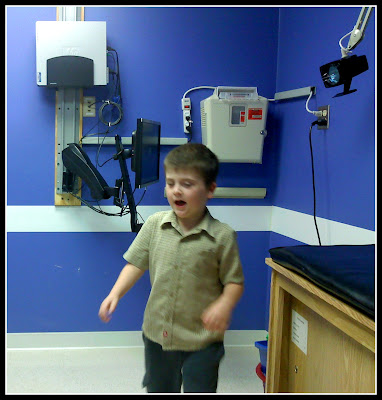 The third diagnosis was the one that really surprised me and the one I'm still processing and finding information on. When Dr. Hensen checked his legs and feet the first thing she said was "He has cerebral palsy!" Cerebral palsy had been discussed when he was a baby and we were doing physical therapy to help him become mobile but when he became mobile and really began to make progress in all areas it was dropped and never brought up again. There was never a diagnosis and my understanding was that it was not an issue. So along with the Prader-Willi and the Down Syndrome testing that all came back negative, I thought Cerebral Palsy had been ruled out. 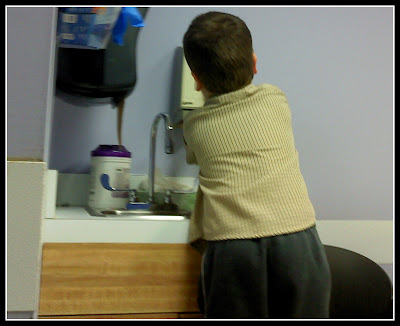 Initially she said the Cerebral Palsy was only in his lower extremities, but when she rechecked his arms she said he did have mild signs there as well. This all knew to me, so I don't know if I have all the terminology correct, but this is my basic understanding of what she was telling me. 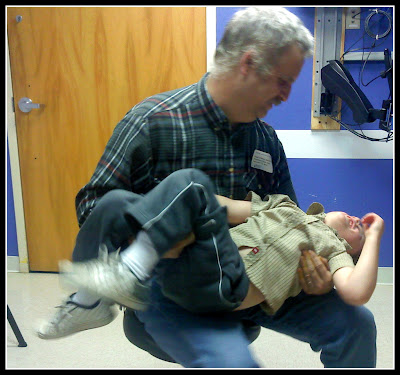 So, we are now working on making appointments with the following professionals - physical therapist, occupational therapist, speech therapist, genetecist, pediatric developmental specialist specializing in cerebral palsy. Plus follow up visits with his pedeatrician and the Dr. we saw Tuesday. 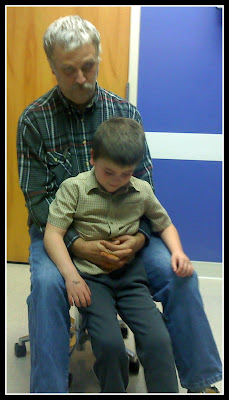 She described the cereabral palsy as mild although I'm not sure if the mild referred only to the upper extremities or upper and lower. She also described it as spastic. I guess the upcoming appointments with therapists will help us to understand the true severity and extent and make a plan as to how to manage it. 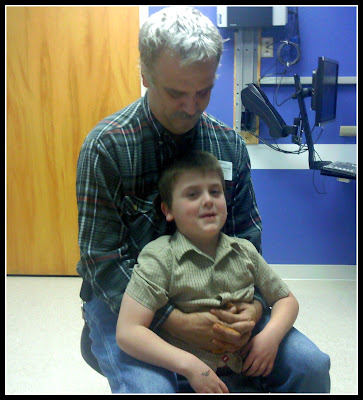 All through this two hour appointment Michael was very active and fought nearly everything the Dr. tried to do. I love how the staff at Kluge is so understanding and tries to make things as simple as possible. They worked with Michael to get him through everything and even allowed him to play games on the doctors phone. 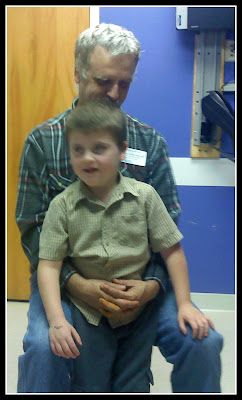 There is also a nice sized play area for the kids to go to while the adults finish talking about everything and it is often staffed with volunteers who play with and do crafts and stories with the kids. 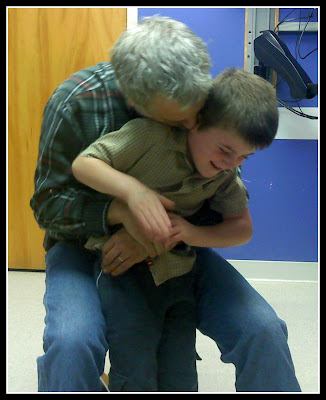 So, I guess now, we move forward, learning, treating and growing.
One thing I do know is that Michael has been a miracle from God from the beginning. When he was a baby there was little hope from the doctors that even if he survived everything he was going through as a baby - born at 27 weeks gestation - he would ever learn to walk and talk. I believe God will continue to work in his life and that we can trust Him to guide us in every step.
I am interested in any information and experiences anyone else has with Cerebral Palsy and ADHD and the therapies involved, as well as any other advice and tips and stories.
Posted by Rose @ Walnut Acre at 8:34 AM