Enter his gates with thanksgiving    and his courts with praise;    give thanks to him and praise his name.
For the Lord is good and his love endures forever;
his faithfulness continues through all generations.
~ Psalm 100:4-5

For this first time in a long time, we had nothing in particular planned for this Saturday. This morning Doug took trash to the landfill and then worked in the garage most of the day. I worked in the kitchen cleaning and cooking and also did a lot of laundry. Amanda folded and put away most of the laundry and cleaned the playroom and living room. 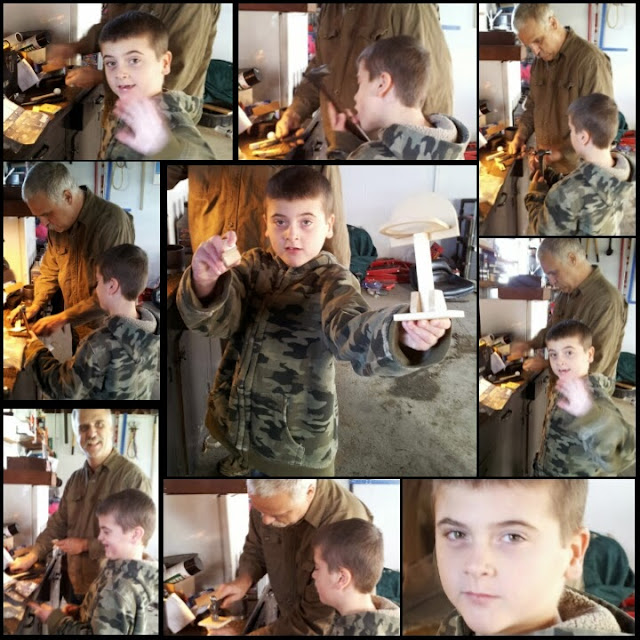 I tried a couple new recipes today. The first one I made for lunch. I had a three pound pack of bacon ends and pieces and I baked them and used a pound to make Bacon Cheddar Biscuit Squares. I put the rest of the bacon in the refrigerator to use in cooking next week.

We really liked this but I think next time I make it I think I'll cut the biscuit recipe in half but leave the basil, thyme, oregano and black pepper measurement as they are in this version. It took the biscuit layer so long to get ready the cheese was over baked and it really was a little too much biscuit for the topping. 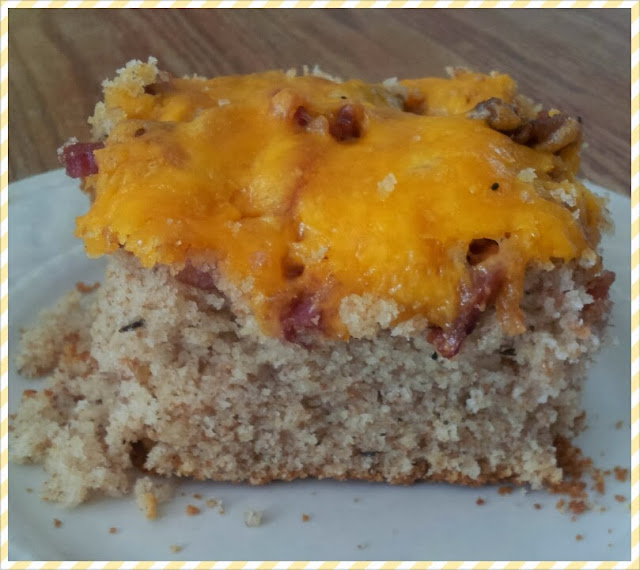 I also had a 10 lb bag of chicken leg quarters that I cooked. I used about a third of the chicken in Cheddar Chicken Chowder. I put the rest of the chicken in the refrigerator to use in cooking next week also. And there was quite a bit of broth to put in the freezer to use later as well.

In a large pan cook chicken broth, veggies, and seasonings until vegetables are tender. Combine flour and 1 cup milk in a jar. Shake until blended. Add to vegetables along with remaining 4 cups of milk. Cook on medium heat, stirring constantly until until mixture thickens. Remove from heat and add cheese, stirring until cheese has melted. 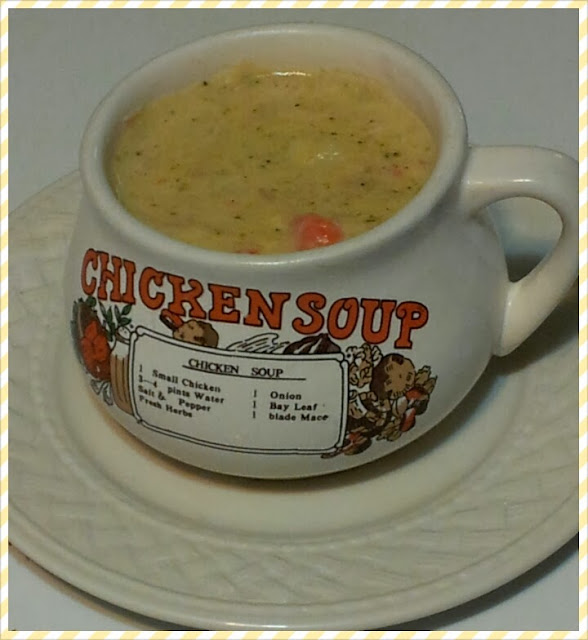 It's been a hard couple of weeks and it was good today to feel like there was a certain sense of normalcy. Things will never be the same - I miss my Mamma and often think I need to call her and tell her something and then remember I can't - but I know she's healed and happy and I know she would want us to continue to build these day to day memories and bonds with each other until we can see her again.

Doug took Austin to meet the rest of the boy scouts this morning at 6:30. They were headed to Washington D.C. for the day. He got back this evening around 9:00. He had a good day and wants to go back soon. They went to the National Museum of Natural History and the  National Air and Space Museum. I thought he would be exhausted by the time he got home but he was still going strong.

I took Amanda to Walmart this afternoon to get some things she wanted. She found some shoes she really liked and also a nice sweatshirt. The most exciting things I got were milk and dishwasher soap. And a tin of Altoids (curiously strong peppermints), those are pretty good.