He Doesn't Believe It, But He Had Tubes Put In His Ears

Today was the day Michael has been looking forward to for the last two weeks.

He had tubes put in his ears!

I don't think it went quite the way he thought it would though. In fact, he insists the doctor did NOT put tubes in his ears and that he did NOT fall asleep!

He did good going in until he realized he was going to need to change into a hospital gown and then he started getting upset. We finally got him changed and then I distracted him by taking pictures and showing them too him.


Posing with Dadddy for the camara. 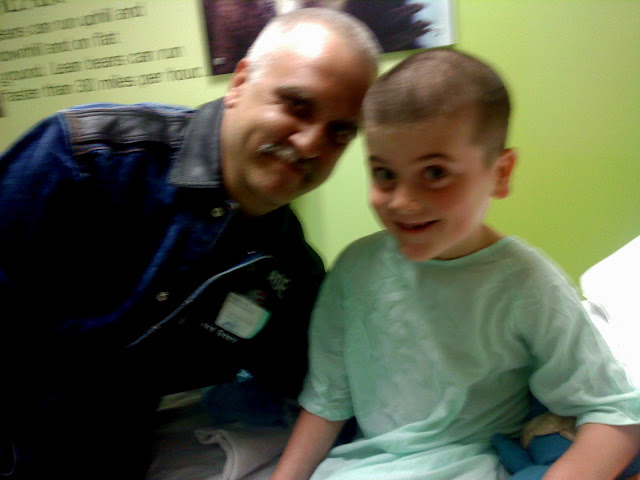 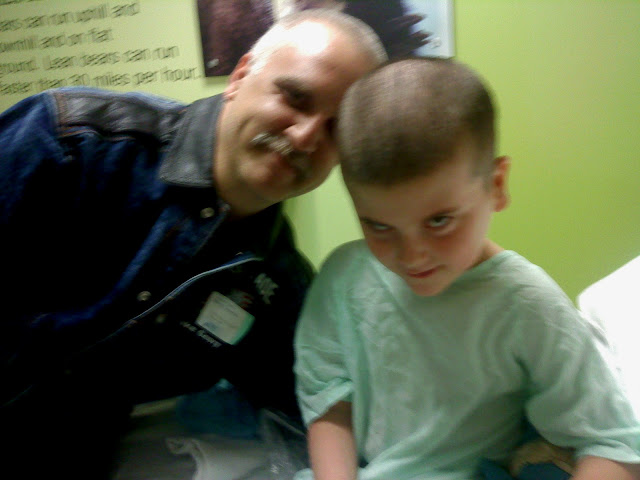 He liked the picture of the bear.﻿ 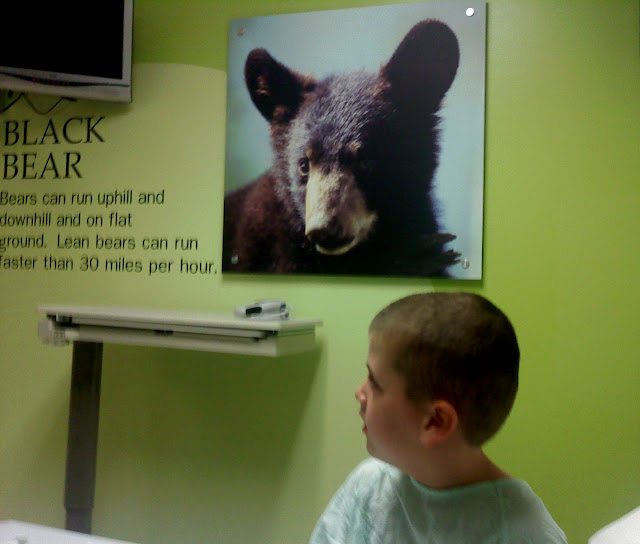 Even though he had changed clothes he wasn't willing to wear the hairnet. Baby Cookie Monster (that he named Christopher) showed him how easy it was. 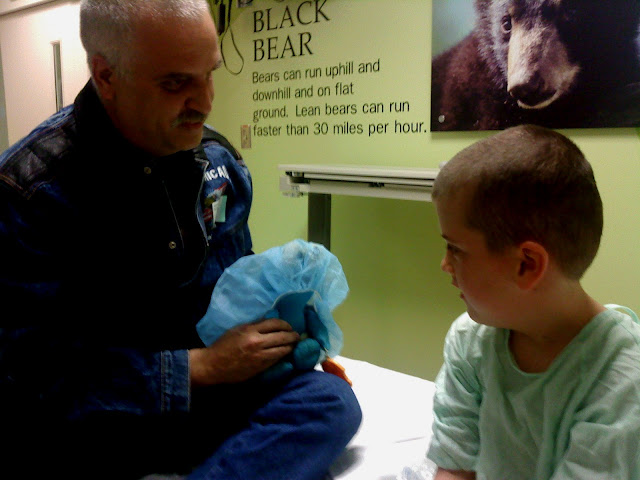 He also wasn't thrilled about having to lie down on the bed, although in the beginning he did it briefly just so I could take a picture.﻿ 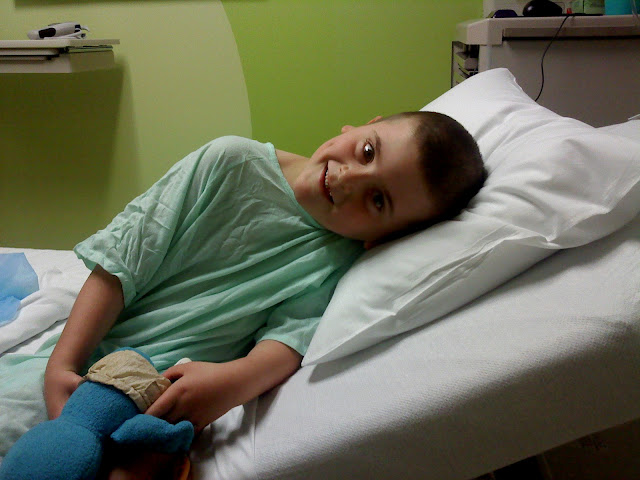 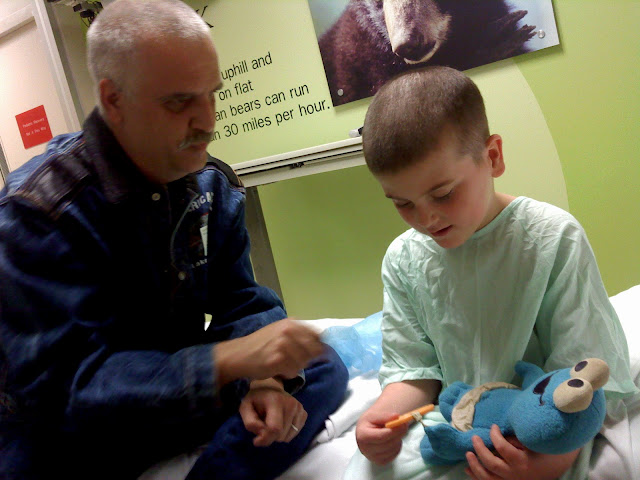 He did like the thick green socks. "They're so comfortable!" he exclaimed.﻿ 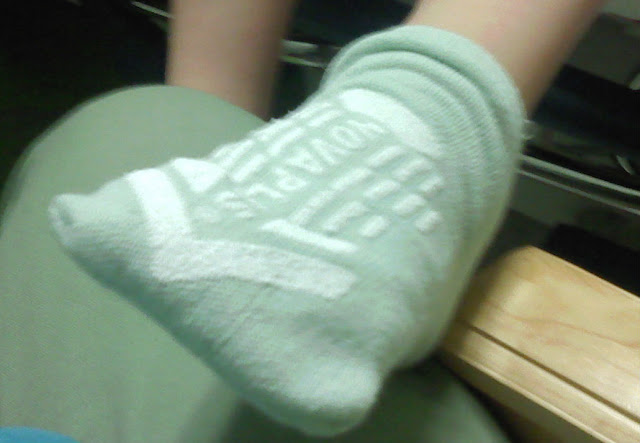 And he liked the the little pulse oximeter on his finger and watching the numbers on the screen. 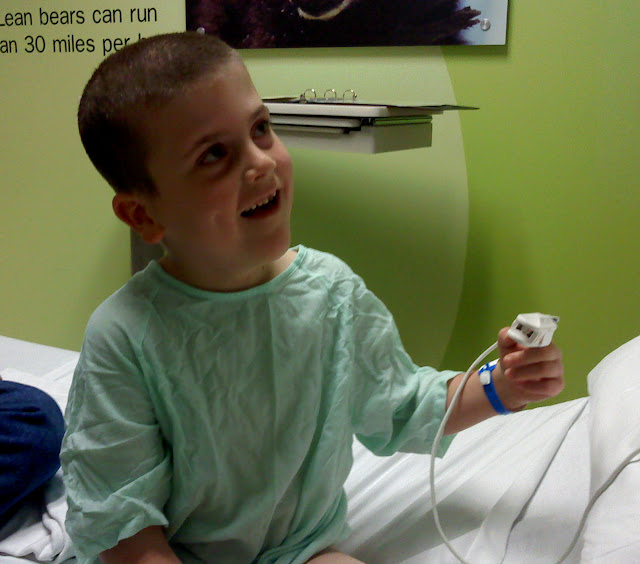 Finally he was given some medicine to drink that would start making him sleepy. He agreed to lay down on the bed but he fought sleep as long as he could. 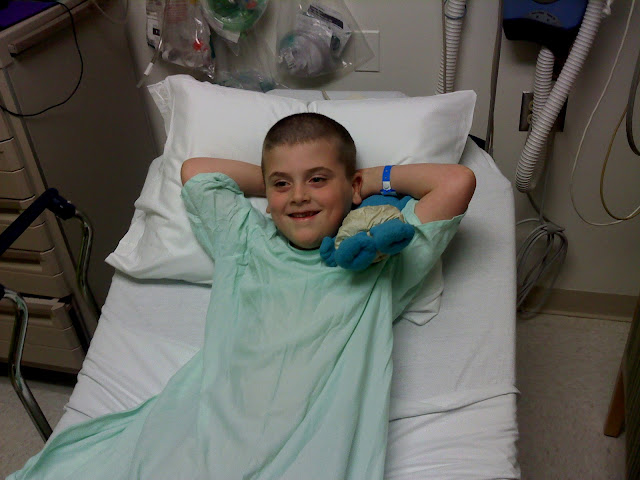 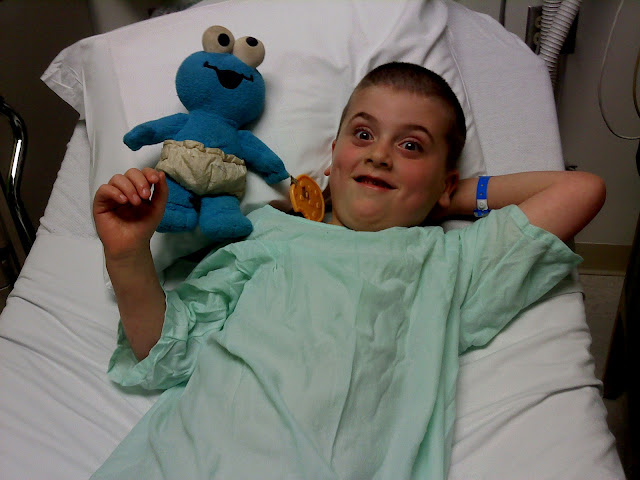 Finally starting to look sleepy. Soon after this they moved him into the surgery area where they gave him the anesthetic.﻿ 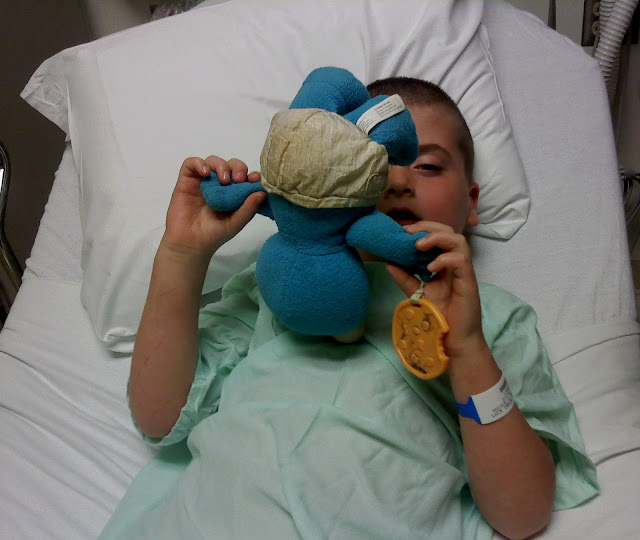 I don't have any photos of him in recovery because he came out of anesthesia fighting, screaming and kicking. It took both Doug and I to keep him from throwing himself out of the bed. He really didn't know what we were saying to him or why he was there.
Eventually he came around and was able to drink a little water and then eat a popsicle. Soon after that we were released to go home.
He was totally amazed to discover that Christopher the Cookie Monster, who went with him to surgery, also came out with a hospital ID bracelet and a bandaid on each "ear." 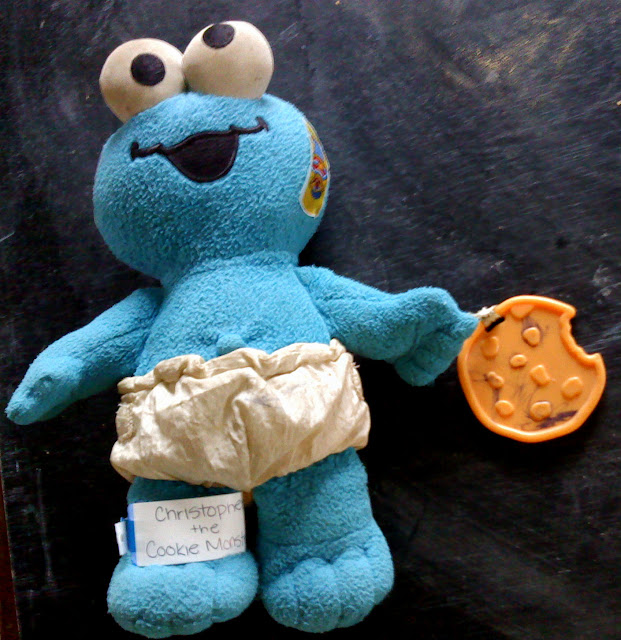 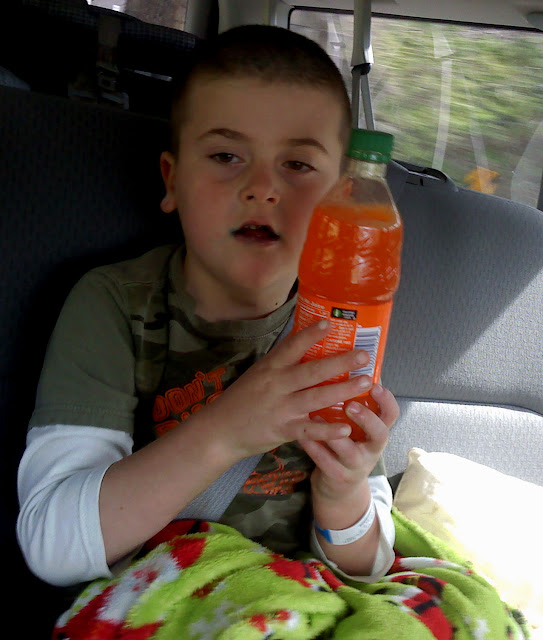 He was so funny on the way home. He did silly things, laughed, hiccuped, yelled and acted just plain drunk! He was sure he could walk and tried to jump out of the van when we stopped for his drink only to discover he couldn't take a step without support. But he still fought having to sit with me in the van while Doug went and got his drink.
By this evening though he seemed pretty much back to his normal self. He did get upset at Dinner time when we sang our usual prayer song before we ate. We had to cut it short because he said it hurt his ears. But other sounds don't seem to be bothering him and he was running around, ate a good dinner and was in a good mood.
He fell asleep quickly at bedtime. I'm hoping he sleeps well tonight.