But Godliness with contentment is great gain.
1 Timothy 6:6

There must be more to life than having everything. ~ Maurice Sendak

Look what I found when I went out to work in the garden this morning! Deer tracks. I'm not surprised, we've seen deer around numerous times, but it was kind of cool to find the tracks. It would have been much less cool if they had eaten a lot of the garden but I really didn't see any sign of that. 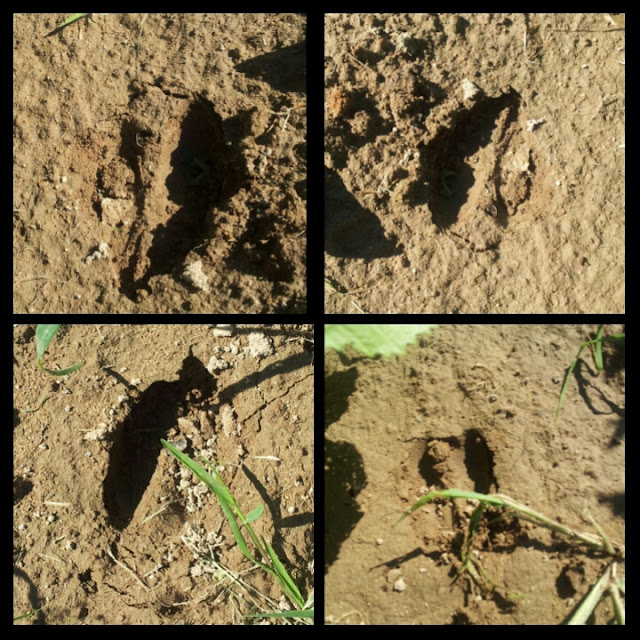 As usual Austin worked with me in the garden. I appreciate his help and sometimes we even have interesting conversations while we're working together. 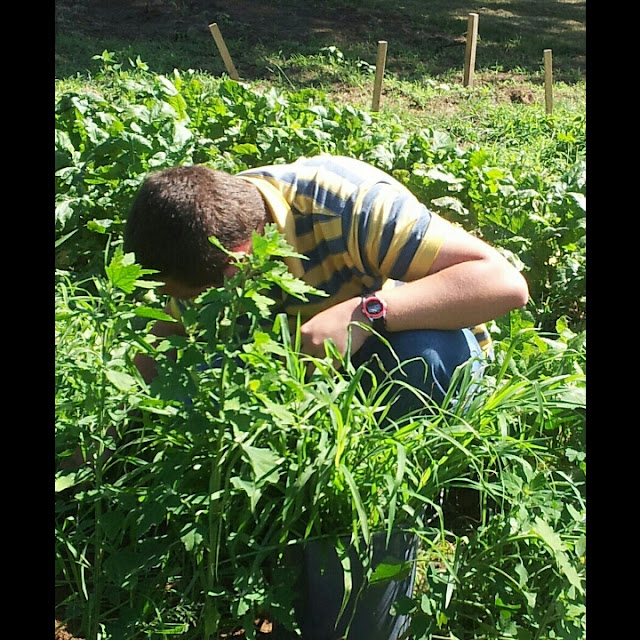 WORKING, LEARNING, AND PLAYING TOGETHER

It looks like we're going to have a nice break from the heat this week. A couple of the kids even pulled out their jackets this morning.

They started out with the boys playing a little basketball and the girls cheering them on. 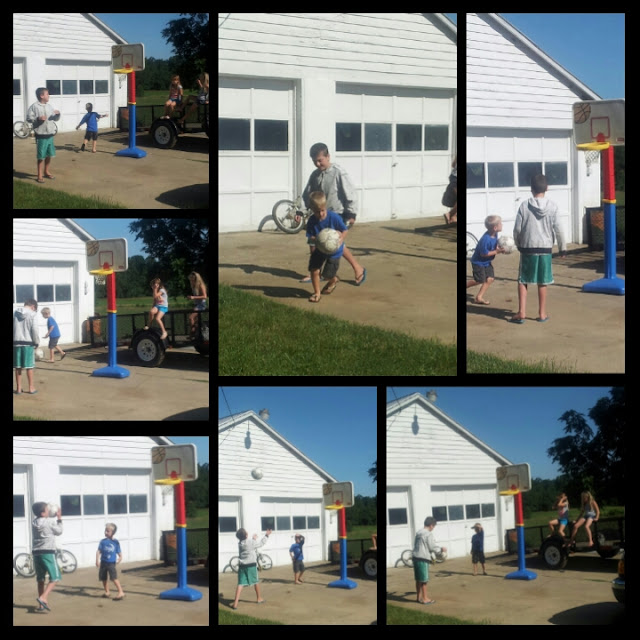 There was work going on in front of our house again today and they watched some of that too. 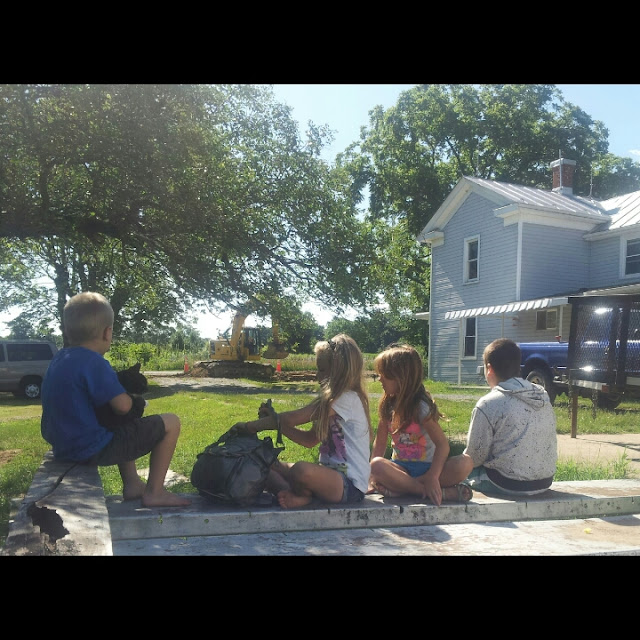 After lunch we worked in workbooks, played a game and read stories. 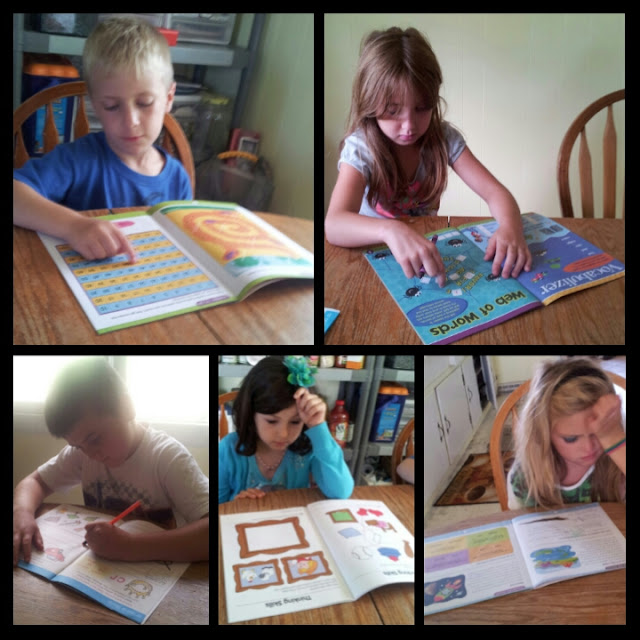 Here are a few pictures from yesterday. We were at my dad's for lunch and the afternoon. 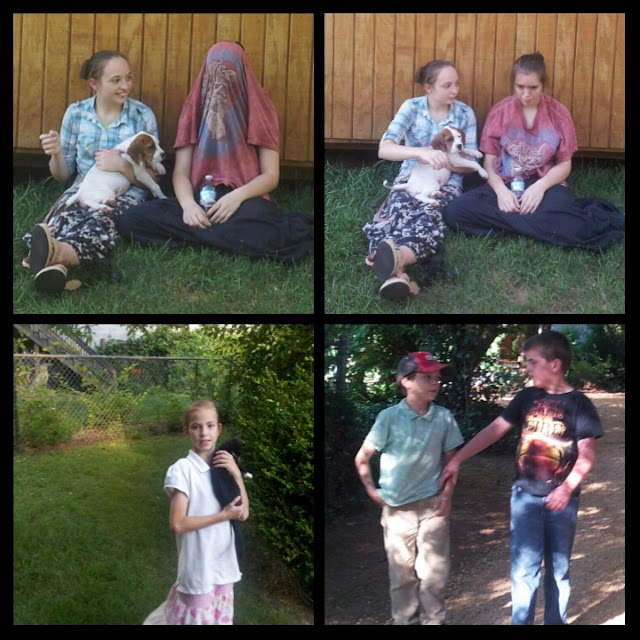 The weather was really nice yesterday so after the little ones woke up from their naps we went for a walk. 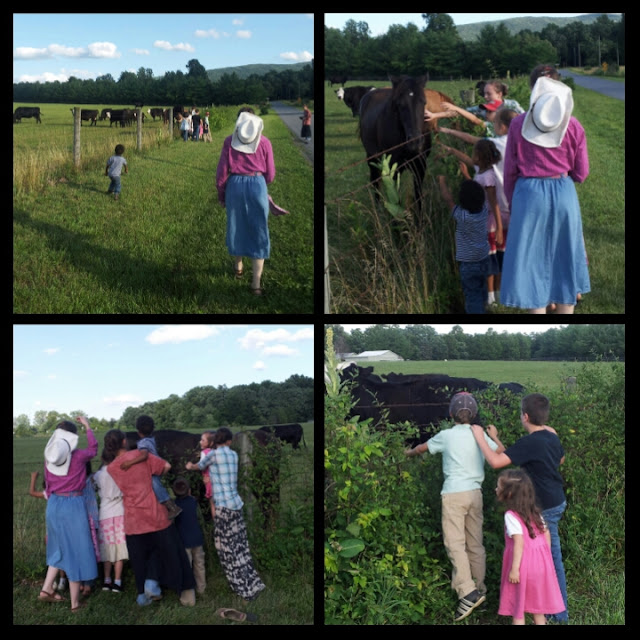 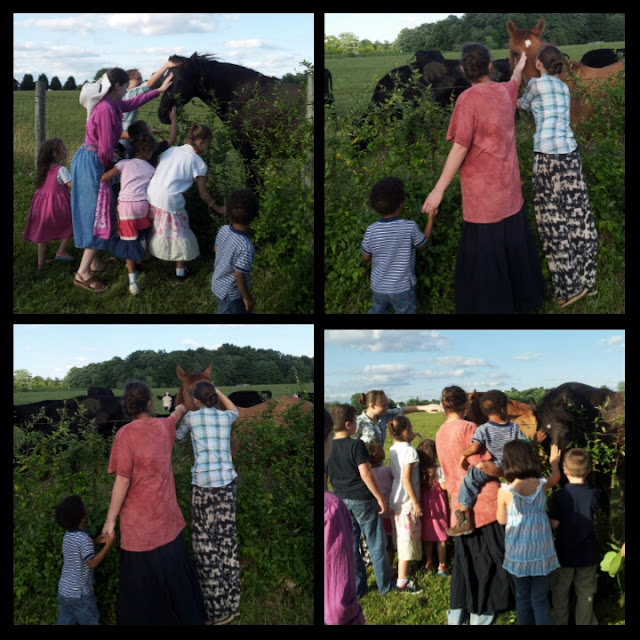 I Forgot How To Be The Happy Mom at Finding Joy

God's Guidance for Difficult Days at Tabler Party of Two

Jam at R is for Hoppit

Imagination. That's what is on my mind today. Imagination can be a wonderful tool. We often encourage children to use their imaginations when they are playing, or doing artwork, or writing a story. This world would be a sad and boring place without creative imaginations.

Used wrongly, however, imagination can take one down some dark roads.  Recently I have watched, and been in the middle of, a situation where someone's imagination has led to fear which has led to some major depression and wild accusations and statements that were so far out and hurtful that it was hard to know how to respond.

Lots of prayer, thought and Bible reading have led me to a few things in this situation. One is to stand firm. I wrote some about that here. Another is to realize that Satan wants to destroy relationships and if he has to use vain imaginations to do so, he will. But I don't have to bow to that. Instead I can take captive every thought of how much this hurts me and others, of anger and of bitterness and instead live in the freedom of knowing Who I belong to and allowing His love to flow through me. Perfect love casts out fear (1 John 4:18) and when the fear is gone the hold of so many other negative emotions is also broken. And finally, simply pray. Prayer not only brings God's power to bear on the situation but keeps me in fellowship with the One who comforts and strenghthens me no matter what the situation.