“You have heard that it was said, ‘Love your neighbor and hate your enemy.’ But I tell you, love your enemies and pray for those who persecute you, that you may be children of your Father in heaven. He causes his sun to rise on the evil and the good, and sends rain on the righteous and the unrighteous. Matthew 5:43-45

This morning it turned out Michael was the only one doing lessons with me but we had fun. We had our prayer time, reviewed our memory verse and sang our theme song. We also talked about how God has promises for us and one of those promises is protection for His children. We enjoyed the song Every Promise in the Book is Mine and then watched this video of the story of Shadrach, Meshach and Abednego.

We did the Starfall lesson for the letter Kk and completed a letter Kk writing worksheet. . . 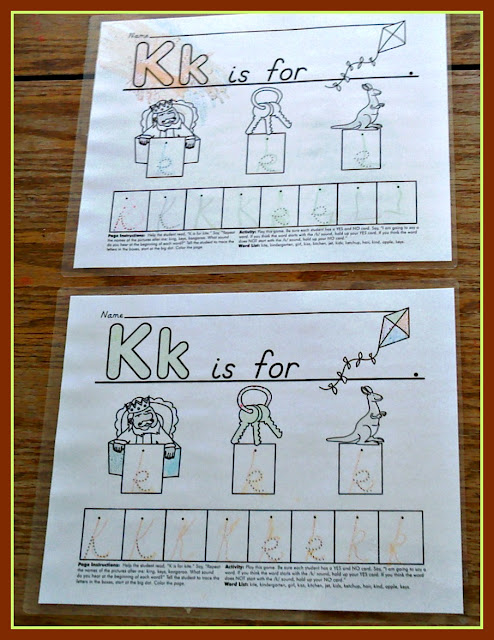 We love this Let's Get Fit Count to 100 song and video so exercised along with it and then did this Bird Number Puzzle.  Michael really enjoyed it and since I laminated it we can use it over and over again. 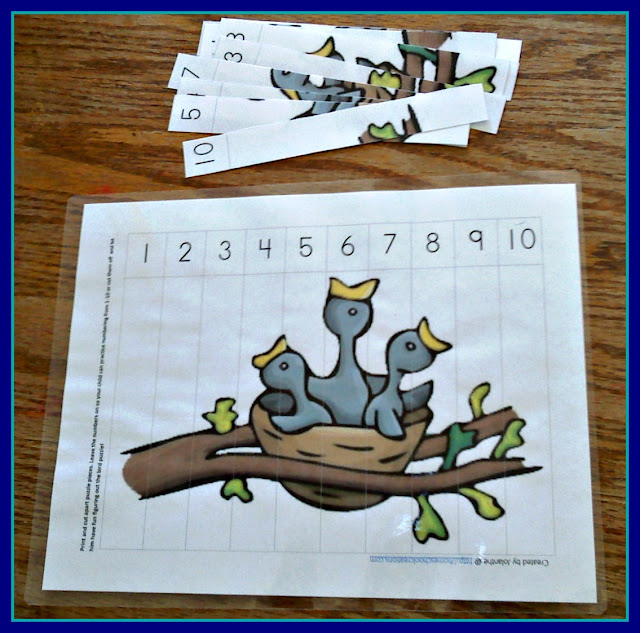 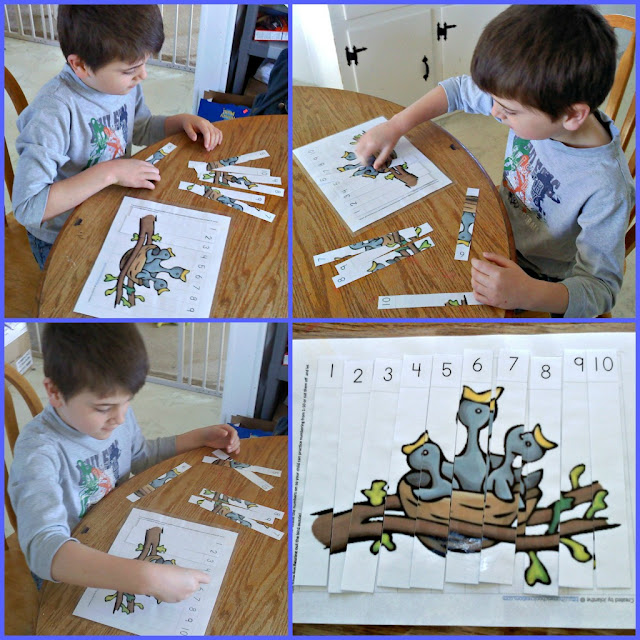 This week we're starting a new unit focusing on wild birds. We began by reading A Nest Full of Eggs.


We also enjoyed this Picture Dictionary - Birds video on Youtube. 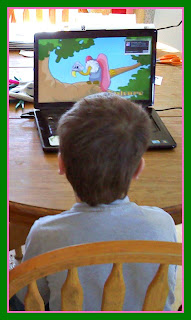 But the best part was these bird themed Beginning Sound Cards. Michael just loved these and once again, since they're laminated we can use them over and over again. I'm so glad I bought my little laminator. 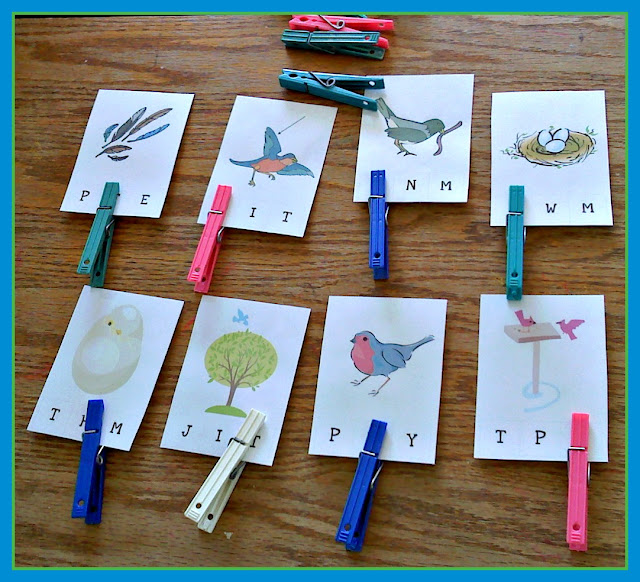 Austin watched some of his favorite shows today - American Picker and Pawn Stars. He loves learning about antiques and collectibles and gets a healthy dose of American History in the process.

Since there were no daycare children here the first part of the day it was a cereal and sandwich kind of day. This evening for dinner we had pancakes and sausage gravy, potatoes and I fixed a plate of fresh fruit and vegetables.

I cleaned up the kitchen after breakfast and did some laundry.

Austin cleaned up the kitchen after lunch and did the morning pick up in the living room and playroom. This morning he let the chickens out of the coop and gave them food and water and also took care of our outside dog.

Amanda cleaned up the kitchen after dinner, did some laundry, washed down the kitchen cabinet fronts, reorganized the shelf over the stove in the kitchen and did the evening cleaning in the mudroom and downstairs bathroom. This evening Amanda put the chickens back in their coop and gave them food and water and also took care of our outside dog, making sure she had refills of food and water.

Our morning and early afternoon were really quiet but this afternoon several kids were here. Amanda took Mykalin, Madalyn and Michael for a walk and then stayed out with them while they played in the yard awhile. 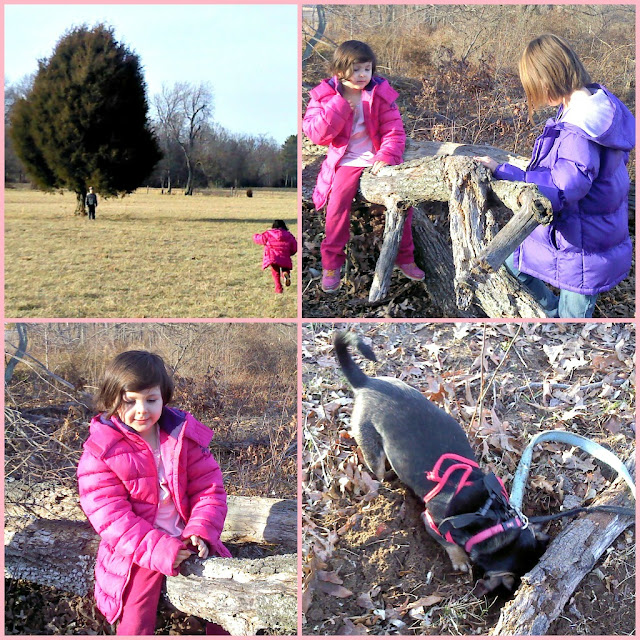 Austin and Doug, along with a group of other people, helped a lady from church move today. A man from church picked up Austin around 2:30 this afternoon and then after Doug got off from work he met the rest of the group. They got home around 6:45 this evening. Austin was excited because he was given quite a few old tools and a few other odds and ends.

I thought Michael would be really bored today because he didn't have any other kids to play with but he spent a large part of the day in the playroom driving toy cars from one end of the room to the other as he acted out lots of different scenes - broken down cars, trips to the store, going to a party, etc. He gave me one of the toy phones and we had many phone conversations, mostly of the "Hi, how are you, I'm fine" variety. But it really was fun and I loved seeing him use his imagination and keep himself happily occupied.

Saturday evening was the Boy Scouts Blue and Gold Banquet. The theme this year was outer space. They served a spaghetti dinner and it was delicious. 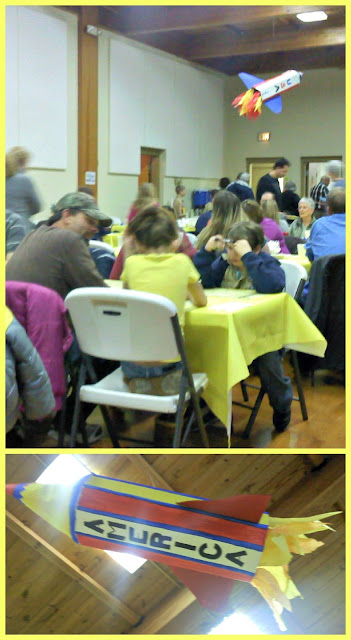 There was a magic show after the dinner that the kids just loved. 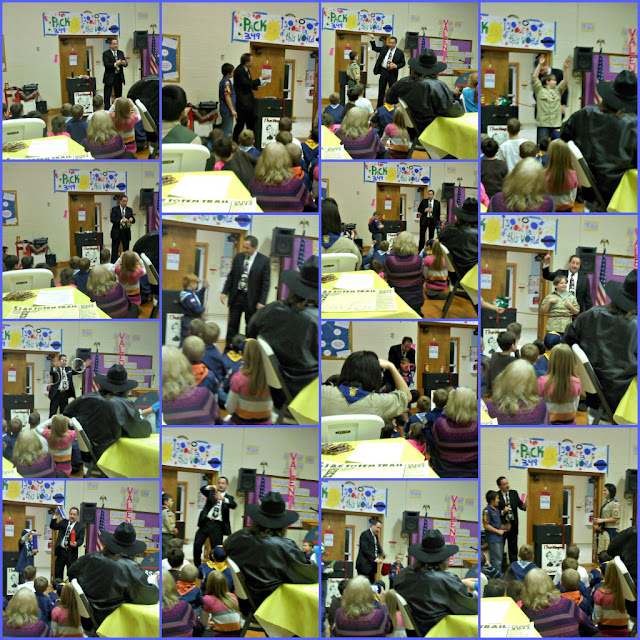 And for dessert there were cakes baked and decorated by many of the Scouts and their families. I had to get pictures of these cool cakes - so much imagination and creativity on display here. 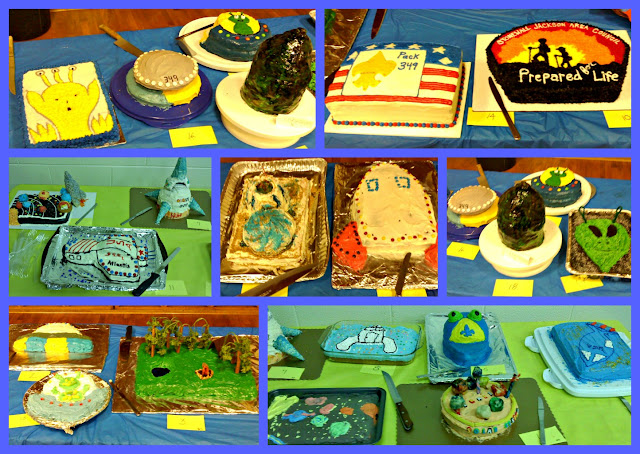 Another highlight from the weekend was going out to lunch with a friend. We went to a Chinese restaurant and spent hours just talking. It was one of the best afternoons I've had in a long time.

Last week kind of kicked my behind. I kept up with our schoolwork, activities and other things but somehow posting here fell way behind. I think when I really started having trouble was when Michael had two seizures again on Wednesday. I just had trouble getting my thoughts back together after that. He had been doing well since we raised his medication Jan 22nd. His neurologist said she can raise it one more time after this and if he continues to have breakthrough seizures she would consider admitting him for 5-10 days for constant EEG monitoring to see if we can get any more information on why he's having these seizures. The two he had Wednesday were fairly short, compared to some he's had. The first one was Wednesday morning when he just blanked out on us. He was sitting on the couch but not responding, totally blanked out, and then when he did began responding again he said his stomach hurt and he didn't want the breakfast he had just been begging for a few minutes earlier. The second one was a tonic clonic after he went to sleep Wednesday night. It only lasted about 30 seconds which was much better than the 5 - 20 minute ones he has had in the past. And I haven't seen any since Wednesday which is awesome.

The Camel Mother - I am the camel and he is the straw and I am broken.

What Mama Did: The Storytelling