All Your words are true, all Your righteous laws are eternal. ~ Psalm 119:160

This is Amanda vacuuming her hair!

Why is Amanda vacuuming her hair?

Because she poured glitter in it.

Why did she pour glitter in her hair?

Your guess is as good as mine. 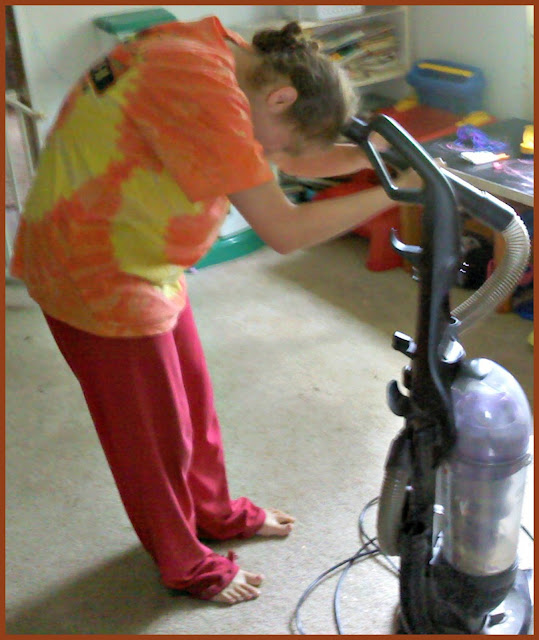 Doug worked on installing red lights on his truck for when he runs emergency calls with the rescue squad. Once again, he had plenty of help and supervision. 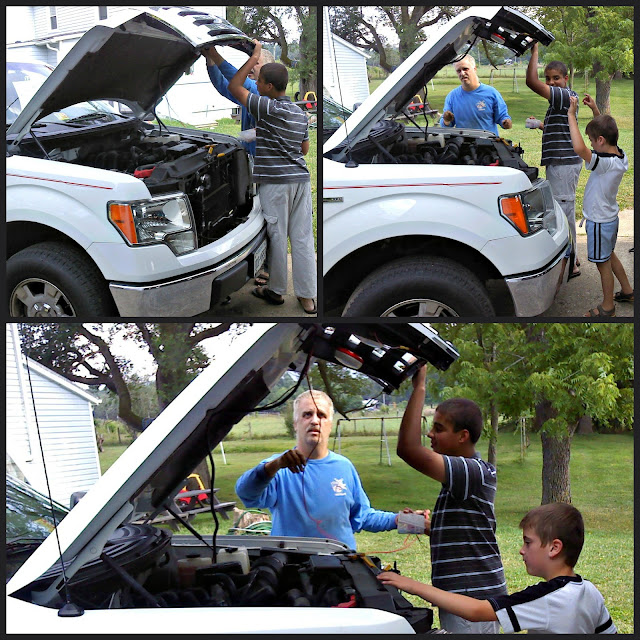 Blacks Beans and Rice - it's what was for lunch. I've made several different variations of this recipe, tweaking it until I have it the way I like it. It's one of my very favorite meals - and it is pretty much a whole meal by itself. Here's how I made it today. 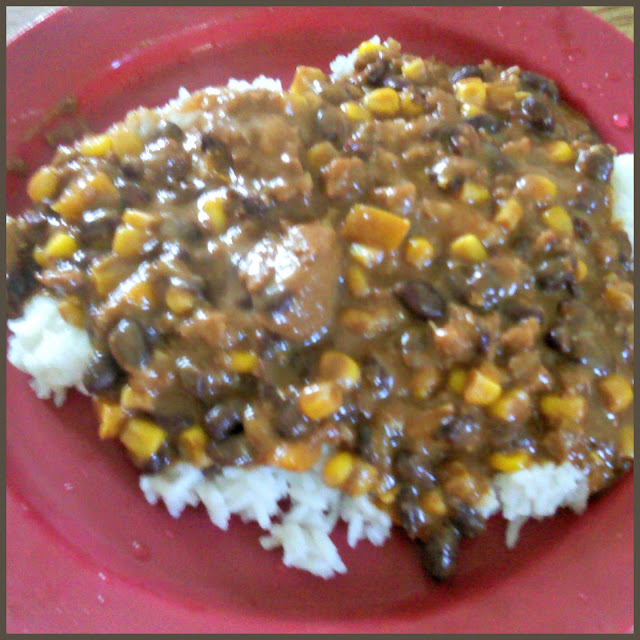 We have a little bunny that likes to come hop around in my poor neglected garden and in the yard. It will even act like it's teasing our grumpy white rooster, hopping toward the rooster until the rooster looks at it and puffs up and then hopping off again until the rooster settles back down. Then it will start the process all over again. It's so fun to watch.

Michael saw the bunny and decided to go down and see if he could touch it. I didn't think he had a chance but when he got to the bunny it actually started hopping toward him. However, the rooster (below on the left) had just had enough excitement and decided to take his frustration out on Michael. I don't know if I've seen Doug move as fast as he did running after that rooster and chasing it away from Michael! I think the rooster learned his lesson.  However, the bunny was scared off too and we haven't seen it again today. 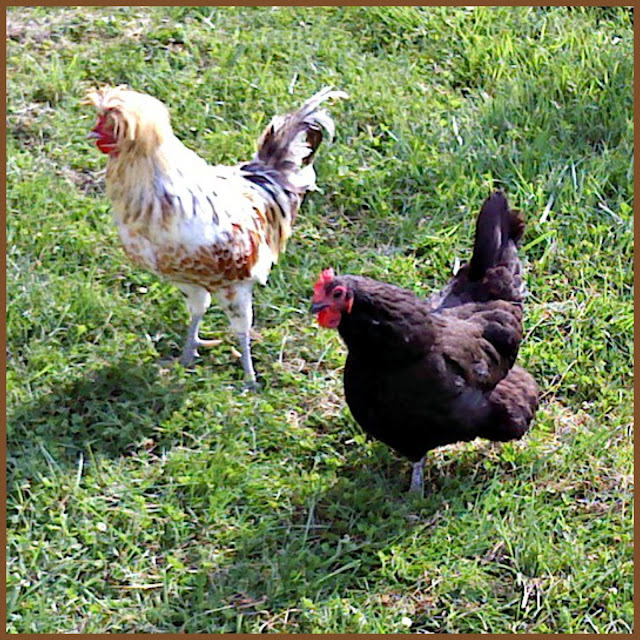 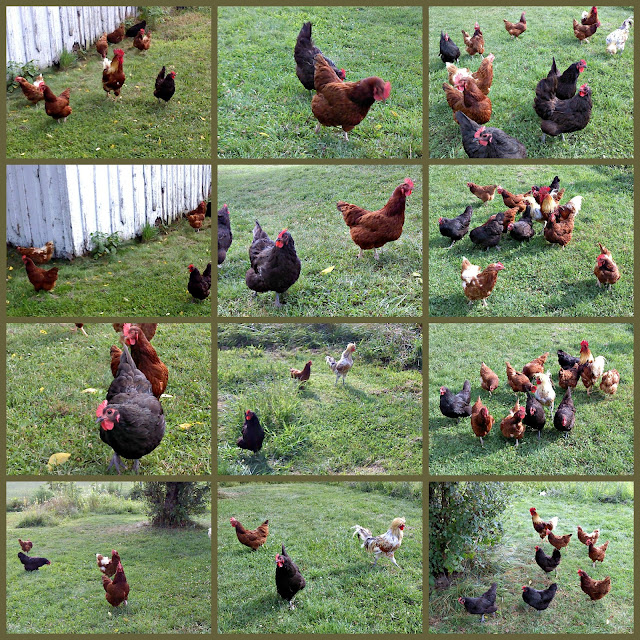 Austin's like the Pied Piper of the chickens when he goes out to feed them. They come running from all over the yard to follow him to the feed pan. 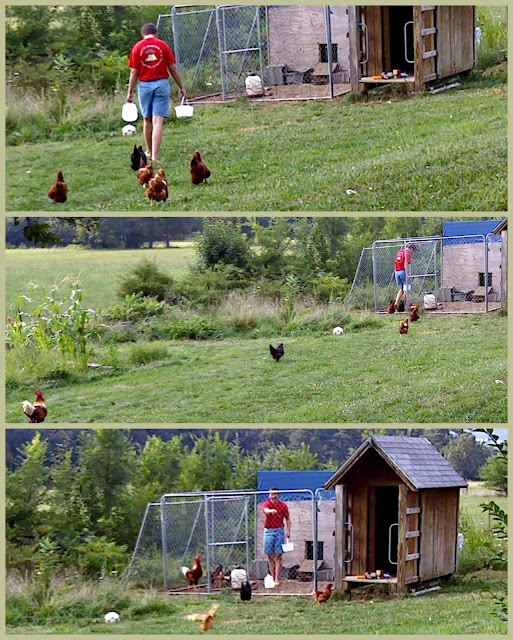 God tells us 150 times in the Bible to "fear not." He wants us to move from fear into faith. There is an open Kingdom of God sitting above us waiting to be poured out over us if we will simply open our lives in faith for Him to pour into. It is out of a perspective of fear that we make decisions that are contrary to the will of God. Sometimes the decisions we make when we move out of fear and into faith will look strange to others but we can rest in the assurance that when we are moving in faith in His leading we know that we are headed the right way. And faith gives birth to more faith so with each step we take our faith increases.

So do not fear for I am with you; do not be dismayed for I am your God. I will strengthen you and help you; I will uphold you with My righteous right hand. ~ Isaiah 41:10

But seek first His kingdom and His righteousness,  and all these things will be given to you as well.  ~ Matthew 6:33

Navigating the Nutrition Maze: Cereal Killers at Of the Hearth

Introducing Madi Walker at There is Grace

Sticks in a bundle are unbreakable. ~ Kenyan Proverb