“Glory to God in the highest heaven, and on earth peace to those on whom his favor rests.”
~ Luke 2:14


WORKING, LEARNING AND PLAYING TOGETHER

We were slow starting this morning. Michael had a rough night and I wanted to let him sleep in as much as possible this morning. Christopher, Lauren and I just lounged around and watched tv for a while this morning until Michael woke up. 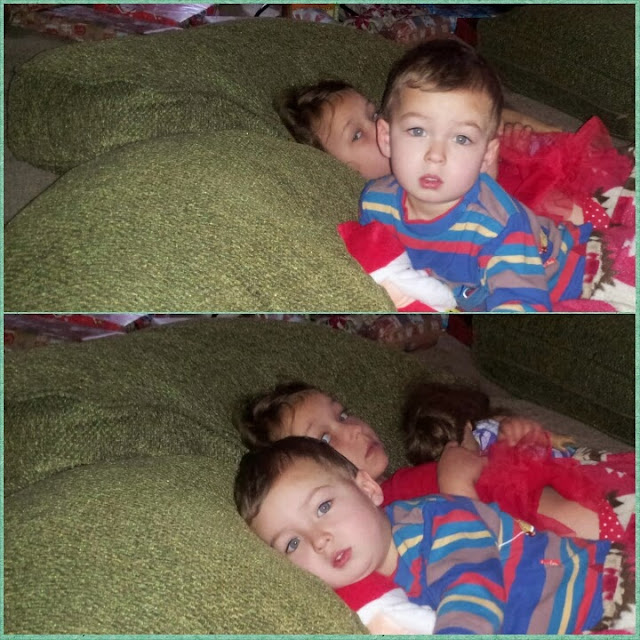 After breakfast and again this afternoon after quiet time we played some games together. 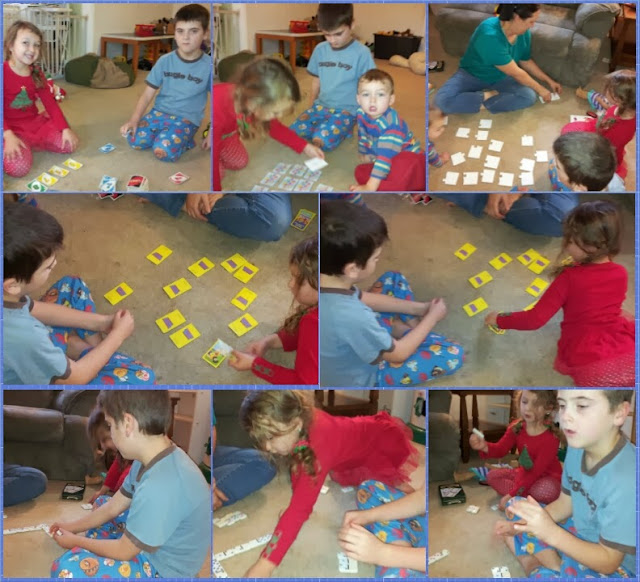 Amanda read books with Christopher and Lauren. Michael wasn't too interested in sitting for stories but Pepper seems to be enjoying them. 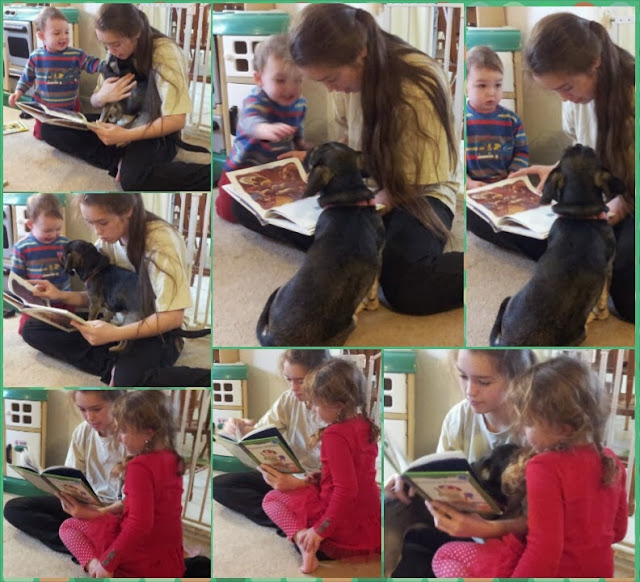 We went over to my sister's house for a couple hours this afternoon and Michael played with his cousins and friends there. 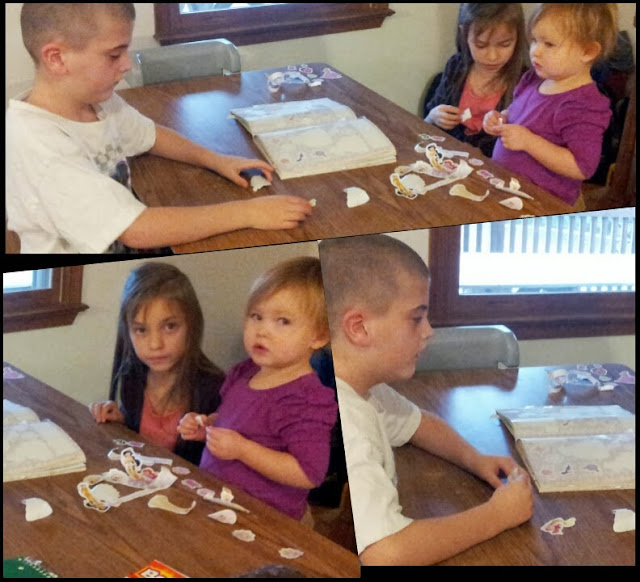 I gave Michael a haircut this afternoon. Lauren was my photographer. I was hoping to cut Austin's and Doug's hair too but somehow we got busy and that didn't happen. 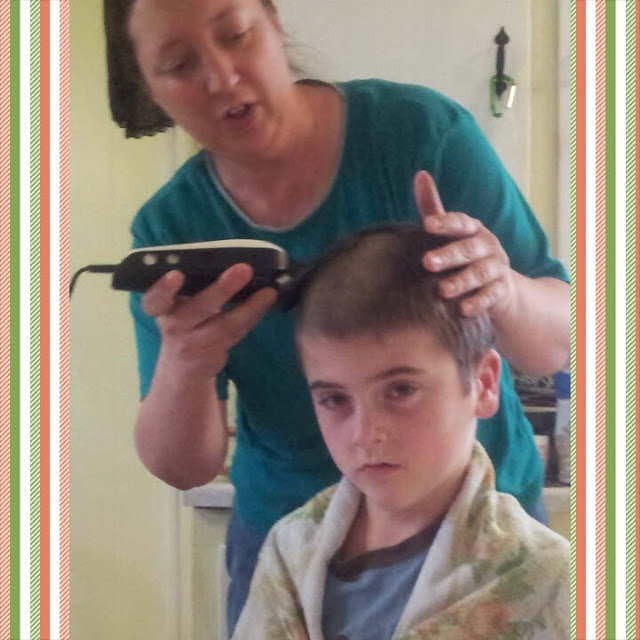 Austin spent most of the afternoon wrapping gifts. I finally got most of my wrapping done this evening while Michael was at Grandpa's with Doug. 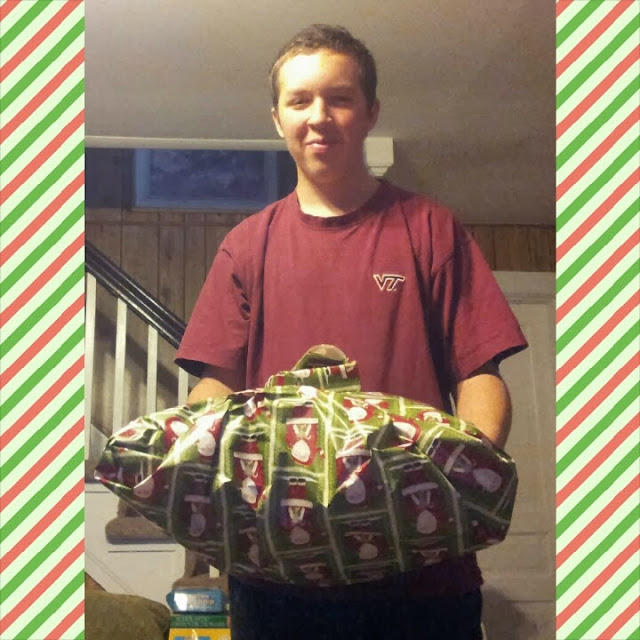 After dinner this evening Michael, Doug and I took a little ride to see Christmas lights. We didn't go far, just some of the neighborhoods close by. Michael has been having a hard time settling down at night the last few nights and I hoped going for a little ride before bedtime would help him settle down. He went to sleep quickly when we got home but now, at 9:45 he's awake and whiny again. I'm hoping this is just from the excitement from the holidays and not something bigger we're going to have work with. For years he had trouble sleeping but since we've been on the seizure medications he's been doing really well at night, until the last few weeks. Sleeping well in our case means most of the time he only wakes up once at night, with only an occasional night when he is awake off and all night. It also means he usually goes to sleep in 30 minutes, more or less, instead of taking two to three hours to fall asleep every night. I guess time will tell. If this continues we'll bring it up at his next doctor's appointment and see if we're missing something.

This morning I made a batch of Oatmeal Muffins. These muffins are mildly flavored and the kids really enjoyed them for snack. 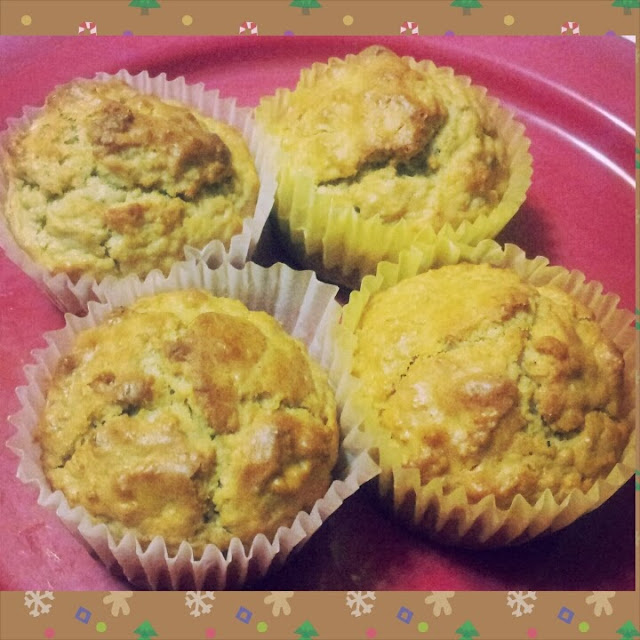 Mix together oatmeal and milk, let soak for 15 minutes.

For lunch Amanda made us some of her delicious homemade macaroni and cheese. The 9x13 pan of macaroni she made was scraped clean. She's a good cook. 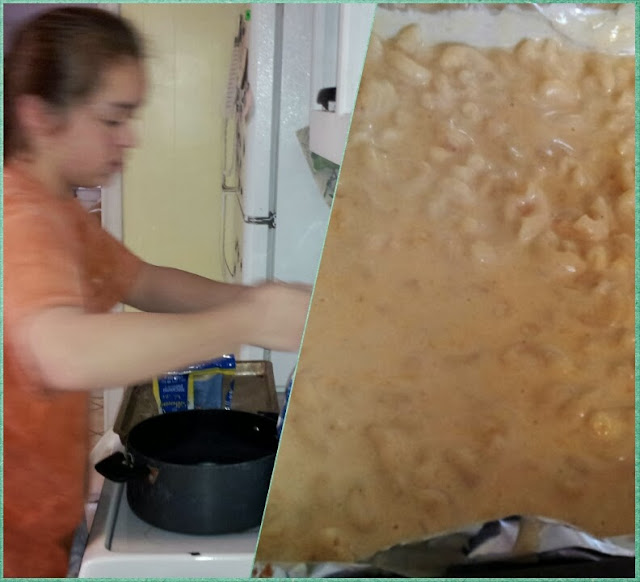 Peace is a word we hear often during this Christmas season. It is a beautiful word and I've always thought of it as feeling calm and safe. But yesterday during the Christmas program my sister shared how she had looked up the word Peace in the original Greek and found that it carries even more meaning. Peace is also associated with health, welfare, prosperity, bliss and every good and kindness imaginable. What an awesome gift is being offered to us the Christmas Season and every day throughout the year because of Jesus finished work on our behalf!

Also on my mind today is the fact that today would have been my mom's 64th birthday. I know she had a wonderful birthday in heaven. On Facebook today my cousin mentioned how wonderful it would be to have 1,000 angels singing Happy Birthday. What a beautiful thought!

Unless someone like you cares a whole awful lot,
nothing is going to get better. It's not.
~ Dr. Seuss 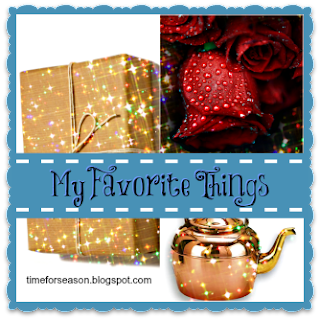